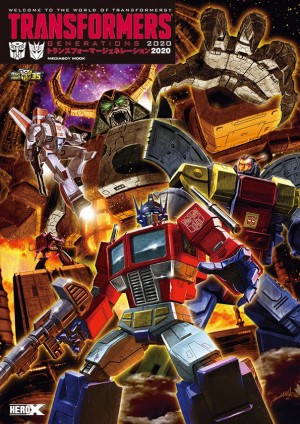 Thanks to a heads up from Seibertronian Cobotron, we've been directed to the Twitter account of Japanese company HeroX, which publishes the Transformers Generations books each year. These books give fans an in depth look at current and upcoming figures in the Generations line, and always include some amazing cover art. The fiber for the 2020 edition of this book has just been revealed, and it's another knock out! The main feature of the cover is the Chaos Bringer himself, Unicron! While his toy technically won't be released until 2021, he features along with Optimus Prime, Shockwave, Omega Supreme, and Jetfire. Preorders should start soon, and with good reason- this is scheduled to be released in December 10th, just a few short weeks away! Feast your optics on the image below, and let us know what you think! 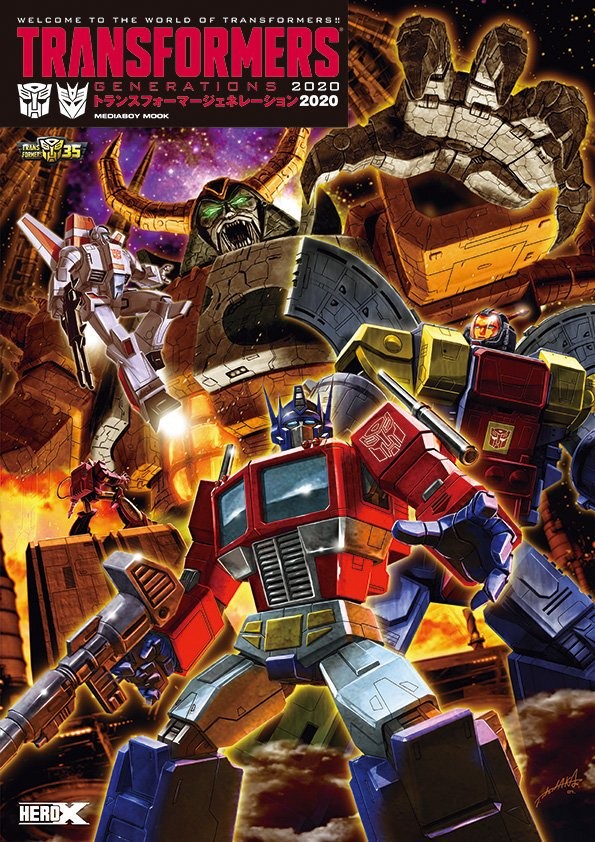 the Unicron freebie comic art was the equivalent of hulk having four nipples:/ fingers crossed the final figure has gone through a revision rather than this cover artist keeping the look truer to the character.