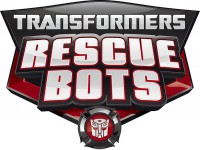 It looks like Hasbro is now going into direct digital distribution, and tries to sell your children stuff they can't even touch!
Well, that's one way to look at it anyway. As staff member and Transformers fan personality Jon3pnt0 has found out while looking though the available downloads for his sons Leap Frog, Rescue Bots Volume 1 and 2 are available for download!
Both downloads contain two episodes each, he also supplied us with screen shots! So if you've got access to a Leap Frog and you like Rescue Bots, this might be pretty awesome for both you and whoever else uses that Leap Frog.

Re: Transformers Rescue Bots on Leap Frog! (1381481)
Posted by jON3.0 on May 20th, 2012 @ 2:08am CDT
I have an Autistic son who is a big fan of Rescue Bots and was really happy that the videos were available for his Leapster Explorer. We got him the LeapPad for Christmas because he uses an iPad at school. He's watched them like crazy. We use the Leap Frog downloads as rewards for having a great day at school and home. And at $10 per volume, it's a lot less than the $25 games Leap Frog offers. That's basically $5 per episode which isn't bad at all compared to the prices of the other downloads. Thanks for posting!