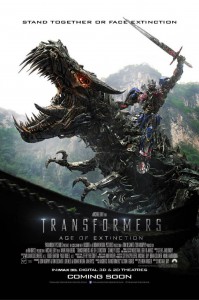 The week may almost be over, but Sequart.org are still producing articles around The Transformers franchise, from the cartoons, to the comics, to movie reviews and lots more - all to coincide with the release of Transformers: Age of Extinction! Check out the articles published so far since last Sunday here, and read the introduction below.


In celebration of the release of Transformers: Age of Extinction, Sequart will be publishing content related to the Transformers all this week.

From their initial “Generation 1″ cartoon, toys, and comic book in the 1980s, the Transformers have gone on to become a pop-culture staple. Yet they’ve received relatively little analysis. This week is a small attempt to correct that.

Sequart uses themed weeks as a way of celebrating popular subjects, filling holes in comics and pop-culture criticism, and serializing in-depth criticism over a single week instead of many weeks (or even months). You can think of them as miniature conventions or conferences.

DAVID WHITTAKER: Ok, so starting at the beginning how did the concept of More Than Meets The Eye come about? Had you had any plans for what became More Than Meets The Eye as you were working on cooperative projects such as Last Stand of The Wreckers or Chaos Theory? I ask this because you have seemingly innocuous characters, such as Rung or Whirl appearing in those tales, who go on to become major players. So to speak.

JAMES ROBERTS: Well, the series’ core concept – Rodimus heads off in search of the legendary Knights of Cybertron – was decided back in 2010 by either Andy Schmidt (John Barber’s predecessor as editor of IDW’s Transformers titles) or Mike Costa (who wrote IDW’s first ongoing Transformers title from 2009 to 2011) – maybe both of them. I think Mike came up with the idea of the Knights, although I was never given more than the name when I was asked to write More Than Meets The Eye. Anyway, back in 2010 IDW decided that from January 2012 Mike’s ongoing series would split into two titles, More Than Meets The Eye and Robots In Disguise. One title would follow Rodimus and Drift on their quest, the other would focus on Bumblebee trying to make a go of things on a devastated Cybertron. The Autobots would have fallen out – there would have been some kind of schism – and some characters would side with Rodimus, some with Bumblebee. At the time this game-plan was decided, no one knew what it was that would precipitate the schism, or which characters (beyond Drift) would side with the two Autobot figureheads. It was all really up in the air.

WHITTAKER: Knowing you go through that kind of stringent screening of dialogue lends, at least from this reader’s perspective, the characters a certain charming honesty. They seem like real entities rather than just mouthpieces for certain ideas and opinions or to appear simply as catalysts for narrative.

ROBERTS: Thanks! A lot of MTMTE stories are quite high-concept, or if not high-concept then high-density in terms of the plot and the number of things happening at any one time. And because you’re limited to 22 pages and a certain number of panels per page, you only have so much space to convey ideas and information. I try, sometimes successfully, to smuggle exposition into natural-sounding dialog.

I’ve become more confident in how to impart information, and in how good readers are at filling in gaps when you hold stuff back. You can structure a conversation between two characters in such a way that the reader comes in halfway through and discerns the thrust of what’s been said; and then you can dance around a bit and use ‘hard info’ sparingly, but the tone and pace of the conversation, and the order in which certain details are revealed, can lend everything a realistic bounce and ensure that what needs to be established has been established.