First Gen here with your newest addition to the Art of Transtopia Newsletter! We have some more great custom figures, kit bashes, fan artwork and for the first month in Transtopia history, we will be featuring non Transformers artwork also. Lots to see this month, so scroll down to check it out!

How to Showcase Your Work

The newsletter is your opportunity to show off your work and talent. We rely on your articles, artwork, and customs to make it interesting. Entries will be reviewed on a monthly basis. You can submit your work here:
Repaints, Kitbashes, Scratchbuilds
Fan Art
Fan Fiction
Guides

First up, we have a group of repaints for your viewing pleasure. When it comes to customizing Transformers, the repaint is often the first type of customization that a Transtopian will undertake. This group of Transtopians have mastered there craft with unique styles and unique figures.

We had an abundance of postings this month for repaints. Unfortunately, we can’t showcase them all, but you can see them all in our Repaint Forum.
.

zfeakye has done a couple repaints that have been showcased for us. His first is a repaint of an extremely popular mold, Classics Universe Starscream. Here we get this mold made into an Autobot incarnation Starfire!

A second piece done by zfeakye is a Revenge of the Fallen Jetfire.

Next we have Skyfire77 with a Revenge of the Fallen repaint of Construction Scavenger.

Resident Transtopian omega666 has treated us again to a couple more repaints of his, the first being Revenge of the Fallen Lockdown. Second up is his take on the Target exclusive Universe 2.0 Leo Prime. Grimlockprime108 has given us a look on his take of Transmetal Rhinox.

Grimlockprime108 also gave us a new figure out of Cybertron Undermine: Skullcruncher.

Next up are the kit bashes. From a simple modification to a full out custom built, kit bashes take creativity to the next level. Here are some great submissions by our members.

Blobatron got shot by Cupid and made a custom heart transformer. At the time of posting, the figure didn’t have a name.

Magnus510 used Universe 2.0 Prowl to give us Classics Jazz

First up under our Featured Artwork is a new take on a G1 Favorite. Rodimus_Major86 did this piece of his version of Shockwave.

HOWEE74 did this piece initially in pen and pencil then colored it in photoshop: Blackarachnia. 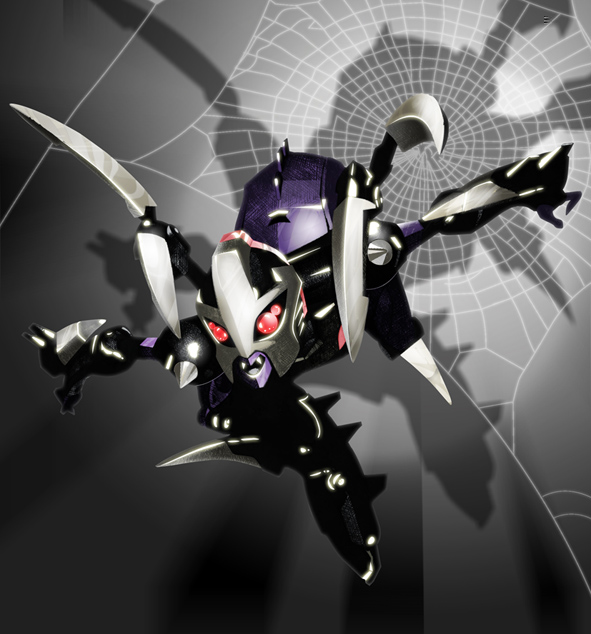 As I said at the beginning of the newsletter, we are featuring non transformers artwork this month and once you see them, I think you’ll understand why.


Joshua Vallse is our first featured non TF artist with his rendition of the Thundercats leader Lion-O.

Here is some digital art by Joshua Vallse, depicting a worldly scene.

Next we have one of our newest Transtopians, Kristian. Kristian is credited with the creation of the Non Transformers Art thread with these pieces that he’s shared with us here.

We would love to see your artwork, whether Transformers related or not.

Normally our fan fiction section is dominated by resident Fan Fic writer hell kitty, but this month we have a brand new Seibertronian stepping to the plate with fiction, NemesisUK‘s: Nemesis Prime Chronicles

As he get nearer he sees that a small transformer (Shadow Warrior) is being attacked by a larger transformer (Blaster).

He speeds to wards them (his honorable side kicking in) and fly’s up in to the air transforming in to his robot mode, both of the transformers stop shooting at each other as nemesis prime stands with his stellar converter cannon pointed at blaster, his right eye lights up red as he blasts Blaster.

Blaster falls to the ground, nemesis prime walks up to the small transformer who is shaking scared that he’s next.

Nemesis prime
“Are you ok?”

He says in his gravely voice down at the small transformer. He then walks away to wards his trailer.

Blaster stands up and ejects a cassette out of his chest that splits in to two guns, nemesis prime transformers in to Shadow commander but is being bombarded with laser fire.

Shadow warrior seeing nemesis prime in trouble he scans a weapon that is discarded on the floor, he transforms in to a double barrel Gatling gun and combines on to shadow commander’s shoulder.

Blaster is now being bombarded and is over powered, he retreats.

Shadow Commander
“Why did you help me?”

Shadow warrior
“You helped me so I repaid the favor”

Shadow commander walks away but Shadow Warrior follows him.

Shadow commander
“Why are you following me?”

Shadow warrior
“We should become partners”

You can read the rest of the story by clicking here.

Its been a while since we featured our Photograph section of Transtopia, so we’d like to try and reboot this feature by sharing these submissions.

Chuuzetsu got creative with an Armada Unicron figure and a Cybertron Primus figure to create this pic titled Unicron’s Snack Time.

There is so much more artwork that you can find in our Transtopia Forums, so feel free to stop by, check it out and comment on them. A huge thank you to all the Transtopians that submitted work, we try to feature as much as we can, but ultimately work gets left out, so get on over to the Forums and check it out.

We’ll be back next month with more custom goodness that you can find right here at Seibertron.com!

Like some of the photos and kitbashes, the snacktime thing was awesome
Re: Transtopia Newsletter - February 2010 (1049759)
Posted by mattyc1007 on February 22nd, 2010 @ 5:06pm CST
I mean dam, and I mean each of those customs is a kick in the nads, meaning these are AWESOME! In the past I could look at a few customs and I would like to buy that, but now every single one in that issue I want! Including those gob-smacking art pieces, somebody license Staples so I can get nice posters of these, I mean God.... no wait Primus

Jetfire is what hasbro should have done, and do know what, even those dang photo shop versions they did can't compare to this! Congrats to zfeakye for having an awesome piece on your shelf

Skyfire77 I love the weathering on that demolisher, never should any toy that takes the form of a construction (or should I say deconstruction) vehicle not have rust or any weathering effects on it. I looked at it at first and whats he done to it? Thinking this was a masterpiece class figure which was actually a normal £20 voyager at first. Nicely done your asking masterpiece money for that thing

Omega666 you hit me again matey, B E A utiful paint detailings that have those figures come to life, both on Leo Prime and lockdown. Ive never really been a Leo Prime fan but that is a very tasty or fisty figure you got going there (commenting on figs not your figure

Grimlockprime108, one word, Gorgeous! Out of the two of em, Rhinox is 100% my favourite!

And cause this kinda getting long, Heartformer, Arcee, Jazz and that giant barricade are just great (Thats a word these days that dosn't get that much respect but these figures re-invent the meaning!)

The Art such as shockwave and blackarcnia, let say beats the pants off any art I've ever attempted!

And come on those landscape and non TF related pieces are really nice, although the guy with the red hair I have no idea who it is, those eyes makes me want to hop onto wiki and find out!

Anyway! this in my opinion is one of the best transtopia newletters that has come out to date, and you all should be really happy with whats on your computer, wall, notepad and shelfs. Anybody want to hook me up with you ebay names and items numbers, you'd be welcome

why do these issues get better and better after when I left)
Re: Transtopia Newsletter - February 2010 (1049793)
Posted by hippymule on February 22nd, 2010 @ 7:21pm CST
I come on and see a post that says Transopia Newsletter!
THANKS FOR NOT F***ING PUTING MINE ON!! THIS IS THE SECOND F**KING TIME YOU completely ignore my post.

hippymule wrote:I come on and see a post that says Transopia Newsletter!
THANKS FOR NOT F***ING PUTING MINE ON!! THIS IS THE SECOND F**KING TIME YOU completely ignore my post.

If you take issue for who was/wasn't included, please word a polite PM to the author. Calling him out in this manner is not appreciated and will not be tolerated
Re: Transtopia Newsletter - February 2010 (1049822)
Posted by Burn on February 22nd, 2010 @ 9:25pm CST
There are also submission threads in each Transtopian sub-forum for a reason. It's better to make FG's life easier by submitting them than making him go digging through numerous threads across a number of forums.
Re: Transtopia Newsletter - February 2010 (1049984)
Posted by hippymule on February 23rd, 2010 @ 10:23am CST
OMFG

My problem aside, these were some of the coolest repaints and custom figures I've seen in a loooonnnggg time, so congrats.

Re: Transtopia Newsletter - February 2010 (1155531)
Posted by Dead Metal on December 9th, 2010 @ 2:40am CST
I'm locking this thread till the whole spam thing has been resolved.
Click here to view additional comments about this topic at the Energon Pub Forums ...