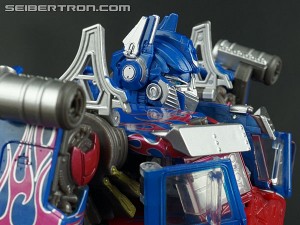 Welcome to the latest episode of the Seibertron.com Twincast / Podcast. Intrepid host ScottyP is joined by RodimusConvoy13 and, in what is like the sighting of a rare, albino elk, Razorclaw0000! What wise Transformers insights will they drop on you in this episode? More than you can imagine, Optimus Prime.

Episode #182 "Great Expectations" is available directly and in our RSS Feed, and should appear on iTunes, Google Play, and Stitcher Radio within 24 to 48 hours of when you see this news post.

Once the usual pleasantries are out of the way, the team dives into the San Diego Comic Con 2017 exclusives. Ordering seemed to go pretty smoothly for the cast this year, what was your experience? We also take time to reminisce on past experiences with obtaining exclusives. 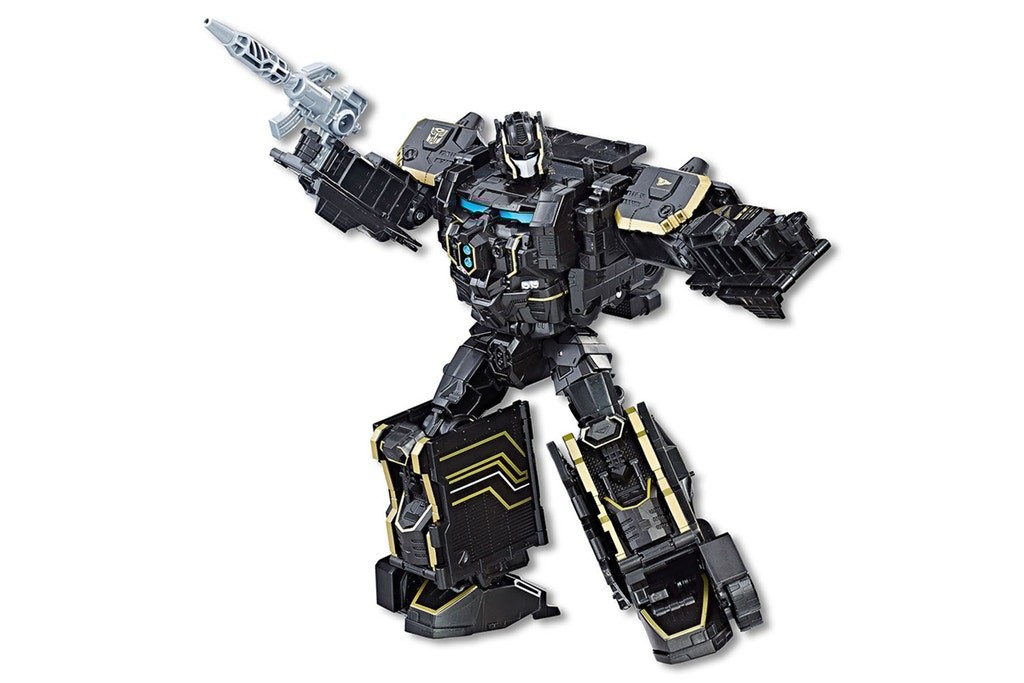 He was a skater bot
She said see you later bot

Moving onto more exclusives, the latest exclusive set from site sponsor Big Bad Toy Store has been released in the form of the Titans Return "Siege on Cybertron" box set, with preorders starting to be fulfilled. We discuss our thoughts on the set and how poor ScottyP waited too long and doesn't have a preorder. These are beginning to arrive at collectors' homes now, so if you got a chance to get in on this set let us know what you think of it by replying to this post! 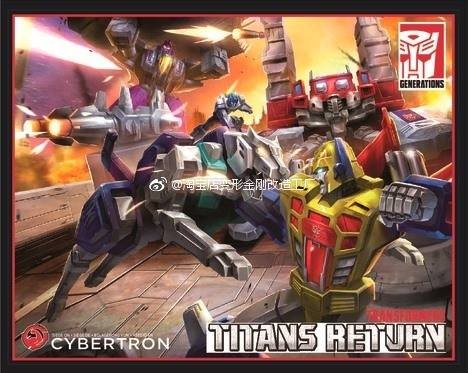 It's only $5 more than the Takara version of one of the figures. By Grabthar's Hammer! What a savings!

Next up, RodimusConvoy13 fills us in on the recently announced MP-40 Targetmaster Hot Rodimus. Is a new deco and a Targetmaster enough to warrant a purchase of this fine Masterpiece? The various differences between MP-28 and MP-40 are discussed along with variances between Firebolts and MP Targetmasters in general. Plus: an idea for a repaint that has Razorclaw0000 getting, well, let's just say "excited". 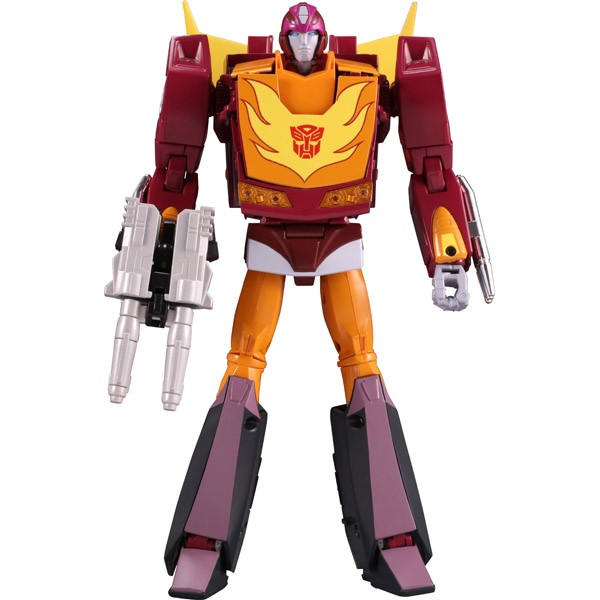 You'll never get me in full on Transformers: The Movie coloring, so stop asking.

Keeping the topic on upcoming Takara releases, our stalwart crew discusses the reveals of the upcoming Legends Overlord, Blitzwing, and Autobot Clones. What is difference between these and their Hasbro releases? What do we like better? Can the Shuffler repaint be the beginning of a robotic pachyderm army you never knew you wanted? What about the Clones? There's a little grumbling about them, but hey, it's not like Cloudraker is getting replaced by Ben Reilly... 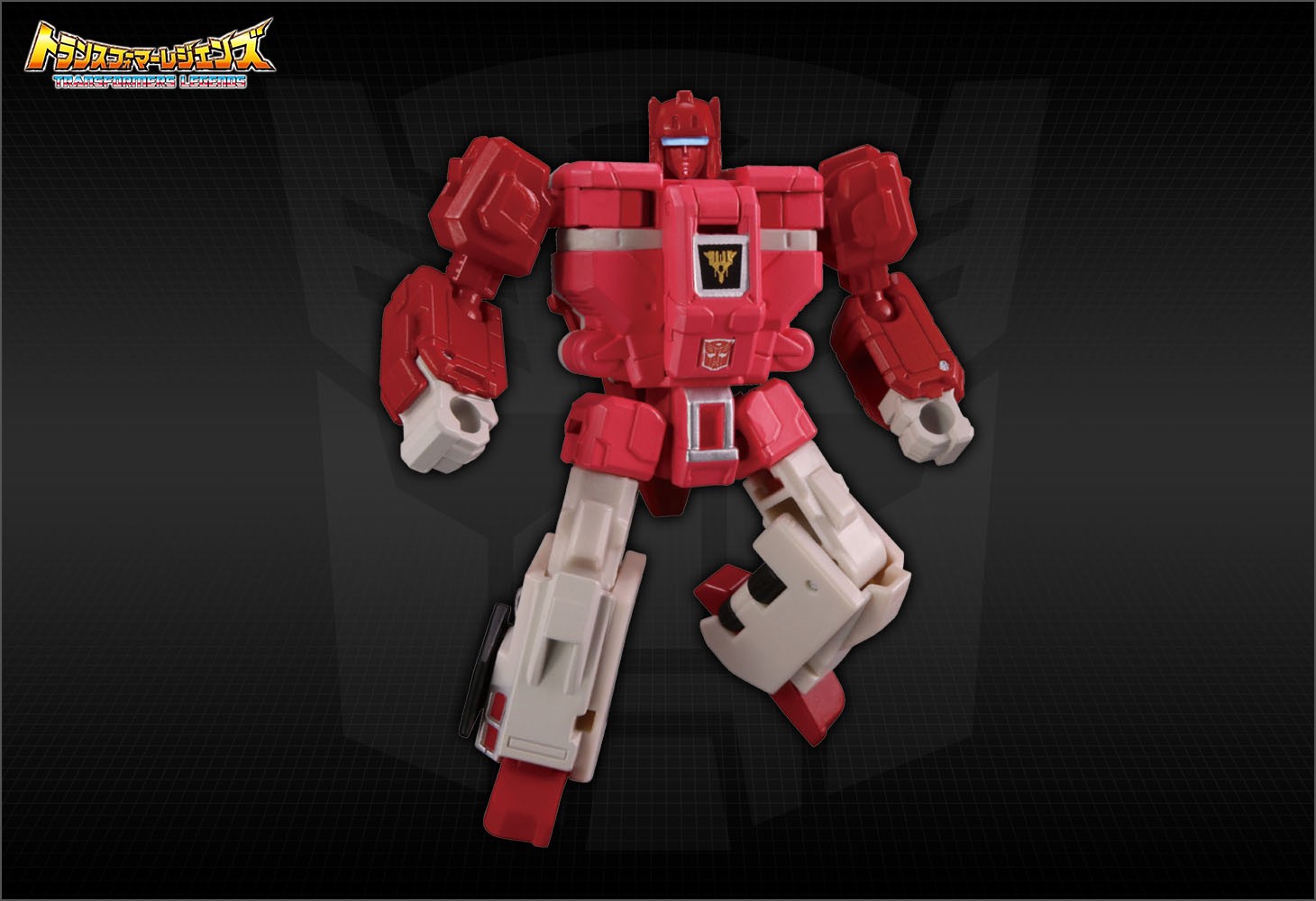 No, seriously, this is the real Cloudraker. That other guy was the clone.

Staying with toys, Scotty gives us his thoughts on Masterpiece Movie Optimus Prime and they are not good thoughts. He explains the difficulty in the transformation and poor instructions that come with the figure. It's more of an action figure than a Transformer to him, and the comparisons are damning. Listen in for the full rundown and find out why this one might have needed a little bit more time in Beta before being sent out to store shelves, and save money by just checking out the awesome Seibertron.com Gallery of MPM-4 Movie Masterpiece Optimus Prime. Seriously, it seems viewing the gallery is more fun than trying to transform the toy! 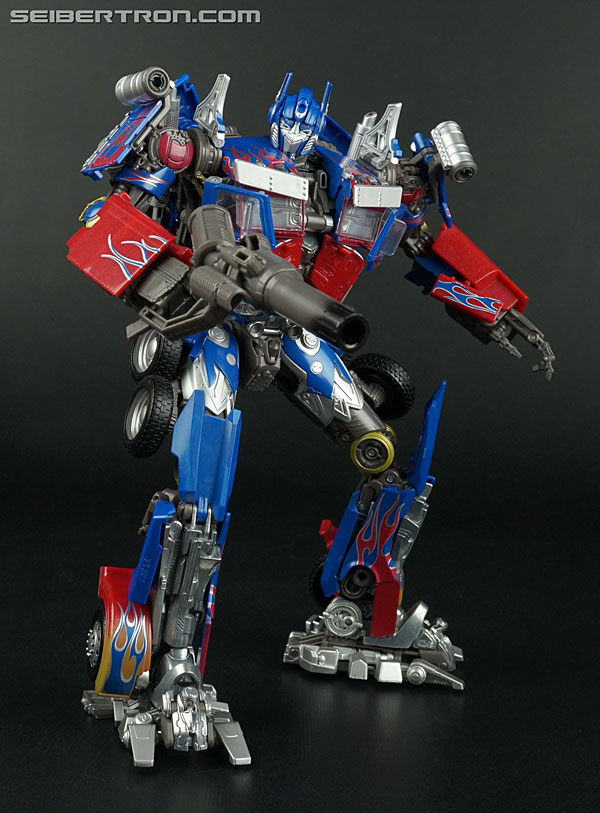 Prepare to spend a lot of time turning me into a truck.

Masterpiece Movie Prime's lackluster in-hand presentation, from the perspective of the box, packaging, included paperwork, and range of accessories leads into a discussion on what some of our favorite packaging/presentations of Transformers figures have been. What makes a great experience just opening the box? Has there ever been a figure that was greatly enhanced for you by the experience of opening the package? Let us know some of your favorites! 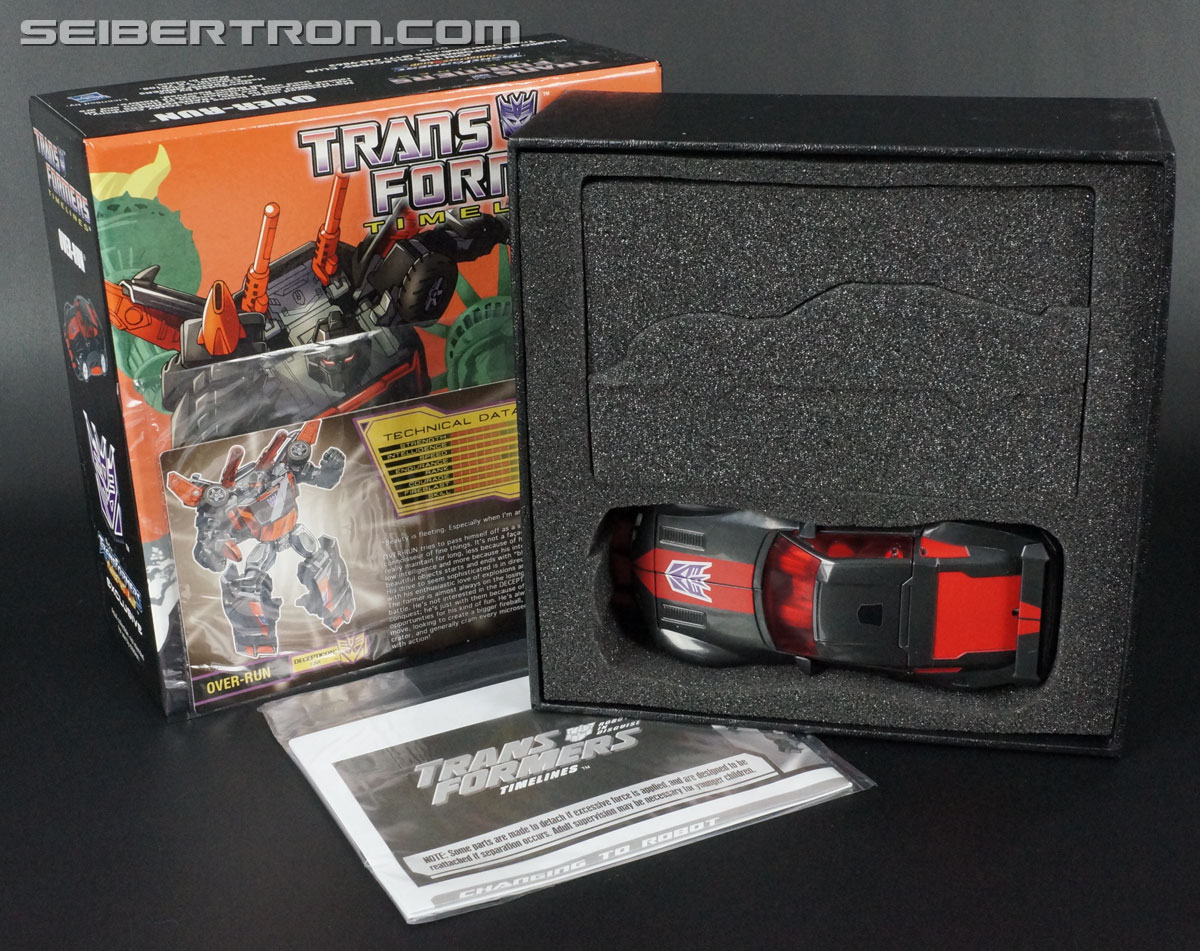 One thing we can all agree on - this packaging was just darn cool.

Moving on from toys to Media, it's been announced that the Japanese version of the G1 Cartoon is being released on Blu-Ray. Apparently this is getting released with no remastering. So it will be DVD(or less) quality on three blu-ray discs. We ask, "What is the point?" Also, it's really expensive. 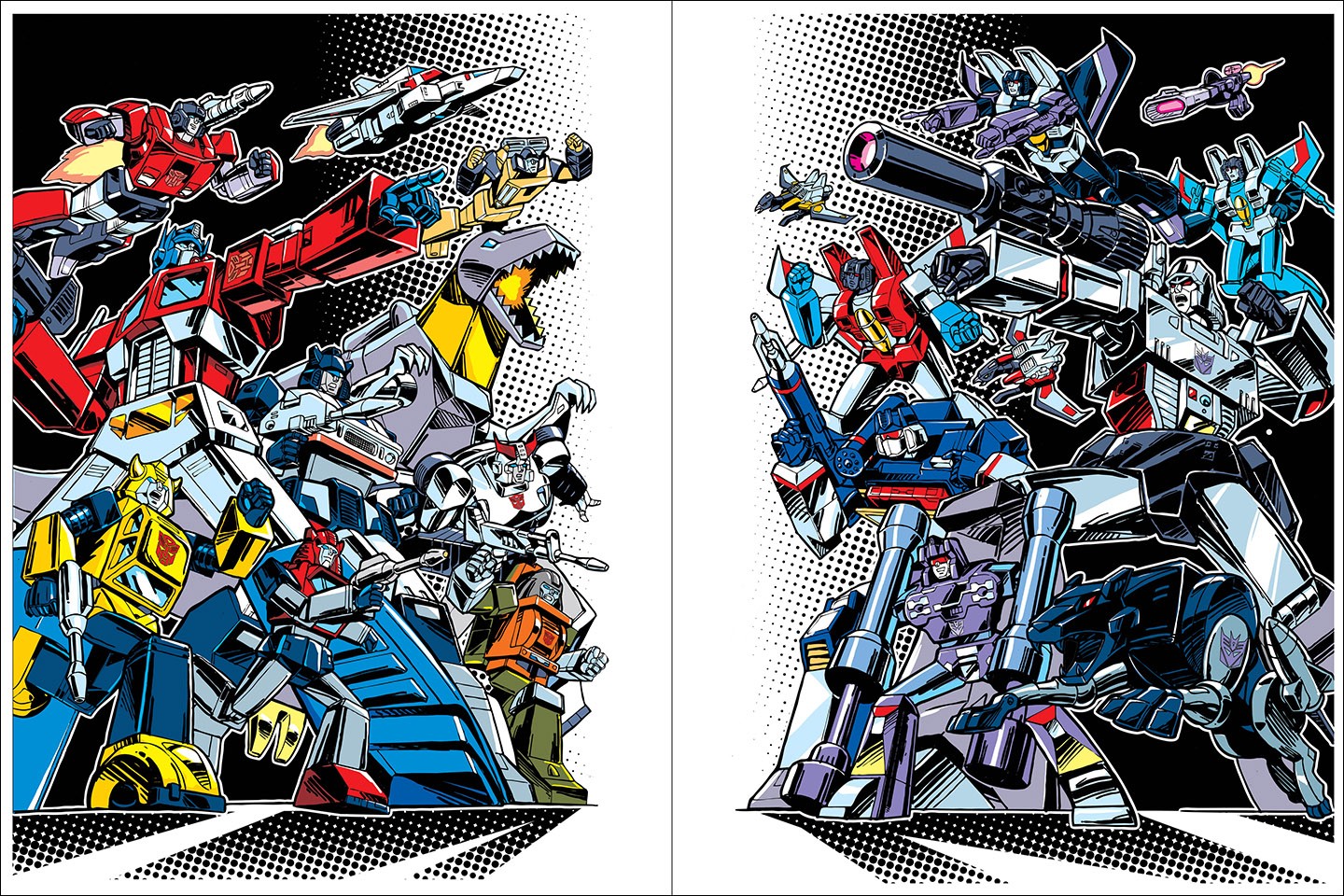 That's some sweet artwork though.

IDW's next big crossover event has started. We discuss First Strike and what we thought of it. Check out the Seibertron.com review here. It's a fun, action packed book that seems like a good jumping on point for the wider Hasbro/IDW Universe, but is the release schedule killing excitement for all the books it's spoiling? 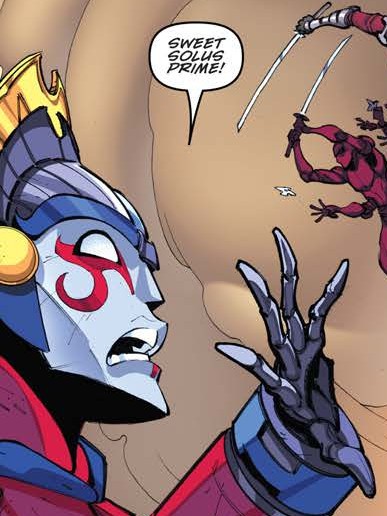 Next we discuss Revolutionaries #7 and how the big reveal in that book ties into First Strike. ScottyP lets us know that we're missing out on some fun stuff in the Revolutionaries book and listeners should check it out. It's the book Kup is hanging out in, so it can't be all bad.

We finish our comic talk with the last issue of a fantastic series, Til All Are One #12. We talk about what we loved about this particular issue and the series in general. It was a great book that showed the general day to day life on Cybertron. There's still the annual coming, so tell us what you want to see wrapped up in that story due later this year. 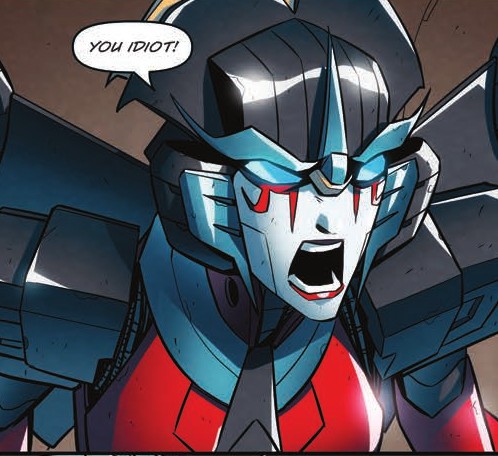 It was so much more than just a book about me!

The Twincast goes off the rails for a moment and lands in Westeros. Yes, again. We have a spoiler laden discussion that could easily spiral out of control. Will anyone take the Black and go to the Wall? Winter is coming! Hurry, let's steer this back to Transformers before the White Walkers get us! 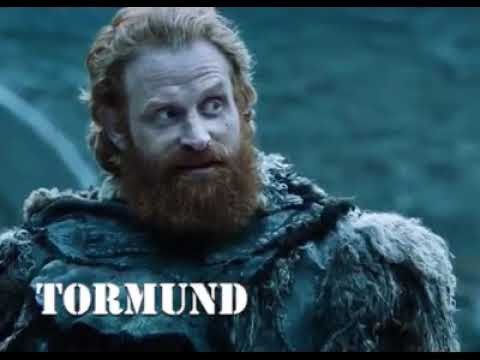 You think he likes Brienne, wait until he sees Arcee!

We finish off the show with some bragging rights. What new goodies have we gotten since the last time? How much is currently in transit? 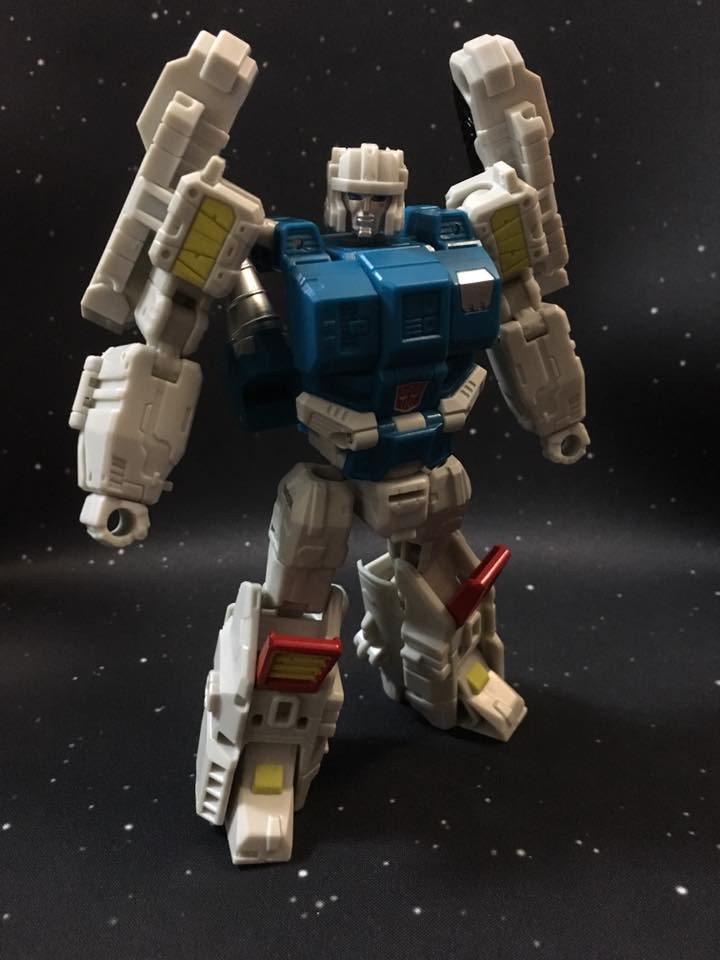 You think you like Topspin? You're gonna love me!

Until next time, we're the Twincast!

Posted 3 days ago
News Categories: Toy News, Movie Related News, Cartoon News, Comic Book News, Site News, Rumors, Event News, Digital Media News, Collectables, Game News, Sponsor News, Site Articles, Store News, Company News, People News, Press Releases, Sightings, Reviews, Unlicensed Products News, Auctions, Transtopia, Interviews, Knock Offs, Collector's Club News, Editorials, Heavy Metal War, Podcast, Contests, Book News, Top Lists
Click here to post your comment about this news story!
Re: Twincast / Podcast Episode #182 "Great Expectations" (1905418)
Posted by Flashwave on August 20th, 2017 @ 6:21pm CDT
Scotty: you talk about Revolutionaries 5 and the HoS stuf. I have not yet read beyond the book summaries but I am left feeling like "Why?" Why did we need to take the HoS books, which were good to great on their own and mash it into this Alan game verse? I liked Hearts of Steel and felt like this was going to cheapen it. Am I alone or unfounded?

I was sorta "meh" with the Forged Camien style Starscream. He just didn't look like the "Cybertronian" body style. If he had been a Camian in that body I woulda been fine, but I wasn't sold that that is what Starscream woulda looked like. That being said, I loved what they did with his constant body swapping bing a symptom of an unforged spark in a fake body

I thought of that Beatdown seen too,

One thought to Til Are One: What if the reason we love this series was BECAUSE it was so short. Not just because of any Rose Colored Glasses, but because there was a plan, albeit one cut short, and it ended without having to keep coming up with stories?

Flashwave wrote:Scotty: you talk about Revolutionaries 5 and the HoS stuf. I have not yet read beyond the book summaries but I am left feeling like "Why?" Why did we need to take the HoS books, which were good to great on their own and mash it into this Alan game verse? I liked Hearts of Steel and felt like this was going to cheapen it. Am I alone or unfounded?

What's with the tire debris joke?

Don't have long to post so cherry picked questions, will come back later for others!

On HoS, I was very hesitant when the solicitations came out which revealed they'd be going there. My expectations were on the level of "trainwreck". Ultimately, I think what they did with it was both a lot of fun and doesn't really diminish the original idea. I also think there's room for an interpretation that the first HoS series is still its own thing, and the versiom portrayed by Revolutionaries is a very similar but totally different series of events.

I'm also a total sucker for the Guido Guidi "vintage" style art that's used for it. See the 2012 RiD and MTMTE Annuals for other examples of that style.

Tire debris refers to the tiny chunk of Western Star OP truck tire included with SDCC TLK Voyager Prime. The piece is so small it feels like trash/debris rather than something special. It could be tire factory sweepings for all I know