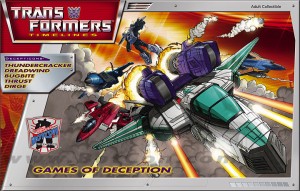 Ahem. This episode of the Twincast finds the crew returning to our recent toy roots with another dive into classics and now driving the bus to henkei-land where a brand new way of collecting 'the best of the best' began. We also look into thee, for some, new Siege Leader Optimus Prime, and talk about the current comic series with possible spoilers from issue #5.

Episode #223 "Symmetrical Docking" is available directly and in our RSS Feed, and should appear on iTunes, Google Play, and Stitcher Radio within 24 to 48 hours of when you see this news post. 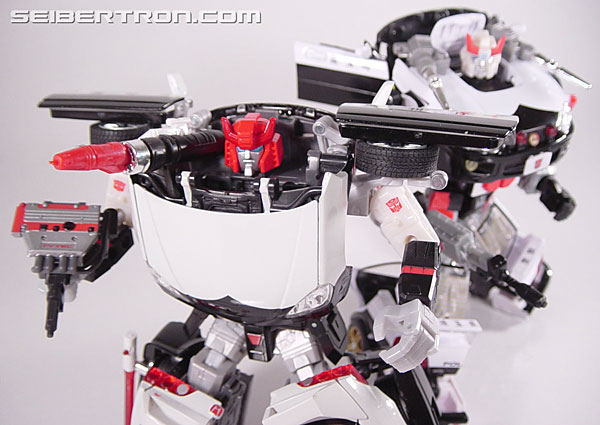 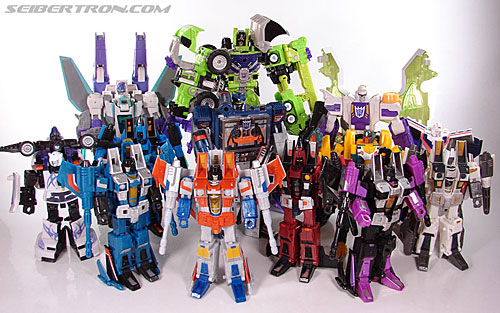 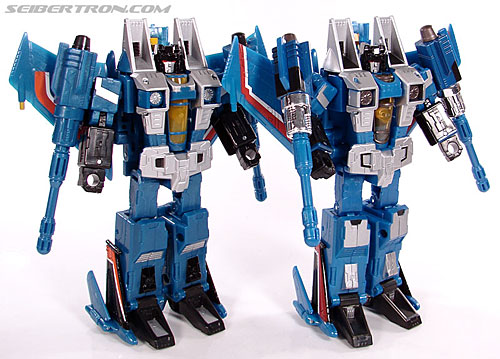 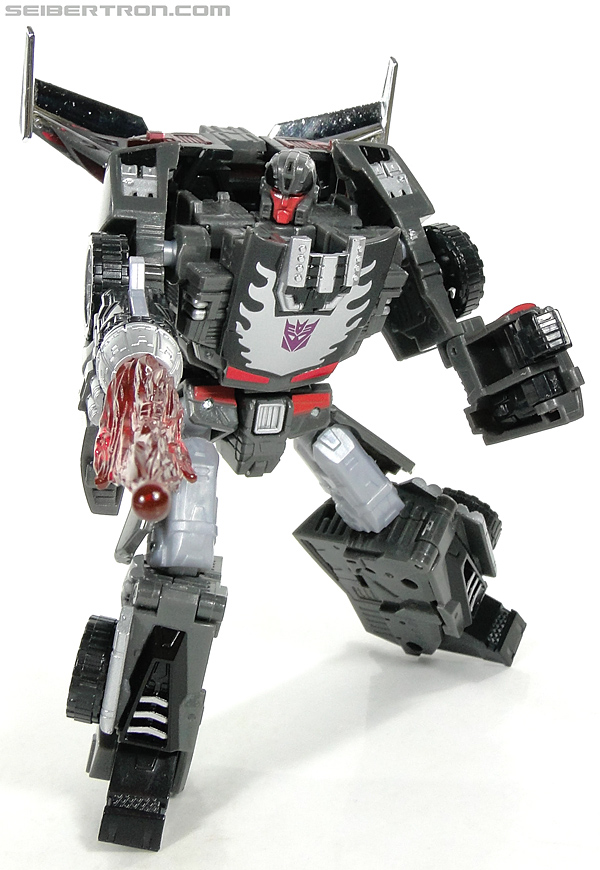 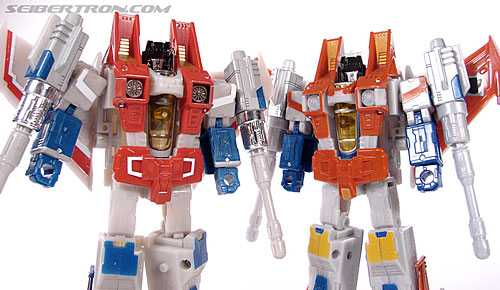 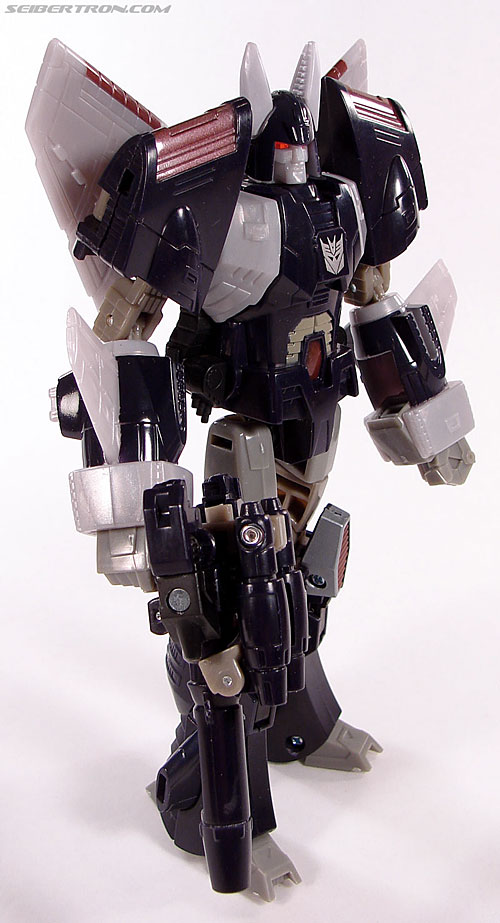 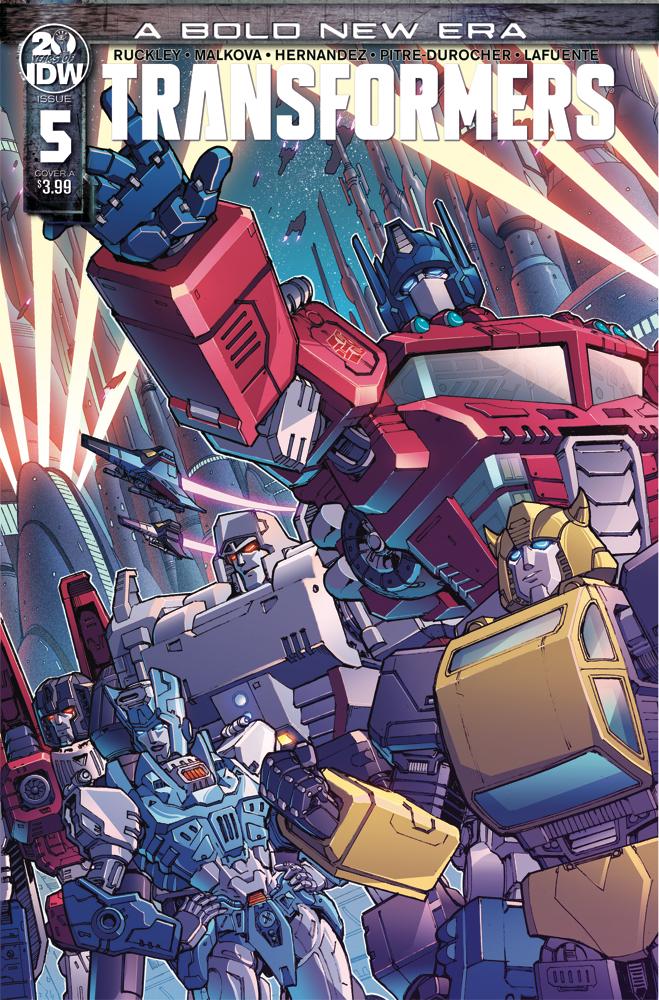 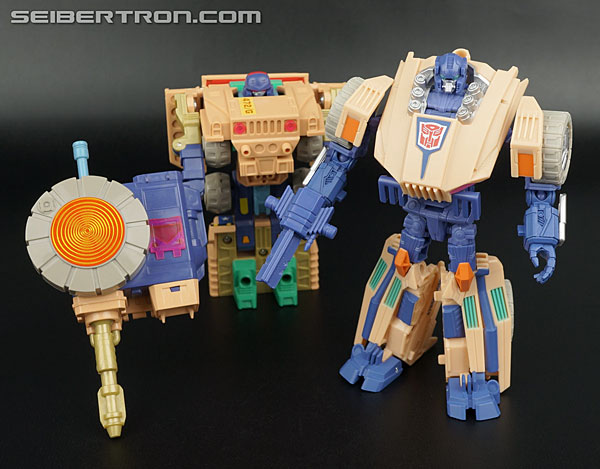 One of these is the IRONFIST that ScottyP is talking about...and one is not even close.


| Love us? Hate us? Extra Super Love us? Drop us a review on iTunes. |
| Want to keep the discussion going? You can do so by simply replying to this post! |
|Got a question for the Twincast? Ask the Twincast.

Never been a Beastwars fan so MP Blackarachnia is an easy pass. But I do love Fembots and seeing this figure reminded me of an IDW panel introducing on the colony world Eukaris a group called The Fate Weavers. I already had the 2 molds that made Animated Takara's Blackarahnia and after seeing a few YouTube reviews of the Beastwars version won me over with that one as well so I grabbed the cheapest on I could find on Ebay. And now I have my on group of Fate Weavers!

I have the same issues with Prowl and Chromia. Prowl looks too Stumpy to be considered as one of OP's Generals while Chromia is just.....Meh! But the only reason I bought them both were courtesy of Hasbro selling on their new Site for $10 a piece.

And I really hope it's not too hard to grab these "Select" figures same with the 35th Anniversary figures to.

EDIT: Oopse! My bad this was 222. Thought I was listening to 223.
Re: Twincast / Podcast Episode #223 "Symmetrical Docking" (2022808)
Posted by 8 bit on May 28th, 2019 @ 11:26am CDT
This was a fantastic episode and a great discussion on Classics. It’s the only Transformer toyline I’ve collected from 06 to the present. I’m still filling in some of the gaps to this day. Siege is helping, but in the past year I’ve purchased Henkei Prowl, United Jazz, and Henkei Rodimus with the FP protector armor, just to name a few.

I have some suggestions for Part 3 if you’re interested. First, Classics proper ended in March of 2011 with the final wave of Generations—the one with Wheeljack, Warpath, and Thundercracker. After that, the Thrilling Thirty and other subsequent lines followed a different aesthetic. The toys were smaller, more hollow, and the characters looked more like their IDW counterparts than neo-G1. Gone were the bulky toys that came out of the same vein as Cybertron/Galaxy Force.

Second, I’ve found that in the past year, Classics have become harder to find and are going up in value. If you wanted to get Classics/Henkei cheap, the summer of 2014 was the time to do it, right after Botcon. That was when Hasbro first announced the Combiner Wars figures and a slew of upcoming Masterpiece figures. 3rd party was also headed in the MP direction. If you wanted to keep collecting, you had to get on either the CW train or the MP train. Most collectors opted for MP and sold their Classics that summer. I should know, I was buying them up to fill the gaping holes in my collection.

Anyway, great job on this episode. Looking forward to the next edition.
Re: Twincast / Podcast Episode #223 "Symmetrical Docking" (2022825)
Posted by YoungPrime on May 28th, 2019 @ 1:42pm CDT
This was then only Siege Leader class figure that I skipped with no regret. I'm just dead tired of Leader Class OP figures. It's been back to back ever year. Give me a break and make some new characters who deserve the Leader Class treatment (No more Shockwave scams either).

Oh and Hasbro I'd gladly forgive this repetitiveness if next years Commander class is a REAL VERSION of Deathsaurus!
Re: Twincast / Podcast Episode #223 "Symmetrical Docking" (2023021)
Posted by ScottyP on May 30th, 2019 @ 11:07am CDT

8 bit wrote: Classics proper ended in March of 2011 with the final wave of Generations—the one with Wheeljack, Warpath, and Thundercracker. After that, the Thrilling Thirty and other subsequent lines followed a different aesthetic. The toys were smaller, more hollow, and the characters looked more like their IDW counterparts than neo-G1. Gone were the bulky toys that came out of the same vein as Cybertron/Galaxy Force.

The smaller items from 2012 onward + an aesthetic shift aren't debatable, those are dead on facts! I think what's interesting is how different collectors segment the various eras as time has gone on. For me, Combiner Wars is the line of demarcation for Classics '3.0' to '4.0' with Siege starting up on '5.0', but what you've outlined here makes perfect sense as well. At times now I'm really just collecting and enjoying new toys for the sake of it rather than refining a collection with all the character duplication.

YoungPrime wrote:This was then only Siege Leader class figure that I skipped with no regret. I'm just dead tired of Leader Class OP figures. It's been back to back ever year. Give me a break and make some new characters who deserve the Leader Class treatment (No more Shockwave scams either).

I got fatigued on Optimus toys as well, but Optimu$ is going to be a fact of life for every line/year until his sales slow down (only have anecdotal evidence to back that up of course.) At least we've had a sorta Powermaster, trojan horse release of Sunbow Orion Pax and a Unicron Trilogy version these past few years. Beats Studio Series using that same darn Voyager over and over?
Re: Twincast / Podcast Episode #223 "Symmetrical Docking" (2023295)
Posted by D-Maximal_Primal on June 2nd, 2019 @ 7:43pm CDT
Been meaning to post here, listened to this twice last week.

Great episode! One of my more recent favorites with the subject material.

The classics stuff is so interesting to someone who got into it only once thrilling 30 hit. it's great to listen about what everyone thought they were getting and how far it has gone since.

I don't own a single version of the Classics Prime or seeker mold, should i really try to fix that, or settle?

Keep up the good work! Keep that retrospective rolling! I'm eager to hit Generations and then T30 for some thoughts from you guys for those eras.
Re: Twincast / Podcast Episode #223 "Symmetrical Docking" (2023400)
Posted by ScottyP on June 3rd, 2019 @ 10:02pm CDT
^Classics Prime is a toy that holds up to this day. LG EX Magna Convoy is the most recent release of it, a weird Platinum release from 2016 is probably the cheapest these days.

As much as I like the Classics Seeker mold, I don't think it goes well with modern Generations stuff very well. Shows its age a bit more especially with all the other newer Seekers available.
Re: Twincast / Podcast Episode #223 "Symmetrical Docking" (2024513)
Posted by Stargrave on June 13th, 2019 @ 9:54pm CDT
I just wanted to also say great episode I totally loved the trip down memory lane of collecting over these many years. So many fun ‘oh yeah’ moments. Thanks Scotty!