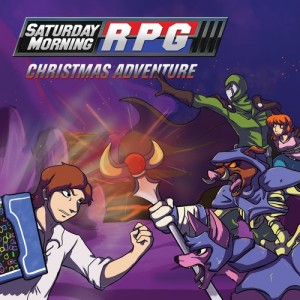 Jayson Napolitano of Scarlet Moon Productions sent us a message to inform us of Vince DiCola's newest work. Mr. DiCola is well known in the Transformers fandom due to his quite excellent soundtrack for the 1986 Transformers: The Movie. A deluxe edition with extended and unreleased tracks debuted as a BotCon exclusive in 1997, titled "Til All Are One".

His newest work is called "Christmas Adventure", for the Saturday Morning RPG video game available on Steam and mobile devices.

Here's what Mr. Napolitano had to say

Thought you might be interested to hear composer Vince DiCola has just released a Christmas medley that's featured in his soundtrack for Saturday Morning RPG, which will be released in its entirety next month.

Vince has long been a supporter of the Transformer community, and even though this news doesn't pertain to Transformers itself, I think it's relevant to his fans, and he'd love your help spreading the word!

I'd love for you guys to cover it and maybe even talk to Vince about it (there's plenty of Transformers-esque themes in the game, and even some Transformer-esque robots!).

It's true, Vince, much like Stan Bush (who has been covered many times here), has been a supporter of Transformers for quite some time.

You can buy the nearly 9 minute song at the link mentioned above ($1.29)
You can find out more about Saturday Morning RPG here: http://www.mightyrabbitstudios.com/?page_id=48

Saturday Morning RPG is an episodic role-playing game set in world heavily inspired by 1980s Saturday morning cartoons. Players take the role of Martin “Marty” Michael Hall, an average high-school student who has just been granted an incredible power. This power leads him to attract the ire of the world’s most notorious villain, Commander Hood. 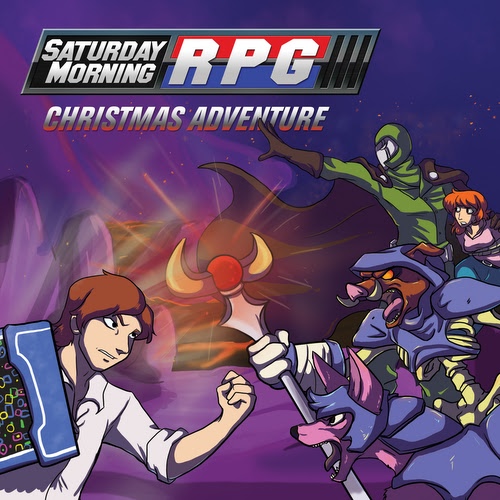 Nemesis Maximo wrote:Cobra Commander teams up with Ganon and Houndoom in order to kidnap Misty and defeat McGyver. Gotcha.

Nemesis Maximo wrote:Cobra Commander teams up with Ganon and Houndoom in order to kidnap Misty and defeat McGyver. Gotcha.

I would totally watch that.

Interestingly, all of the above mentioned villains have a verbal tick. The Commander hisses his 'S'es (say THAT five times fast), Ganon squeels at the end of sentences, and Houndoom...well, pokemon only really ever say their names, so, yeah.