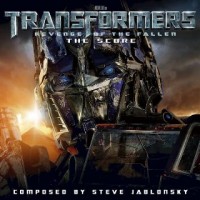 Whilst the Score for the original movie, encountered some distribution issues the score for Revenge of the Fallen seems to be having troubles of its own.

While the condensed ROTF score is available for download from itunes among other online music stores, there is yet no plans for a full score to be released.

TheKnightShift writer Chris Knight has informed Seibertron.com that there has been a new Petition started by Steve Jablonsky fan Mike Casteel, that hopes to garner enough support to have the full Revenge of the Fallen Score released in the not too distant future. This is not an isolated issue, with a fan supported petition helping the first movie score get released as a physical CD.

Re: Want More ROTF Score? (956138)
Posted by Joshua Vallse on July 16th, 2009 @ 4:25am CDT
After hearing it, I'm not too bent out of shape at not having the complete score. This movies score and the first movies seem rather similar save for this score having more ominous chanting. Which I can live without. Truth be told, I bought this score more out of fear of it's unavailability within a months time.

"I'd like to purchase this music by Steve Jablonsky."

"Hum, sorry sir we don't have that cd. Or any other from Steve Jablonsky."

"Huh, do you know who would have it."

"Honestly no, it just says discontinued."

Bastards. I'd say this music score is a must buy for those who were not able to purchase the first films music score nor feel like shelling out $80 on Amazon to obtain it.
Laters,
Josh