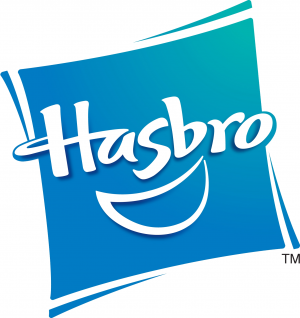 We've received a recent press release presenting the collaboration between Hasbro and SmarTots, a China-based company dedicated to the development of educational apps for iOS and Android systems. The two companies will be creating a series of apps for children, using Hasbro's franchises, including our own favourite transforming robots! Check out the full press release below.

BEIJING, Dec. 10, 2013 -- SmarTots, a leader in mobile learning games for kids, and Hasbro, the international toy manufacturer, are partnering to create a new coloring experience for three- to six-year-olds on the iPad.

With the new Transformers coloring game, developed by SmarTots for iOS, kids can use a variety of art tools to color in and decorate their favorite Transformers characters. The app seeks to cultivate creativity, and kids can express themselves as neatly or messily as they want!

"Transformers is one of the most exciting brands that we could imagine working with. We're thrilled to be creating a kid-friendly product using these renowned characters," says Jesper Lodahl, SmarTots CEO. "Our creative art apps are very well received by kids and parents alike, and adding Transformers to the mix adds a whole new layer of appeal."

SmarTots is also developing apps for other Hasbro brands like My Little Pony and Tonka, with plans to release in them in near future.

The creative art apps currently offered by SmarTots have already amassed over 1 million downloads (according to App Annie). This is due in part to the upward trends of the Chinese mobile market in both the gaming and education categories.

According to a recent survey[1] of parents in Beijing, Shanghai, and Guangzhou, a colossal 49.6 percent of parents would use a mobile device to teach their children. Hardware manufacturers like Samsung are also tapping into the kids space as products like the Galaxy Tab 3 Kids, a tablet designed to be used primarily by young ones, come to the market.

SmarTots is a developer, publisher and platform for kids' apps on iOS and Android. The company's mission is to change the idea that learning and fun are separate concepts. Every SmarTots app strives to stimulate the curiosity and creativity of kids, to engage and educate.

SmarTots is a Softbank backed company based in Beijing, and is active in the China market. The company was founded in 2010 by Jesper Lodahl of Denmark and Victor Wong of Canada.

Hasbro, Inc. is a branded play company dedicated to fulfilling the fundamental need for play for children and families through the creative expression of the Company's world class brand portfolio, including TRANSFORMERS, MONOPOLY, PLAY-DOH, MY LITTLE PONY, MAGIC: THE GATHERING, NERF and LITTLEST PET SHOP.

From toys and games, to television programming, motion pictures, digital gaming and a comprehensive licensing program, Hasbro strives to delight its global customers with innovative play and entertainment experiences, in a variety of forms and formats, anytime and anywhere. The Company's Hasbro Studios develops and produces television programming for more than 170 markets around the world, and for the U.S. on Hub Network, part of a multi-platform joint venture between Hasbro and Discovery Communications.

Through the company's deep commitment to corporate social responsibility, including philanthropy, Hasbro is helping to build a safe and sustainable world for future generations and to positively impact the lives of millions of children and families every year. It has been recognized for its efforts by being named one of the "World's Most Ethical Companies" and is ranked as one of Corporate Responsibility Magazine's "100 Best Corporate Citizens." Learn more at http://www.hasbro.com.

When all the best potential brand-names have been trademarked, what's left will sound like a mysterious, frozen foodstuff made from preschoolers.