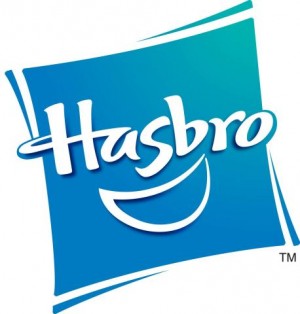 Via the official business channels for Hasbro, we have a press release regarding some new licensing partnerships between the owners of the Transformers brand and a number of fashion, beauty, and other companies around the world. Specifically, we can expect to see clothing and collectables featuring our very own transforming robots - find out more below!

Company Announces New Collaborations with Licensees Around the World in Fashion, Beauty and More

LAS VEGAS, Jun 08, 2015 (BUSINESS WIRE) -- Hasbro, Inc. HAS, +0.24% is set to arrive at Licensing Expo 2015 to spotlight its powerful portfolio of global franchises, including the TRANSFORMERS, MY LITTLE PONY, NERF, MONOPOLY, and JEM AND THE HOLOGRAMS brands. Recently named a top 10 Global Licensor by License! Global magazine, Hasbro continues to leverage its brand stories across all entertainment and marketing platforms and expand its rich portfolio of brands across multiple consumer products categories.

“Hasbro has evolved into a rich portfolio of diverse and highly progressive segments connected by one common goal: the activation of our franchises across every possible medium,” said Simon Waters, General Manager, SVP of Entertainment and Licensing, Hasbro. “2014 was the best year in Hasbro’s licensing history and we’re poised to continue that momentum in 2015, leading with an incredible story-driven entertainment strategy and immersive content in multiple forms and formats to strengthen consumer engagement with our franchise brands.”

At the expo, Hasbro will also unveil new global relationships across a variety of consumer categories, including:

The MY LITTLE PONY brand continues to be a fashionable favorite as UK designers FYODOR GOLAN introduce “RAINBOW WHEEL,” a colorful collection of luxury womenswear ranging from quilted puffer jackets to beaded evening gowns. The line will be available in leading department stores around the world, including Selfridges in the UK, Lane Crawford in Hong Kong, Harvey Nichols in Kuwait, and Luisa Via Roma in Italy, which will launch the collection in store with a MY LITTLE PONY brand takeover of its flagship location this summer.

In China, TRANSFORMERS fans can fuel up with branded gas cards distributed through CNPC (China National Petroleum Corporation), which operates more than 20,000 gas service stations throughout the country.

Key properties on display at the show include Hasbro’s iconic TRANSFORMERS and MY LITTLE PONY brands. The TRANSFORMERS brand continues to carve out its place in pop culture history with a total brand approach that delivers products and experiences for fans of all ages. Licensees across the globe have extended the blockbuster brand with age-appropriate products and retail programs spanning a variety of categories including digital, fashion, toys and games, digital gaming, and publishing. Fans around the world have connected with an expansive range of TRANSFORMERS branded content and lifestyle experiences, from the “Transformers: Robots in Disguise” and “Transformers: Rescue Bots” animated series to consumer apparel and one of the most popular theme park attractions in the world, TRANSFORMERS: The Ride - 3D, a must-see attraction at Universal Studios Hollywood, Universal Orlando Resort and Universal Studios Singapore.

The MY LITTLE PONY brand has solidified its place as a worldwide perennial favorite, with a global presence in 71 countries and across all major consumer products and promotional categories. The rich storyline and cast of characters from the “My Little Pony: Friendship is Magic” animated series, currently in its fifth season and airing on television in over 180 territories, has expanded the brand into an array of licensing categories, including more than 30 publishing partners, digital storybook apps, a popular comic series, wheeled goods, beauty products and even couture with apparel events and window displays at stores such as Selfridges Department Store (UK) and H&M. In 2015, H&A, the leading children’s licensed washing & bathing supplier in the UK, is launching a range of bath bubbles, bath accessories and gift sets for kids 3-6 based on the MY LITTLE PONY brand.

Hasbro HAS, +0.24% is a global company committed to Creating the World’s Best Play Experiences, by leveraging its beloved brands, including LITTLEST PET SHOP, MAGIC: THE GATHERING, MONOPOLY, MY LITTLE PONY, NERF, PLAY-DOH, TRANSFORMERS, and premier partner brands. From toys and games, television programming, motion pictures, digital gaming and a comprehensive lifestyle licensing program, Hasbro fulfills the fundamental need for play and connection for children and families around the world. The Company’s Hasbro Studios creates entertainment brand-driven storytelling across mediums, including television, film and more. Through the company's commitment to corporate social responsibility, including philanthropy, Hasbro is helping to build a safe and sustainable world and to positively impact the lives of millions of children and families every year. Learn more at www.hasbro.com and follow us on Twitter (@Hasbro & @HasbroNews).

Only $794 to pre-order a not very attractive Philipp Plein Transformers shirt :/

Those are some really cool card designs. All holographic and rainbowy; I wouldn't mind if my bank made that an option for my debit card one bit at all.

Starsaber468 wrote:Hasbro quickly realized that fans mainly care about combiner wars not RID so they decided to do mainly repaints for the RID line XD

Is that relevant to the news article?

(I haven't read much of it) But yeah, RiD really seems to have flopped, doesn't it? So much potential for toys and a vast array of characters just...squandered. Not in CW's favour though...they won't hit shelves either. I have no idea what's happening anymore...

Kyleor wrote:I'd love to see those gas cards in the US.

Only $794 to pre-order a not very attractive Philipp Plein Transformers shirt :/

Yeah, I'm not too excited over that T-shirt either. The 'design,' as in the nice grey tones on a black T is cool, but the pic itself is...well, less than exciting...

The gas card, however;