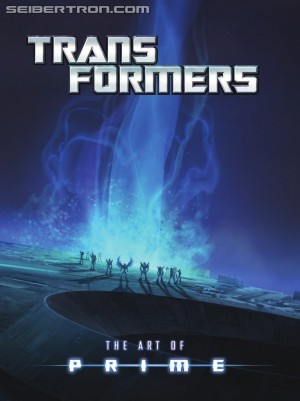 It's been a while since we last talked about the amazing book The Art of Transformers: Prime with author Jim Sorenson, but he's just dropped by Seibertron.com to let everyone know that he, along with Livio Ramondelli, Bill Forster, Ken Christiansen and Prime animators Christophe Vacher, David Harman, Vince Toyama, and Jose Lopez will all be attending a book signing event at Emerald Knights Comics and Games, at 7 pm on Wednesday 18th June, in Burbank! Check out more info below.

Wednesday before BotCon, we're having a big signing with all of the head artists from Prime (each of whom contributed in a major way to The Art of Prime), along with Livio Ramondelli, Bill Forster, and Ken Christiansen. The Prime guys (Christophe Vacher, David Harman, Vince Toyama, and Jose Lopez) won't be at BotCon, so it's not only a good way to kick off BotCon early, but a chance to meet some of the Prime staff that you won't get at the con itself.