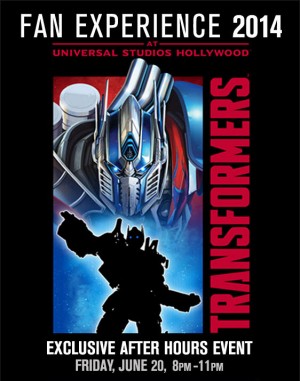 The TRANSFORMERS Fan Experience to include:

The annual TRANSFORMERS Collectors’ Convention to include: