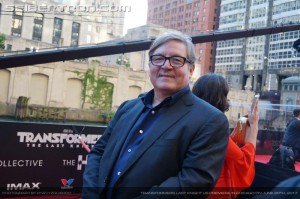 A long piece in Deadline features producer Lorenzo di Bonaventura discussing the current power of the cinema experience, where the Paramount and Huahua partnership can lead, and what is in store for the Transformers universe from this point forward - with a nod at the Bumblebee spin-off - looking at numbers and the experience of watching a movie itself. You can read some relevant snips below, and the full article here. 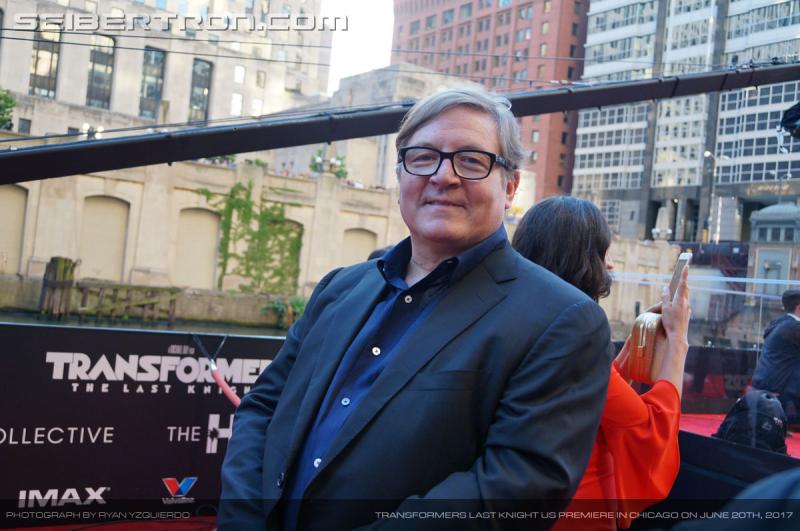 With Paramount still waiting on Huahua to financially commit to the studio, there’s also been some concern in the industry that China’s interest in Hollywood is waning. But di Bonaventura isn’t that cynical. In regards to China’s interest in Hollywood, “It’s happening,” says the producer. “I think it’s starting and stopping because there are lessons to be learned. We can only accelerate the pace. The more we do it, the more refined we get at it.”

di Bonaventura has pacted with China on a few Transformers movies, i.e. Huahua Media on Transformers: The Last Knight and China Movie Channel on Transformers: Age of Extinction. In those cases, a Transformers film received a certain amount of product placement from the Middle Kingdom, i.e. China’s automobile industry. In such a case, that type of branding contributes money toward a film’s bottom line. It’s different for each movie, whether it goes toward a film’s production cost or P&A. But in a case such as Last Knight, there was $20M of Chinese media perk.

Through five movies, the Transformers franchise has grossed $817M alone in China. The Hasbro movies’ explosion at the box office have been in tandem with the boom of the Middle Kingdom’s exhibition infrastructure, including Imax and 3D. The first Transformers movie ten years ago grossed $37.2M in China, repping only 5% of its $709.7M global gross. Chinese tickets sales hit a peak with 2015’s Transformers: Age of Extinction, raking in $320M, or 29% of its $1.1 billion worldwide haul. This summer’s Transformers: The Last Knight continued to yield strong results in China with $228.8M; an even greater share of the pic’s global ticket sales, 38% of $605.4M.
Paramount Pictures

Bumblebee is expected to refresh the franchise after Last Knight, while not losing the spirit that Michael Bay has hammered out. Last Knight slowed in ticket sales, as the movie was a challenge for more sophisticated audience markets to decipher from its previous installments. Bumblebee is different in that it’s a period piece that takes place in 1987 and will only star four Transformers in total, as opposed to previous’ titles massive robot car ensembles. Bumblebee opens on Dec. 21 next year.

Re: Lorenzo di Bonaventura on China Market, Future of Transformers Movies, More (1917590)
Posted by EvasionModeBumblebee on October 20th, 2017 @ 8:47am CDT

skywarp-2 wrote:Haha I remember that!

Question: what's the current ranking in terms of which movie is the best to worst, by fandom consensus??

skywarp-2 wrote:Haha I remember that!

Question: what's the current ranking in terms of which movie is the best to worst, by fandom consensus??

This is how I rank them:
DOTM
TF1
TLK
AOE
ROTF

See I liked ROTF, it's a great movie, so my ranking is like this...

In ROTF we get the matrix, classic banter with Star Scream and Megatron, devastator, the fallen on one of Saturn's moons, the intro of my fav. Team NEST and the original 12 Primes. Not counting the 12 knights. In total with TLK the movie lore is brilliant. I love the storylines. TLK reminds me of the cartoon, with cybertron coming to earth in the ultimate doom. Great storyline. TLK felt like a middle flick, which I can understand why it fell off at the theatres. The final 6th movie should,be the best to end the saga. I can't wait!

Going back, reviewing the movies, you really see G1 cartoon story ideas that become a live action version. Some changes made, but overall the impression I got as a kid, comes back with the overall scale of the movies. We truly are watching G1 In a different form. Close to source, but given more realistic movie scenario. Its a good time to be a transformers cinematic universe fan. I love the TCU.
Re: Lorenzo di Bonaventura on China Market, Future of Transformers Movies, More (1917623)
Posted by Barricade.it on October 20th, 2017 @ 11:47am CDT
"will only star four Transformers in total, as opposed to previous’ titles massive robot car ensembles"

From a mistake to the opposite mistake.

Too many robots in TLK, okay: but only four robots in Bumblebee is sooo sad...
Re: Lorenzo di Bonaventura on China Market, Future of Transformers Movies, More (1917656)
Posted by Budder Prime on October 20th, 2017 @ 2:51pm CDT

From a mistake to the opposite mistake.

Too many robots in TLK, okay: but only four robots in Bumblebee is sooo sad... 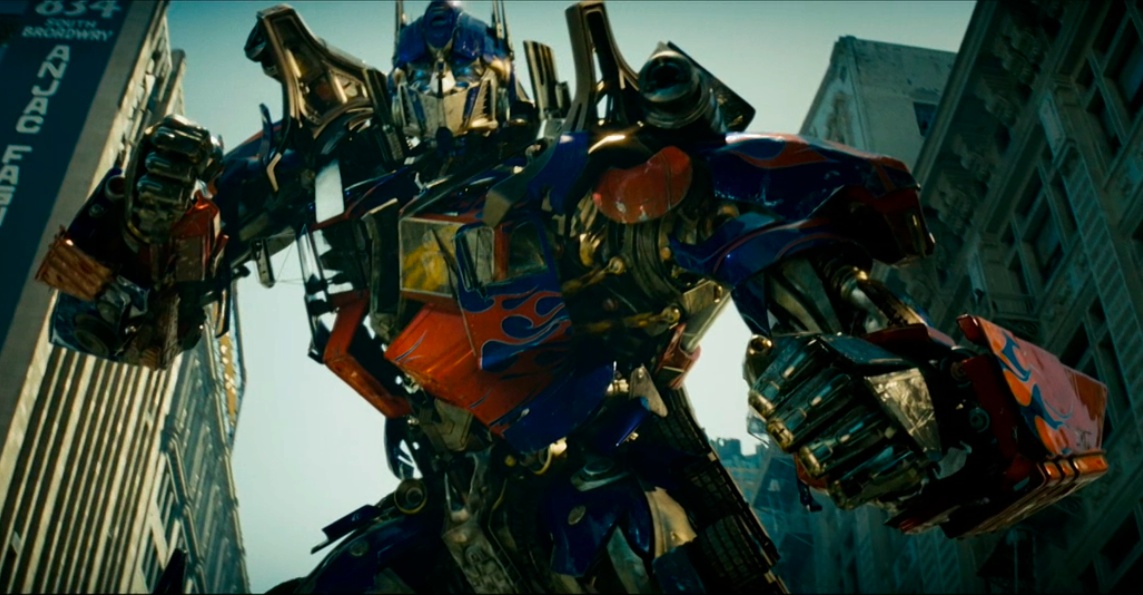 HOLLYWOOD--(BUSINESS WIRE)--Paramount Pictures and Hasbro, Inc. today announced that they will be teaming up to produce and distribute content based on Hasbro brands, as well as original stories. The two companies will collaborate on live action and animated films, with Hasbro’s Allspark Pictures and Allspark Animation playing an active role alongside Paramount Pictures in development and production.

This announcement expands upon an existing relationship between the two companies. Hasbro and Paramount have partnered on five Transformers movies to date, as well as two G.I. Joe films, and the first Transformers spinoff, Bumblebee, is slated for December 2018.

"Paramount has been a valuable partner of Hasbro’s for more than a decade, and we’re looking forward to taking our relationship to the next level," said Brian Goldner, Chairman and CEO, Hasbro. "Storytelling, in its many forms, is revolutionizing our business and differentiating Hasbro in all sectors where we operate. We look forward to collaborating with the talented team at Paramount to create powerful new stories for kids, fans and families globally."

"Hasbro has an enormous array of exceptional brands, so this expansion of our relationship is incredibly exciting," said Paramount Pictures Chairman and CEO, Jim Gianopulos. "We look forward to working with Brian Goldner and Stephen Davis and the Hasbro and Allspark teams to create extraordinary film properties for all audiences."

Hasbro recently hired Greg Mooradian as president of Allspark Pictures, with responsibility for live action film and television. Allspark Animation, the company’s label for animated film and television content, is led by Hasbro’s Meghan McCarthy. Hasbro acquired Boulder Media in 2016, a leading animation studio based in Dublin, Ireland, to produce its television and film animation. Hasbro Studios, its distribution arm which the company founded in 2009, distributes TV and digital content to more than 190 territories globally. The entertainment division reports to Hasbro’s Chief Content Officer, Stephen Davis.

Hasbro (NASDAQ: HAS) is a global play and entertainment company committed to Creating the World's Best Play Experiences. From toys and games to television, movies, digital gaming and consumer products, Hasbro offers a variety of ways for audiences to experience its iconic brands, including NERF, MY LITTLE PONY, TRANSFORMERS, PLAY-DOH, MONOPOLY, LITTLEST PET SHOP and MAGIC: THE GATHERING, as well as premier partner brands. Through Hasbro Studios and its film labels, Allspark Pictures and Allspark Animation, the Company is building its brands globally through great storytelling and content on all screens. Hasbro is committed to making the world a better place for children and their families through corporate social responsibility and philanthropy. Hasbro ranked No. 1 on the 2017 100 Best Corporate Citizens list by CR Magazine, and has been named one of the World’s Most Ethical Companies® by Ethisphere Institute for the past six years. Learn more at http://www.hasbro.com, and follow us on Twitter (@Hasbro & @HasbroNews) and Instagram (@Hasbro).

Octobotimus wrote:what happened to Hasbro's studio? i thought they made their own studio for future movies.

That's what Allspark Pictures is.

As we reported earlier, HuaHua media, via it's funding agreement with Paramount Studios, had incurred larger than expected losses, due to underperforming Paramount films (including this summer's The Last Knight). Well, it now looks as though that agreement is ending, via this story in Variety.

What does this mean for the live-action movies? Jim Gianapoulos, Paramount CEO said “The actions we are announcing today establish a financing model that is better aligned to Paramount’s new strategic approach to film production,” [he] said in a statement. Click on the link above to read the full article, and feel free to discuss this in the Energon pub forums below!
Re: Lorenzo di Bonaventura on China Market, Future of Transformers Movies, More (1920806)
Posted by fenrir72 on November 10th, 2017 @ 1:24am CST
American businesses are learning from the Chinese.......how to put one over the other!

but the toys have really plummeted in quality and skyrocketed in price.

Unfortunately,this apllies to most toys nowdays,it isnt a Hasbro isolated thing.
Click here to view additional comments about this topic at the Energon Pub Forums ...