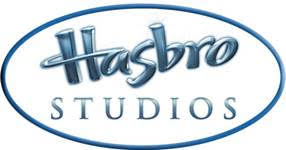 In other deal news we have a pretty big one with confirmation that Paramount has partnered with Netflix to for a multi picture film deal. There are not a lot of details, but the article from the Observer states the following:


While no specific properties were mentioned on the call, the deal would seem to provide Netflix with access to valuable IP such as Transformers, Star Trek, Cloverfield and more.

This is because Paramount does own the license for Transformers films and if anyone is curious about what that entails legally, we unearthed Viacom's legal agreement/ownerhip details. You can click here to see it.

Burbank, CA, November 20, 2018 - Hasbro Studios, the Los Angeles-based entertainment distribution division of Hasbro, Inc. (NASDAQ: HAS), announced today an international deal with Cartoon Network to distribute Season One of the hit animated series “Transformers: Cyberverse” to Europe, the Middle East, Africa and Latin America. The deal includes both linear and digital distribution to bring the show, which is already a hit on Cartoon Network in the U.S., to the rest of the world.

SVP Global Distribution & Development at Hasbro Studios. “They’re the perfect partner to bring ‘Transformers: Cyberverse’ to an international audience and allow fans around the world to enjoy a new Transformers saga that’s truly More Than Meets the Eye.”

In “Transformers: Cyberverse” Bumblebee is on a critical mission where lives are at stake. Only, he can’t remember what it is. It’s a good thing his best friend Windblade has found him to help repair his damaged memory chips. With each recovered memory, Bumblebee rediscovers his past adventures on Cybertron before coming to Earth. He relives fun moments when he played Cybertronian sports with his friends, and even tragic ones that would change his life. His past will shape him into becoming the hero we know today. As each memory is repaired, another clue comes to light that will lead them both to complete their shared mission to save their friends and Earth… however, the Decepticons are hot on their heels and time is running out.

(NASDAQ: HAS) is a global play and entertainment company committed to Creating the World's Best Play Experiences. From toys and games to television, movies, digital gaming and consumer products, Hasbro offers a variety of ways for audiences to experience its iconic brands, including NERF, MY LITTLE PONY, TRANSFORMERS, PLAY-DOH, MONOPOLY, BABY ALIVE and MAGIC: THE GATHERING, as well as premier partner brands. Through its entertainment labels, Allspark Pictures and Allspark Animation, the Company is building its brands globally through great storytelling and content on all screens. Hasbro is committed to making the world a better place for children and their families through corporate social responsibility and philanthropy. Hasbro ranked No. 5 on the 2018 100 Best Corporate Citizens list by CR Magazine, and has been named one of the World’s Most Ethical Companies® by Ethisphere Institute for the past seven years. Learn more at http://www.hasbro.com, and follow us on Twitter (@Hasbro) and Instagram (@Hasbro).

Cartoon Network is Turner’s global entertainment brand and the # 1 animation network in the U.S., offering the best in original content for kids and families with such hits as, Adventure Time, The Powerpuff Girls, Steven Universe, We Bare Bears and The Amazing World of Gumball. Seen in 192 countries and over 400 million homes, Cartoon Network is known for being a leader in innovation with its approach to engaging and inspiring kids at the intersection of creativity and technology.

Kyleor wrote:But how will Cartoon Network fit anything new in between all those Teen Titans GO episodes they have to air 24/7?

william-james88 wrote:i dont understand the comments, the show has been playing on cartoon network in the US for weeks now.

We're just making fun of CN and their obsession/fetish for showing TTG as much as possible.

Which should be done whenever the opportunity presents itself.