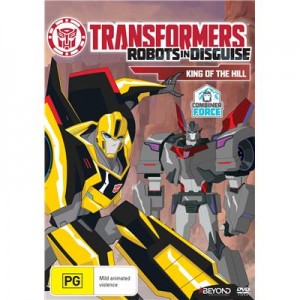 Via online electronics retailer in Australia JB Hi-Fi, we have a listing that confirms the release of the third season of Transformers: Robots in Disguise - or at least, its first six episodes, collected in a single volume titled after the first two-parter, King of the Hill.

The DVD set is being released by Beyond Home Entertainment, the same company who has released the entire series so far in Australia (as opposed to Shout! Factory in the US, and Primal Screen in the UK)

Bumblebee, still relaxing after the Autobots’ triumph over Starsceam, feels his team can tackle any issue that might come up… but the Bee Team unprepared when they face a Stunticon that proves more formidable and crafty than they anticipated!

Later, the Bee Team discovers a mysterious artefact that has a strange effect on Cybertronian minds, turning the bots against one another! Can the Bee Team get it together in time to keep obsessed treasure-­‐hunter Springload from accidentally destroying Crown City? 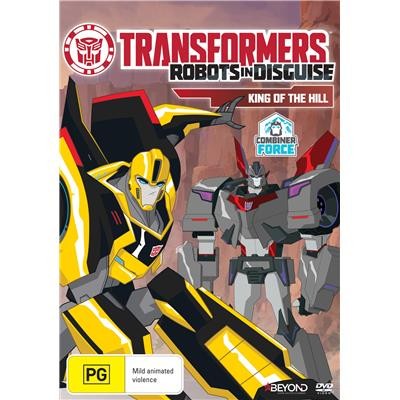 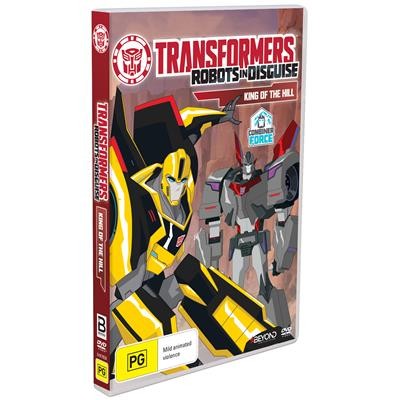