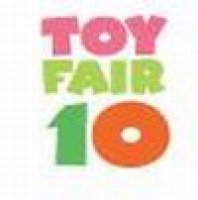 Seibertron.com was in attendace for Hasbro's Transformers panel at Toy Fair 2010 and was taking frantic notes during the presentation. What was revealed and discussed? We have everything from War for Cybertron to Revenge of the Fallen to the new line name: Generations!

Hasbro's Plans in General
--Almost all of Activision's War for Cybertron line is proprietary, which means that Activision owns most, if not all, the products
--Spring 2010 - Hasbro will continue to market the ROTF line into the summer
--Fall 2010 - Hasbro will be taking a step back in the interim between ROTF and Transformers 3. They will focus on Transformers in general, and not a specific line such as Animated, ROTF or Universe. Expect fewer Transformers during this time.
-- There will be a video game on Transformers.com to mark the 'Transformers - Hunt for the Decepticons' brand. There will be specially marked packages with codes that will let you go in the mainframe and detect where a Decepticon is coming from. New codes let you battle new Decepticons, joining the Autobot alliance. All assortments will have codes, come in gold package with 'Hunt for Decepticons'

Revenge of the Fallen Legends class
Ravage
Rampage - Red coloured, not the same mold as the one that combines to form Devastator
Long Haul - Again a new mold
Sandstorm - Redeco of Universe Legends Beachcomber in whites and oranges.

Revenge of the Fallen Deluxe class
Ironhide - Comes with drone that can snap out to bed in truck mode
Battle Blade Bumblebee - An entirely new mold with a flip down visor
Jetblade - White and light blue repaint of Dirge
Sea Attack Ravage - Grey-blue repaint of Ravage
Sidearm Sideswipe - New mold with 2 pistols that can store in vehicle mode
Hailstorm - Wave 2 preview
Elita-1 - The long-awaited 3rd bike has arrived! This is a repaint of Chromia that will combine with the other bike sisters

Revenge of the Fallen Voyager class
Sea Spray - Plays up an aquatic theme that Hasbro wishes it could do more with. Has flip-out flippers on feet, has scuba tanks. Scout class Breacher attaches to Sea Spray.
Night Ops Ratchet - (redeco)
Payload - Yellow repaint of Long Haul
Battle Blades Optimus Prime - New Voyager class w/ the Matrix of Leadership, has snap out swords, and tank canisters that pop off for weapons.

Human Alliance Jazz w/ Captain Lennox- Yes, it's a Solstice despite the death of Pontiac, the weapon converts to motorcycle for Lennox

Transformers Generations
Autobot Drift - As seen in the leaked red car prototype. Has swords and many points of articulation.
Thrust - Redeco of Takara's Gentei Thrust, without the chrome or lightning bolts.
Darkmount - Triplechanger homage to Straxus. Changes from tank to artillery base and has his signature pick weapon.

Store Exclusives
Masterpiece Grimlock with crown will be at Toys R Us in very different packaging
Autobot Blaster with Sleeljaw, Ramjorn, and Eject Will be seen at SDCC 2010 along with a new Mighty Muggs

Transformers: War for Cybertron
Jason and Brad were present from Activision
This summer there will be a hard cover novel by Alex Irving about the great war of Cybertron
Game from Activision, great story telling device which Hasbro may pursue further if this proves successful.
The Story takes place during the Civil War.

You're not the only one

trust me i know, but anyone think there will be more TFs generations figs to come?

Battle Blades Optimus Prime - New Voyager class w/ the Matrix of Leadership, has snap out swords, and tank canisters that pop off for weapons.
Re: Toy Fair 2010: Hasbro Transformers Panel Summary (1046856)
Posted by Kibble on February 13th, 2010 @ 7:35pm CST
Any mention/clarification of the availabilty of the War for Cybertron figs...if they'd be sold individually or if it's going to be some lame deal where you have to buy some product 3 times to get them all or if they're only available with the purchase of some other crap?

"--Almost all of Activision's War for Cybertron line is proprietary, which means that Activision owns most, if not all, the products"

As am I. I'm very disappointed that they could make figs that turn from robot to vehicle to weapon to armor and back again, but they can't make a figure turn from a robot to a vehicle to a combiner limb.
Re: Toy Fair 2010: Hasbro Transformers Panel Summary (1046926)
Posted by Flux Convoy on February 13th, 2010 @ 9:32pm CST
I'm really digging the PCC 2 pack Mini-cons. They look so nice! The rest look good enough to buy to me. A lot more here to be stoked about than I would have expected.

I'm mainly looking forward to Leader StarScream, I love Leader figures.
Re: Toy Fair 2010: Hasbro Transformers Panel Summary (1046991)
Posted by MrMunkeepants on February 14th, 2010 @ 12:38am CST
legends sandstorm
I wish I hadn't missed out on the blue version, anyone have that for sale?
new hunt for deceptions legends Ravage
if he has a decent alt mode, I might finally gt a movie Ravage. the blurry pics make it looks like a duck's head.
scout class Hubcap (red hot rod)
this guy looks really freaking cool, but I'll wait for the repaint - hopefully it will have a jaunty new head.
insecticon
sweet! think there will be a fan add-on to combine them?

new accurate voyager prime.... with matrix in his chest
wonder if this is the same one with the Jetfire parts? makes sense with a new mold. even with a Leader version, I might get this to fight voyager Grindor.

battle damage leader Prime
I am disappointed. adding sloppy black does not make it "battle damage." they could at least have changed the inaccurate red plastic of his neck and toes to silver like the Takara version (which is where the new head is from). things may change before release, but I'm skeptical.
Click here to view additional comments about this topic at the Energon Pub Forums ...