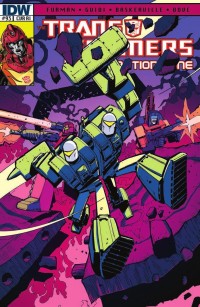 BATTLETIDE! Opposing factions and forces meet head on, as the battle for
Cybertron (and indeed the future) begins in earnest. BLUDGEON, SOUNDWAVE, GALVATRON, STARSCREAM, and—caught in the middle—the Autobots, most crucially their greatest warrior ULTRA MAGNUS! And HOT ROD meets his maker. Literally. In issue 92, Hot Rod and the Dinobots were headed towards Cybertron's core, as the surface was under the attack of Soundwave and the Decepticons, with the Wreckers and Ultra Magnus defending their home planet. Meanwhile Bludgeon and Galvatron are on their way too, and that's where we start with issue 93. And it's a Furman-tastic issue at that: major players play major roles, with favourite characters becoming really really interesting and the plots seeding what might develop with issue #0, too. And, finally, we're getting closer to the heart of the events, with everyone almost on Cybertron.

The Bludgeon aspects of the story are only briefly worked on, but the multiple strands do seem to be converging into one single narrative. Same with Galvatron, though there are some twists, albeit predictable. We all know what happens when you monologue like that

The stories all seem to blend really well, here, and the narrative is becoming more and more cohesive and unified, without losing a degree of originality. And old-time readers and fans will get several kicks out of references, subtle and explicit, to some previous work in the franchise!

This issue marks Guido Guidi's debut on the ReGeneration One artistic team, at least for the interior art (as he provided all B covers in the run so far). And it's good. Real good. There's one panel in particular which I personally adored, working amazingly well with Furman's 'timey' script, and that I'll leave for readers to discover.

What? What can you see?!

Not all the credit goes to Guidi, though: Baskerville's inks make the pencilwork as similar to the previous style as possible, while still keeping their original take on it, and JP Bove's colours, always the highlight of these issues, really help in the effect, retaining their usual eye-sparkling qualities. That's space, and it looks mouth-watering

The artistic continuity, which seems to be the new fan-thing, is kept beautifully intact, and Guidi, Baskerville and Bove do a great job of making everything blend gorgeously together. Mowry's lettering is consistent if not overly creative, but everything just works.

This is Furman at his best. The characters are there, the plots are there, the references are there. It's all there. There are hints at several continuities that have been explored, or might still be, and it all works so nicely with the new artistic team.

The old-style editorial notes are there, too!

Definitely pick this one up, even if it's just for the one panel that I still will not spoil. Or the other one. Or that one. Though that one's cool too. Oh, and that one's nice as well. I think you know where I'm going with this.. 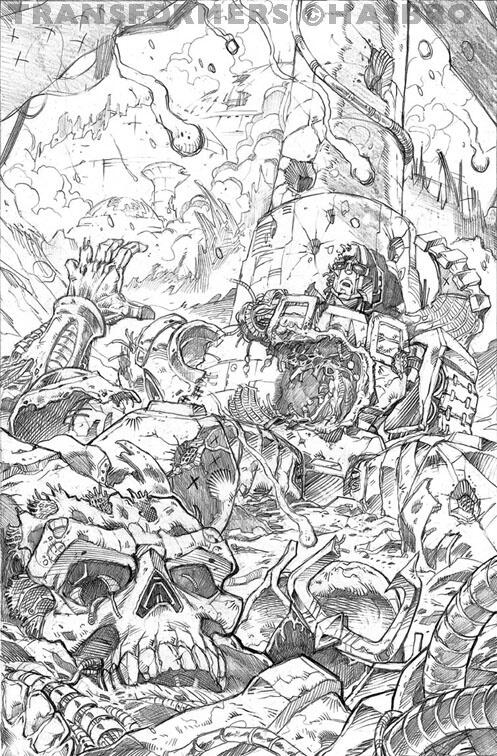