Episode #129 "Nick Roche Talks Sins of the Wreckers" is available directly and in our RSS Feed and should appear on iTunes and Stitcher Radio within 24 to 48 hours of when you see this news post.

Yes, you read right, this episode is all about the upcoming Transformers: Sins of the Wreckers from IDW Comics, and the author himself joins us to talk about the book and what it might bring readers. First up though, we'll tackle the truly hard questions about hotels and hard "ch" sounds.

Every interview and article with him uses this photo and it's really old but it's a good stock photo and we have to keep the joke alive.

The conception of the book is discussed next, as we learn what might have been in the past had this book come sooner. Why is it coming out now, and how heavy do our expectations weigh on its creator? Answers lie within the show, but we can go ahead and tell you that after this segment, you'll want to pretend it was good even if it turns out otherwise. 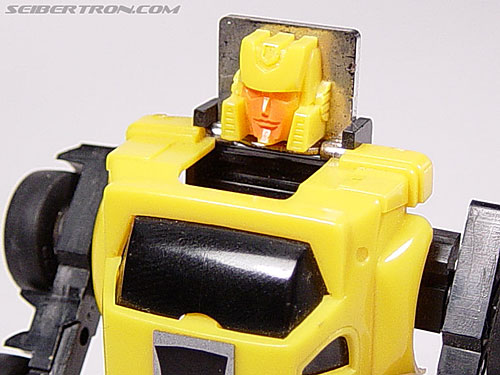 It was always destiny.

Could've left off this black paint if it weren't for con exclusives.

Stakeout, Kup, and Wreckerleaks take center stage next. Why is Stakeout involved, and what might he have been doing all this time in the background? What's a "Wreckerleak" anyway? Does this megalomaniac author have any remorse for the torture of Kup? Find out these answers, plus what Prowl may or may not know already. Whatever you do, be sure to brush up on the IDW iteration of Kup before the release of Sins of the Wreckers.

It's well known already that one of the most popular human characters from IDW Transformers will make an appearance once again in Roche's upcoming mini-series. Will Verity die? Like he could tell us now if we asked! You will find out more about her involvement, as well as Roadbuster's appearance, Whirl's lack of one, and even a bit about the color work on the book set to come our way from the one and only Josh Burcham.

All her fault? Basically, yeah. Maybe Prowl's too.

The mood of the landscapes in the book comes into play next in our discussion. Everything goes well until John Barber out-Christmases us, so then we just play sing-along with The Audio Knights Theatre and the interview ends. Only one of the things in this paragraphs actually happens, but tuning in will explain the insanity of the rest of it!

The last metroid is in captivity. The galaxy, is at peace.

The Transformers talk starts to wind down, but before we leave it, we ask Nick about his chance to write one of IDW's most complex characters: Arcee. Did he want her around for a reason, or was this just happenstance due to events in other books? Or is it really just a case of picking up Mr. Barber's daughter for the dance? Unlike the last paragraph of this post, the questions posed here do get answered in the show.

We finish out by finding out how you can get the book, as well as who might just have given the first issue a "thumbs up" without bribery being involved.

Fairly sure this wasn't related to this. Fairly.

Oh, and there's even a little talk of the incredible Monster Motors mini-series that Mr. Roche collaborated on with Brian Lynch. Look out world, the Motors are eyeballing heading to an independent theater in limited distribution just like one of Lynch's other art house productions.

There are no Transformers in this book, ok?

Our very grateful "Thank You!" to Nick Roche for taking the time out and appearing on this episode with us. We hope you enjoy the show, and be sure to pick up Sins of the Wreckers from IDW Publishing this November. The Twincast will return in a couple weeks with more of our regularly scheduled programming, and you can be certain more comic book talk will follow then.

As fun as these are to make, it's even more fun to bring them to everyone else, so if you have any feedback on what was good and what we could do better later it'd be great to hear it

I also noticed that you can hear my keyboard tapping every now and then, I apologise for that.
For some reason the mic caught the sound...

Va'al wrote:I just managed to listen to this again - love the fade-out at the beginning Scott.

I also noticed that you can hear my keyboard tapping every now and then, I apologise for that.
For some reason the mic caught the sound...

Somehow, the audio helped us come through as if we were all in the same room and not on a phone call. I thought the keys added to that, so I didn't say anything during it. Made it feel cozy, in my opinion, as a professional Producer or something.
Re: Twincast / Podcast Episode #129 "Nick Roche Talks Sins of the Wreckers" (1738714)
Posted by Va'al on November 2nd, 2015 @ 2:26pm CST
Please do slap me on the wrist next time!