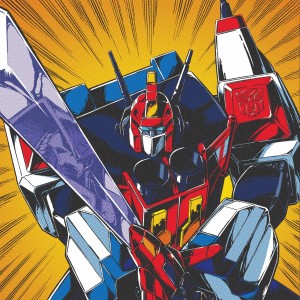 The slow time of year for Transformers news means it's a fast time for talking 'bots and 'cons on the latest Seibertron.com Twincast / Podcast. Join Scotty P and Megatronus for gut reactions to news of more Transformers '84, irresponsible speculation about Earthrise based on nothing but packaging art and of course, all the usual banter you never knew you wanted to hear until you heard it. Get your network ready for some streaming down scope creek by following the simple links and instructions below.

Episode #239 “Secrets and Scope Creep” is available directly and in our RSS Feed, and should appear on Apple Podcasts, Google Play, and Stitcher Radio within 24 to 48 hours of when you see this news post.

Here's what we talk about in the episode:

Secrets and Lies looks to be pretty good! I'm excited for it.

Scotty: you sound fine for being sick, couldn't really tell until you said it and then I started paying attention to it.

Ari: Your voice is magical, Keep singing away my friend!

microns: I too believe that is a cruel tease, but I would not mind dabbling into the Armada Minicon stuff.

the G1 Arcee reveal was boring, I am hoping against hope Smokescreen doesn't follow suit. I want Prime Smokescreen too!

calling it now: The Ark is crashing in Africa to set up part 3: Beast Wars!

Tubi TV; thank you for letting me know about this, I could watch some Armada episodes, and I will enjoy by beloved Animated again! Best all around Transformers TV show ever made, thank you for sticking up for it Ari

I got Clobber, and she is just as lovely as Scotty says. Get her!

Question: do you think they will give Doubledealer his powermasters?

scotti, that's what happens when you make bad jokes including Dawson's Creek, my phone stops playing the podcast may have to go back in the other room and turn it on. I Blame You. For random non-related freak glitches.

Jetfire's blast effects are my favorite... Behind maybe the ones with Rung. I bought a Resin copy of the Jetfire effect in purple for Megatron. I gave the Jetfire flames to Omega for his cannon tip because I actually dont like how heavy his effects were in black.

So, I did a search for "Microman LED Power" for grins and giggles and WOW, I knew amicroman was a predecessor but I didnt realize the overlap was so pervasive for do long. Action Master Prime's Trailer, Countdown's Base

And then you mention Prime's trailer...

I did the same thing, Megatronus.

That truck is MINTY FRESH COLORS. I really like the Lucky Draw colors in Mad Max Silver

You misheard him Megatronus, but in a related note now I want the Black/White Shuttle Colors Siege Astrotrain.

I cannot sleep on my couch... I have too much crud piled on it. My recliner is comfy though.

Netflix does the check for me, and if it hangs long enough my TCL TV (yay clearence! $120 out the door for 55.) will shut itself off.

Stargrave wrote:My vote is Doubledealer as the head of the Mercs. Who better to lead the pack that plays both sides?

I hadn't thought about Mercenaries but now that you mention it, I think this is it, or Doubledealer's the start of them or something like that.

D-Maximal_Primal wrote:Question: do you think they will give Doubledealer his powermasters?

Flashwave wrote:So, I did a search for "Microman LED Power" for grins and giggles and WOW, I knew amicroman was a predecessor but I didnt realize the overlap was so pervasive for do long. Action Master Prime's Trailer, Countdown's Base

And then you mention Prime's trailer...

I have had the rocket base for a few years now, so forgot to bring it up. Really enjoy stuff like these and the various Brave series repaints, it's like a G2.5 that never was. Apparently LED Powers was going to be brought over here but Palisades lawyered up so they could (not) sell more Micronauts toys.