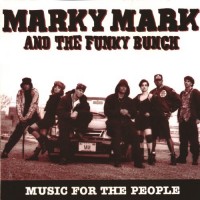 The Seibertron.com Twincast/Podcast is proud to present our latest episode, featuring host Counterpunch and fellow podcasters Seibertron, Tigertracks 24, and Razorclaw0000. The episode is available directly and in our RSS Feed and should appear on iTunes in 24 to 48 hours. 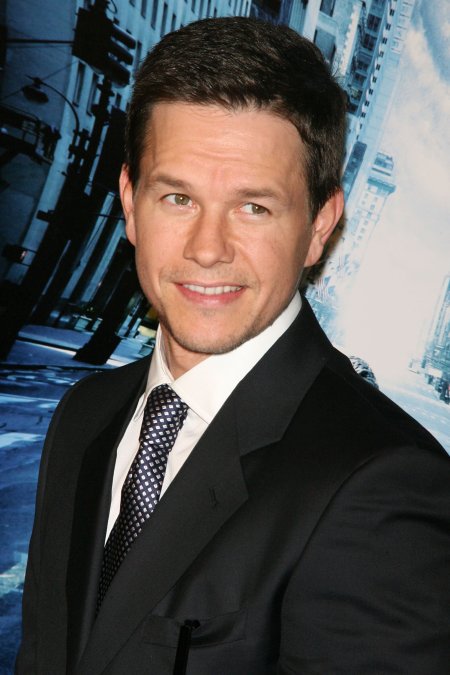 Seibertron.com is your ultimate Transformers Resource!

Two words: RED SHIRTS! You know, Star Trek? That's what the red shirts are for! Kill them off. Don't kill off main characters, at least not right away. When main characters die, it should be a huge moment. It should be a WTF?/disbelief moment that should bring about an emotional reaction.

Wikipedia wrote:A "redshirt" is a stock character in fiction who dies soon after being introduced. The term originates with fans of Star Trek television series (1966–1969), from the red shirts worn by Starfleet security officers who frequently die during episodes.[1] Redshirt deaths are often used to dramatize the potential peril that the main characters face.

Just killing off characters to kill off characters is a cheap form of writing ... B movie / Zombie stuff. Even in the Walking Dead, when they kill off main characters it's a big moment that elicits strong emotion from its viewers. It is done to move the story further and to further develop the remaining characters.

To the podcast crew that was arguing the other side, these comments and thoughts are something that I've felt about Simon Furman all the way back to his run on G2 which I read as it came out (i.e. not in trade paperback format or reprints ... back when you had to wait month to month for the books to be released way back in the 90s). I've been invested in this "Regeneration" storyline since 1984. I was very excited about the return of Transformers comics when G2 came out but was extremely disappointed with both the artwork and Simon Furman's desire to just kill off characters left and right. It was a cheap form of writing. Looking back at it and knowing how Simon Furman felt about what Marvel was doing to the Transformers, I can see his "attitude" and frustration in his writing now. His "who gives a fuck" (aka "gee-axe-us") attitude. The return of this storyline in the form of Regeneration brought back a lot of feelings that I recall my junior year of high school when TF G2 #1 came out. I was hoping that Furman's habit of just chucking characters aside would have been eliminated.

I feel it is all too easy to just kill off characters. It is a far greater challenge to figure out how to avoid killing characters yet present it in such a way that it is believable that the character escaped death. I would much rather have that than the writers find another absurd way to bring back characters again and again after death. All that serves is to cheapen the "death" of these characters.

I like Simon Furman alot. I think he is genuinely one of the greatest people to tell the Transformers mythos. He is also one of the nicest people you will ever get to meet. I just wish he'd be a little more careful when it comes to killing off characters. It's annoying and I know he's a better writer than that.

Seibertron wrote:
Anyone else understand what I'm getting at or am I all alone here with my train of thoughts?

Having not heard the podcast yet, with just what you've written here I can say I fully understand and agree with you. Even as a teenager, once I saw the artwork in G2 I knew Marvel and Hasbro weren't taking it seriously as a revival. Honestly, it lasted longer than I expected it would. So, I also can empathize with Furman's "burn all the bridges" mentality in it because he probably also expected the brand to be heading for the nostalgia heap right next to pet rocks.

Something similar is probably in play here. "Regeneration" has a limited shelf life; we already know this. And its continuity is already long since past into rose-tinted history. "Why should anyone get out alive?" is probably Furman's reasoning. Valid. But, while the logic behind dealing with Megatron in #85 made the usual pseudo-science sense, I also thought a lot of it was gratuitous (although Meg's opening shot did give me a WTF?! moment out loud). And I guess that was the moment when I realized I might know what Furman's doing. Nothing is sacred, no one is safe, because this is all already history. Personally, I felt a sinking feeling about this whole endeavor when I saw the Decepticons revived as zombies. My first thought was original writing had just flown out the window in favor of popular kitsch, something which is still a concern in the back of my head. I intend to stick this out until #100, but I hope I don't live to regret it.
Re: Twincast / Podcast Episode #57 "The Funky Bunch" (1439904)
Posted by lonrac on November 14th, 2012 @ 1:41pm CST
another good job guys.

really need the discussion of what happens when you open your credit card statement.

1. (and this is the hard part) reevaluate yourself as a collector, and see what you can do without

2. gamble: do you buy it now, or gamble that it will be in the clearance bin in a few months

3. where are you buying from?
BBTS- advantage- Pile of Loot, and not charging my card until the item is in
disadvantage- parcel gets stopped at customs for 25% import surcharge

Only found out about a Simon Furman signing the day after the event
I think that because the comic was supporting a current toy line back then, that was why Simon and Bob used to create the NPC's to die, Scrounge, Chameleon, Macabre etc.

long long wait until Prime comes back
Re: Twincast / Podcast Episode #57 "The Funky Bunch" (1440141)
Posted by IronhidesGhost on November 15th, 2012 @ 10:24am CST
On the Thundertron conversation,
He was first deleted from my pile of loot, and then I saw him in store at $20. He looks absolutely amazing in huge interesting poses. Especially with the peg leg. The design on the feet allows you to shoot the peg leg back really far while maintaining stability with the good foot with sprawling heal. Now, after having promised to stop collecting after the new year, I find myself pre-ordering Leo Convoy repaint because I think that too will look sick on the ol' shelf.

The "stand me up" is really annoying, but I don't think he'll ever be in the lion mode for me to have the chance to stand him up (and yes, I recognize that in itself is a shame. I have no problem having my RID bulkhead in vehicle form).

On another topic, yes, Robot kingdom or BBTS lists General Jet Vehicon as a silver repaint.

Did my points about character death come through? Should I clarify?
Re: Twincast / Podcast Episode #57 "The Funky Bunch" (1440336)
Posted by Sabrblade on November 15th, 2012 @ 11:53pm CST
The thing about red shirts is, they're not characters but plot devices. Kill off a red shirt, no one cares. Kill off a character, then people care.

In Springer's case, it's like TF: Prime Cliffjumper. Would either murder have stirred such an emotional reaction from the viewer had it instead been something like an Autotrooper who was killed off instead of Springer or Cliff?

Though, Springer wasn't really that big of a character even back then in the comic, anyway. He never appeared in the U.S. comics until briefly in one issue late in the G2 run, so he essentially was like a red shirt in the U.S. Marvel stories. Though he had a bigger role in the UK stuff, Regeneration One excludes those stories, so his depiction in those is largely discounted for being in a different continuity than Marvel U.S. G1/ReG1.

As far as all the G2 deaths were handled, completely agree. That was very poorly handled. BUT, there is a reason an excuse. Marvel G2 was riddled with over-the-top, bad 90's

cliches that all the deaths were just more of the "edgy grittiness" the 90's liked so much. Why, I'm still amazed that Rob Liefeld wasn't involved in it all, since there's all sorts of things in that comic series that resembled his outlandish 90's style.

Then again, issues like "The Last Stand", "Command Performances!", "Totaled!", and "Dark Star" showed how Marvel G1 was A-okay with killing off or at least mortally injuring large quantities of characters so as to give room to focus on new/other characters. I think if there hadn't been so large a cast for Budiansky to work with that he might have been less trigger-happy with the mass killings during his run of the comic.

And, as issue 3 showed us, in Marvel G1, dead is dead only when a Bot/Con is irreparable. As long as one can be fixed, there's always a chance for life again, as Optimus and Ratchet indicated that the Transformers have a very different perception of death than that of us humans.