Vandor Adds TRANSFORMERS to its Extensive Line of Offerings 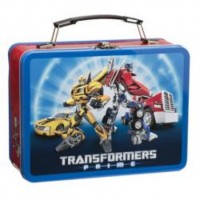 Vandor Adds TRANSFORMERS to its Extensive Line of Offerings

The celebrated childhood and automobile brands will be showcased on a variety of high quality, everyday consumer goods.

Vandor officials also expect items from a new line of collapsible water bottles to be some of 2013’s hottest sellers. The most popular designs include characters from Star Wars, Hello Kitty and My Little Pony.

“We are excited to be adding these new brands to our already extensive line of offerings,” said Tom Russo, CEO of Vandor. “Transformers, My Little Pony and Curious George are all childhood favorites that have had major staying power across several generations. While the creation of Ford Motor Company has played an important role in American history and is among the most recognizable brands in the world.”

The TRANSFORMERS brand from Hasbro features the epic battle between the heroic AUTOBOTS and the menacing DECEPTICONS. Throughout its nearly 30 year history, the brand has been immortalized in action figures, multiple television shows including the current TRANSFORMERS PRIME animated series, comic books, major motion pictures and more. Vandor helps fans celebrate the past and future of the TRANSFORMERS brand with new product offerings that include large shopper totes, collapsible water bottles, ceramic mugs, acrylic cups with straws and tin totes.

For more than 70 years, children and adults have delighted in the adventures of Curious George in his best-selling book series. Now Curious George has brought his inquisitive nature to PBS KIDS as the star of a top-rated television series that inspires kids to use their own curiosity to explore science, math and engineering in the world around them. The Curious George television series is currently rated No. 1 with kids 2-5, and 2013 will see the debut of all-new Curious George Spring and Halloween specials on DVD. Vandor has a large shopper tote, collapsible water bottle, ceramic mug, tin tote, acrylic cup with straw and wood wall clock sure to appeal to Curious George fans young and old.

Ford Motor Company is an American legend and one of the world's most recognized brands. More than 100 years ago, Henry Ford wanted to make owning an automobile something accessible to everyone, not just the wealthy. Today the company has produced more than 300 million vehicles. Ford has created a powerful connection to fans with its popular blue oval logo. Fans will appreciate Vandor’s acrylic travel cup, plastic travel mug, set of four glasses, ceramic shot glass and ceramic mug with the traditional Ford and Built Ford Tough logos.
All of Vandor’s new products will be on display at major gift markets and industry shows throughout the year. A catalog is available by calling 1-800-755-5966 or by emailing sales (at) vandorproducts (dot) com.