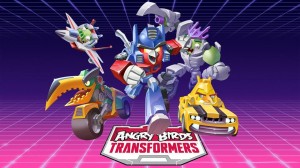 Angry Birds is arguably one of the biggest properties, ever, let alone a gaming phenomenon. So what happens when you put together with another thriving entity such as Transformers?

A mash up video game experience certain to be unlike any other!

The app is not active just yet, but will be sometime later this year. This new Union of the two properties was first reported on at Toy Fair, and now it's finally happening.

Click on the image below to be taken to the official site: 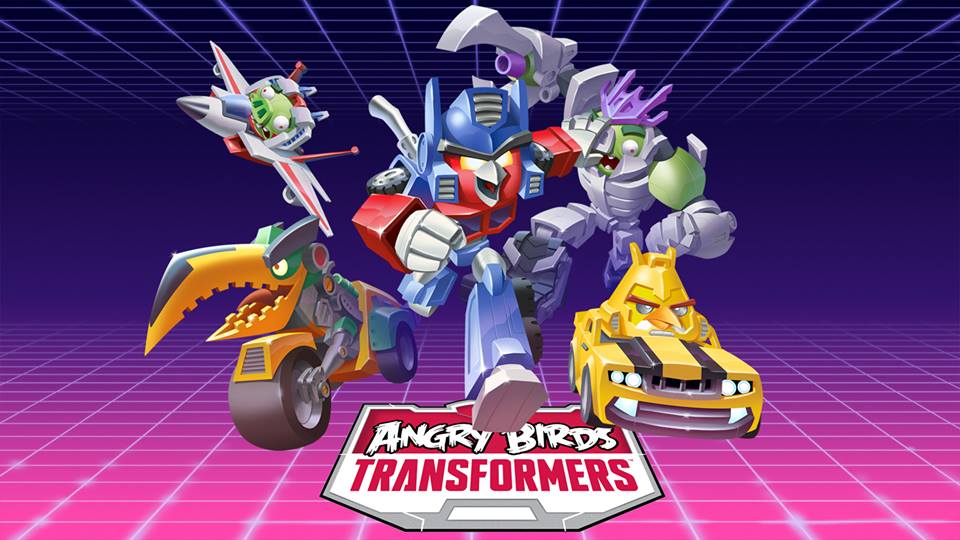 Espoo, Finland, and Pawtucket R.I. -- June 16th 2014 -- Autobirds, assemble! Rovio Entertainment and Hasbro, Inc. (NASDAQ: HAS) are teaming up again to bring together two of the world’s largest and most popular entertainment brands and their fans. ANGRY BIRDS TRANSFORMERS will come to life in multiple forms, including a mobile game, consumer licensed goods and a product line from Hasbro featuring the innovative TELEPODS platform. "We’re really excited to combine the iconic TRANSFORMERS universe with the quirky world of Angry Birds," said Blanca Juti, Chief Marketing Officer of Rovio. "This mash-up is going to appeal to both those who grew up with the brand in the 80’s, as well as fans of the brand today. People are going to love it!"

"ANGRY BIRDS TRANSFORMERS provides fans worldwide with a fun, new story and characters and innovative ways, like our TELEPODS platform, for consumers to engage with the brand," said John Frascotti, Chief Marketing Officer at Hasbro. "We’ve collaborated with Rovio to create opportunities for kids and families to experience Autobirds and Deceptihogs across multiple formats and entertainment platforms for a completely immersive branded experience."

Later this year, Hasbro will introduce a product line featuring TELEPODS technology which will enable fans to teleport their favorite ANGRY BIRDS TRANSFORMERS characters into the game and gain unique powers. The ANGRY BIRDS TRANSFORMERS franchise follows successful collaborations between Hasbro and Rovio including the ANGRY BIRDS STAR WARS and ANGRY BIRDS GO! product lines, as well as the upcoming ANGRY BIRDS STELLA: TELEPODS line which will be available September 2014. In 2013, the companies announced an expanded licensing agreement making Hasbro its premier toy and game licensee. Hasbro and Rovio will reveal more exciting ANGRY BIRDS TRANSFORMERS products and content over the next few weeks. Keep an eye on transformers.angrybirds.com for Rovio Entertainment and Hasbro are participating in the 2014 Las Vegas Licensing Expo on TELEPODS are powered by Retoy. TELEPODS and Retoy are trademarks of Retoy, LLC, used under license.

Hasbro, Inc. (NASDAQ: HAS) is a branded play company dedicated to fulfilling the fundamental need for play for children and families through the creative expression of the Company’s world class brand portfolio, including TRANSFORMERS, MONOPOLY, PLAY-DOH, MY LITTLE PONY, MAGIC: THE GATHERING, NERF and LITTLEST PET SHOP. From toys and games, to television programming, motion pictures, digital gaming and a comprehensive licensing program, Hasbro strives to delight its global customers with innovative play and entertainment experiences, in a variety of forms and formats, anytime and anywhere. The Company's Hasbro Studios develops and produces television programming for more than 180 territories around the world, and for the U.S. on Hub Network, part of a multi-platform joint venture between Hasbro and Discovery Communications (NASDAQ: DISCA, DISCB, DISCK). Through the company's deep commitment to corporate social responsibility, including philanthropy, Hasbro is helping to build a safe and sustainable world for future generations and to positively impact the lives of millions of children and families every year. It has been recognized for its efforts by being named one of the "World's Most Ethical Companies" and is ranked as one of Corporate Responsibility Magazine's "100 Best Corporate Citizens." Learn more at http://www.hasbro.com.

Rovio Entertainment Ltd, the creator of Angry BirdsTM is a global industry-changing entertainment media company headquartered in Finland that creatively combines digital with physical, breaking the boundaries of traditional content delivery. What started as a casual game in 2009 became an international phenomenon within a few months of its release. Today Angry Birds is not only the most downloaded game of all time, it is a worldwide known entertainment brand reaching outinto publishing, licensing, animations, books and location based entertainment. Rovio's animated Angry Birds feature film is slated for July, 2016. http://www.rovio.com

And for those of you who want to see the above Angry Birds Transformers image alongside its original inspiration, here's the cover of the 20th Anniversary edition of the animated 1986 Transformers movie released by Sony in 2006.