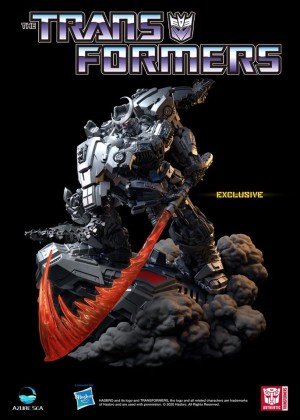 Some pieces of Transformers art just makes you stop and say 'whoa'. Thanks to a new post to Azure Sea Studio's Facebook page we have new images of their latest work: a non-transforming highly stylized statue of the master of Metalikato himself Bludgeon! These are greyscale images of the surly samurai poised atop an incredibly sculpted base of Trypticon's head. At 72cm tall this beefed up statue has alternate faces for that IDW freshly de-jawed look, and a stunning energy flame attachment for his sword. Also take note of the different helmet crests on the alternate heads. 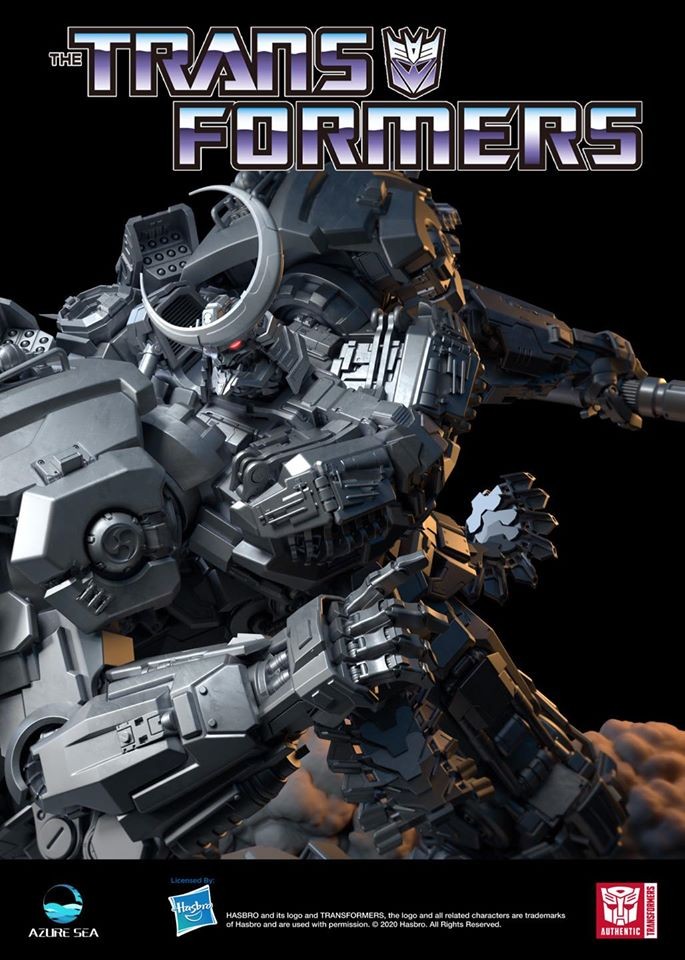 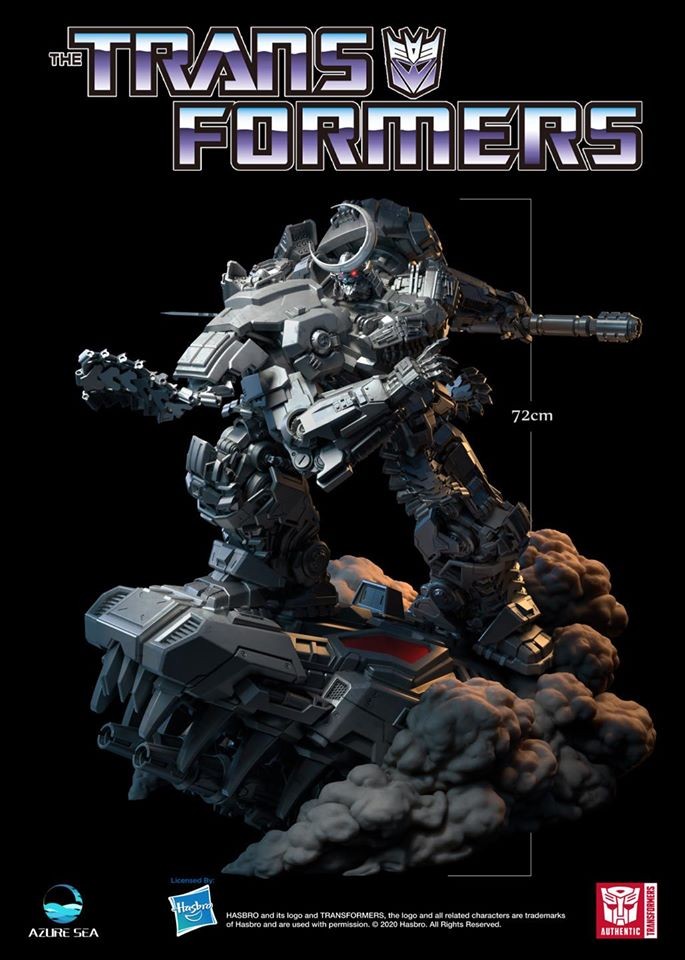 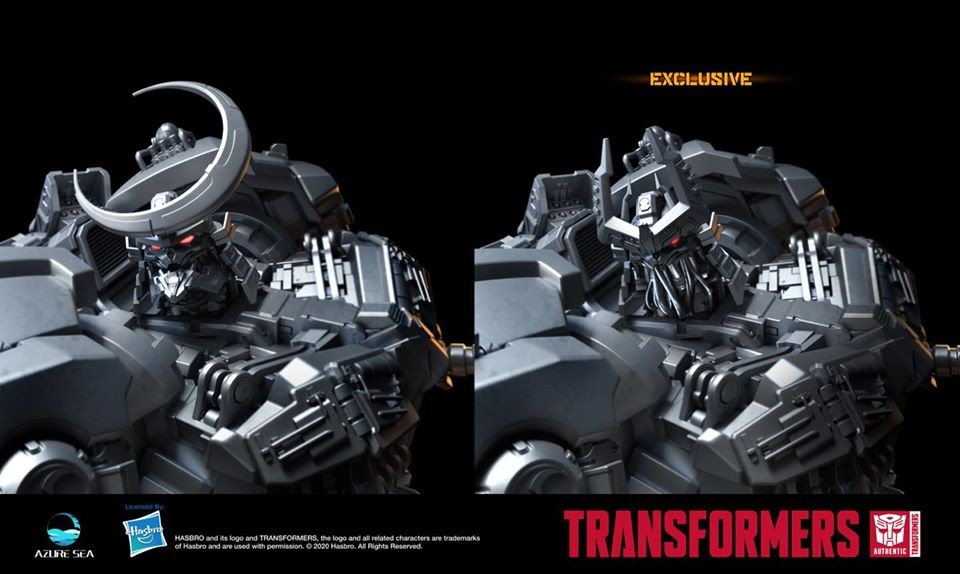 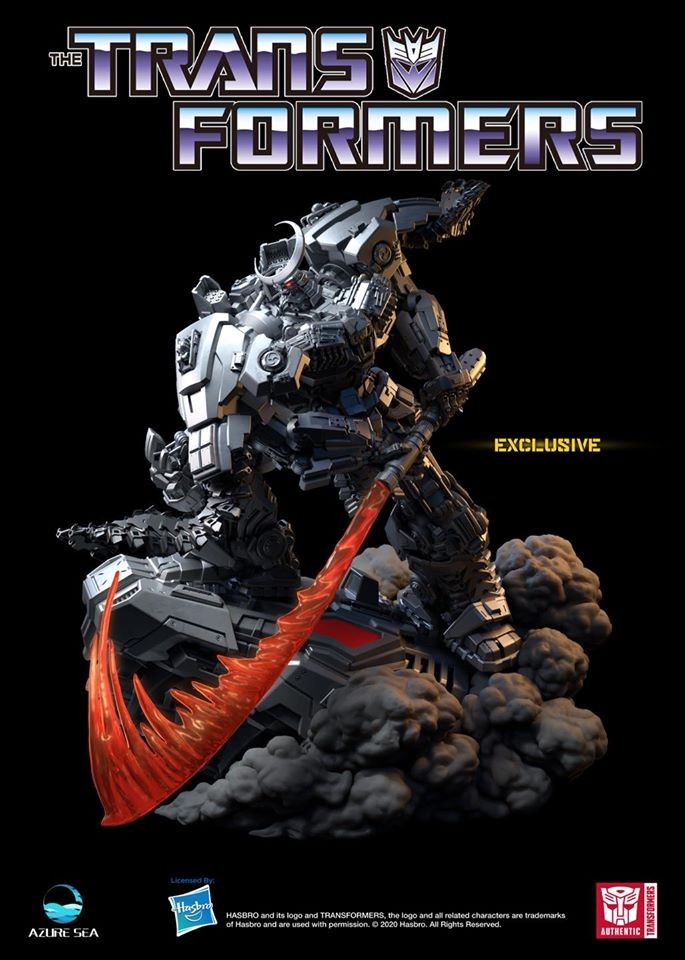 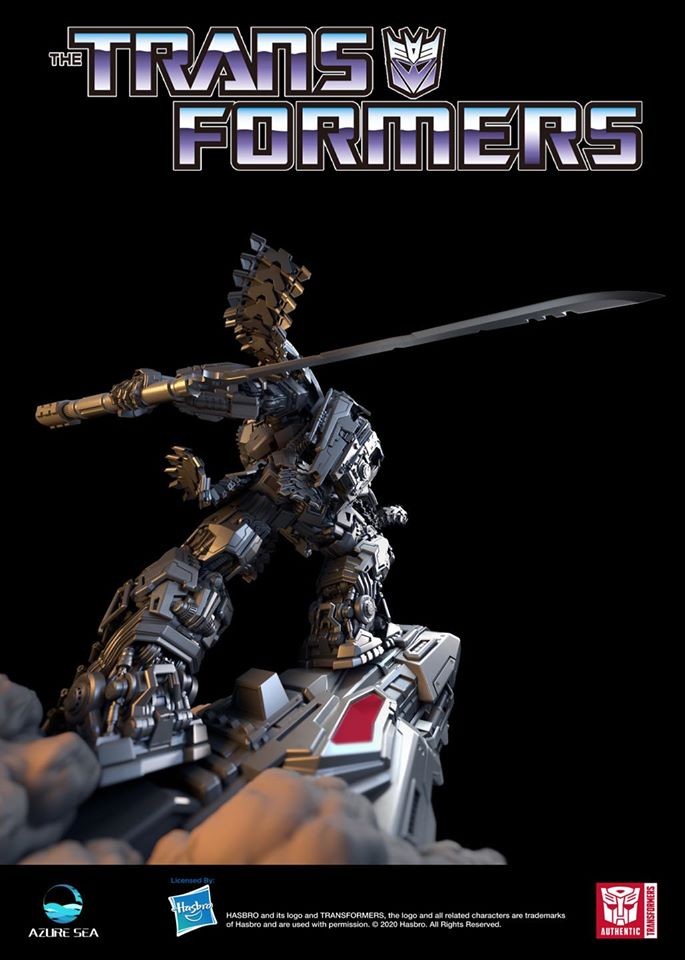 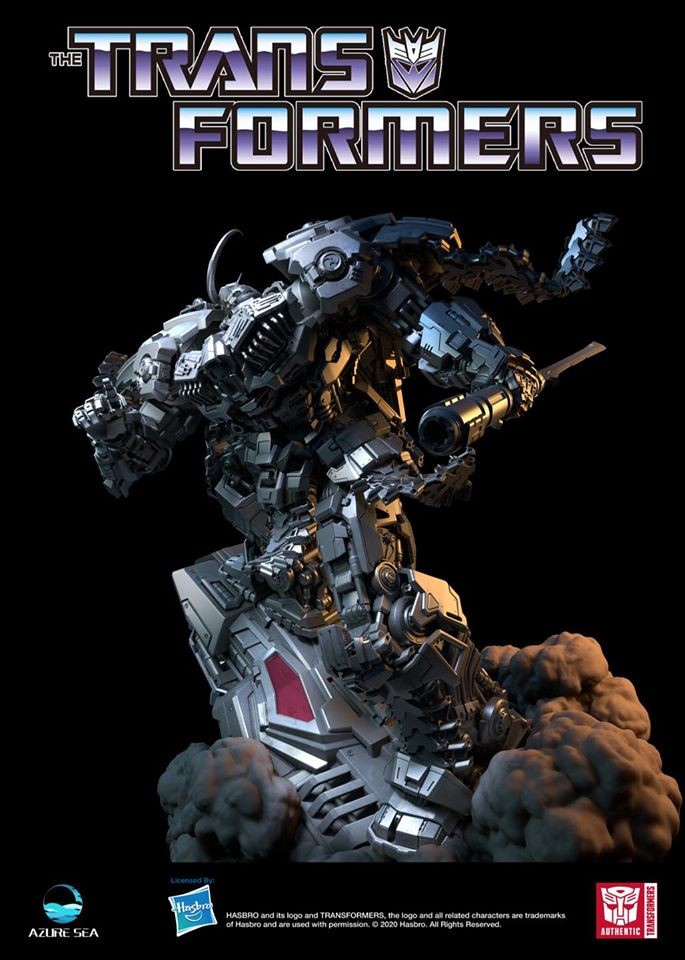 There's no information listed on their site about a release date or pricing but we'll keep you updated as more information comes to light. Is this the piece to complete your blazing band of Bludgeons or an easy pass? Share your thoughts in the forums and as always stay tuned to Seibertron for the ultimate in Transformers news! 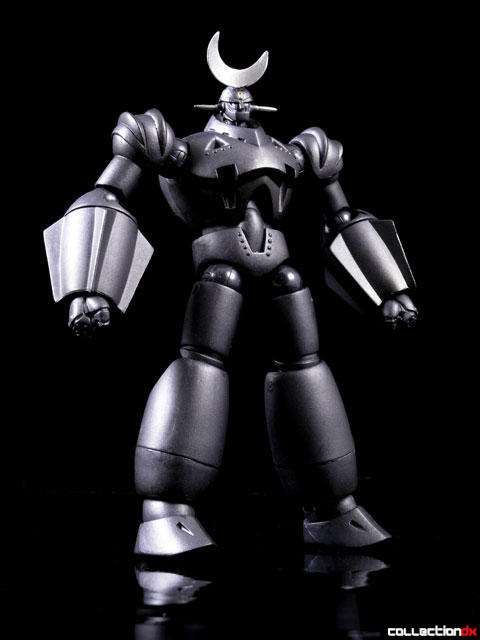 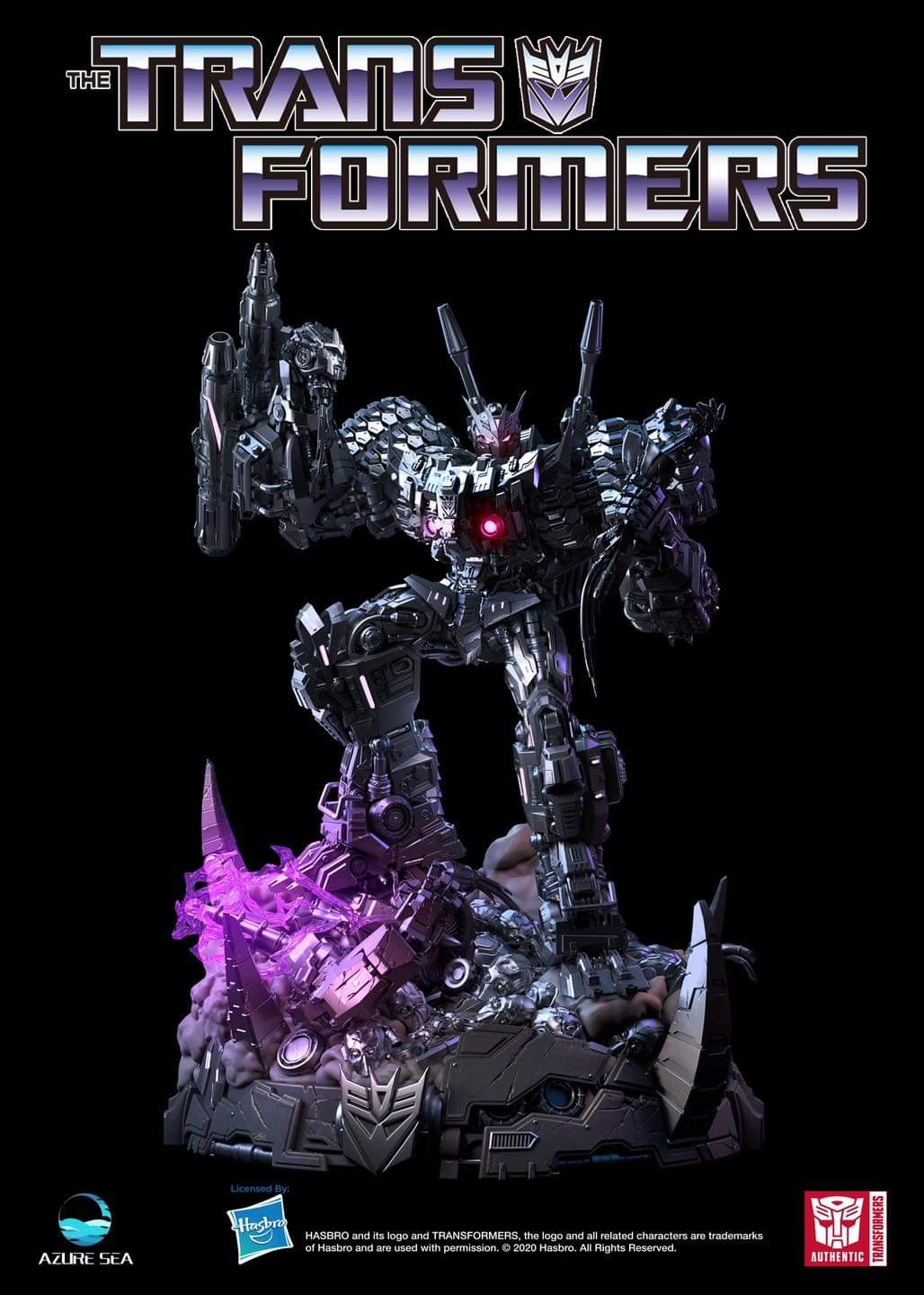 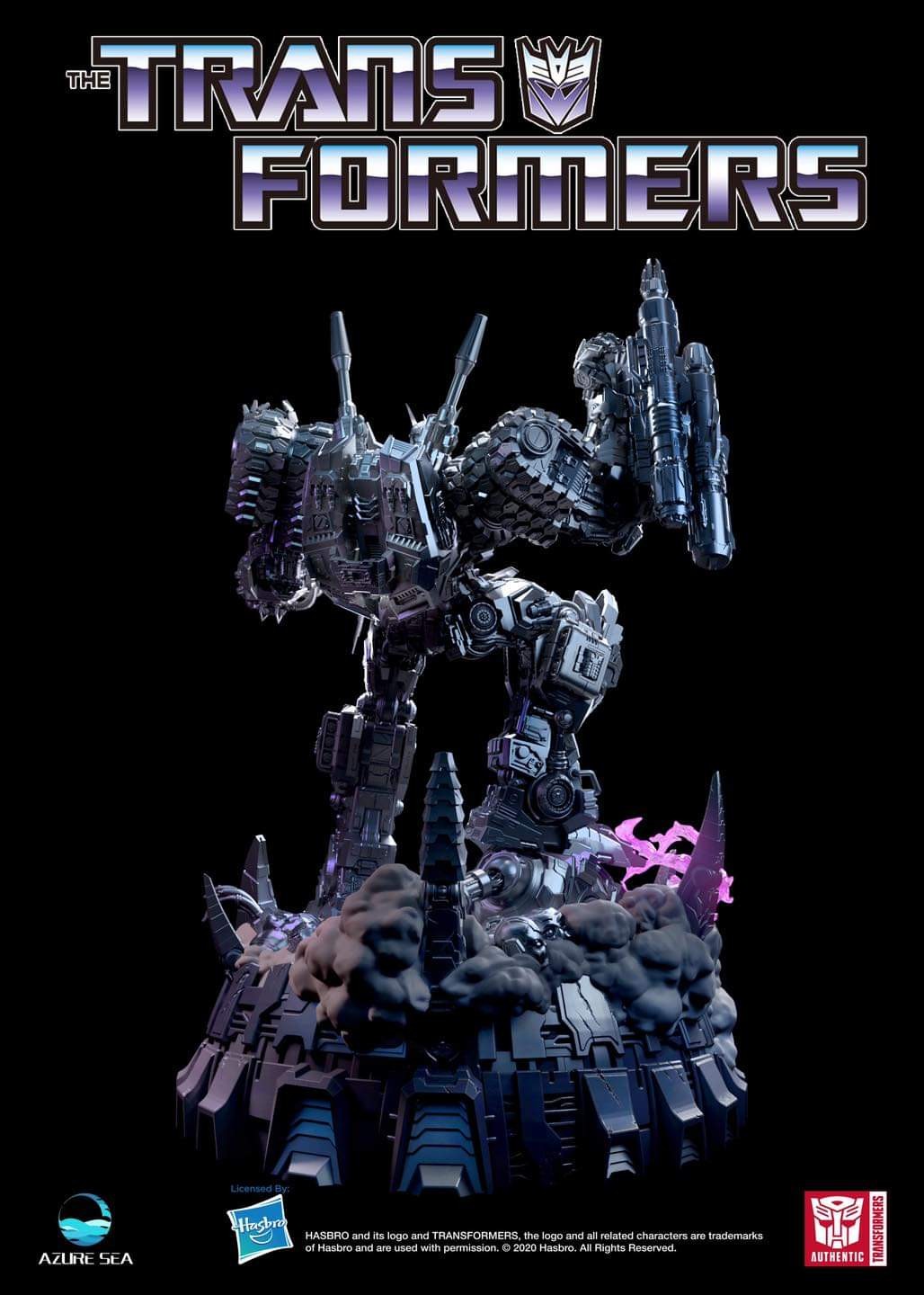 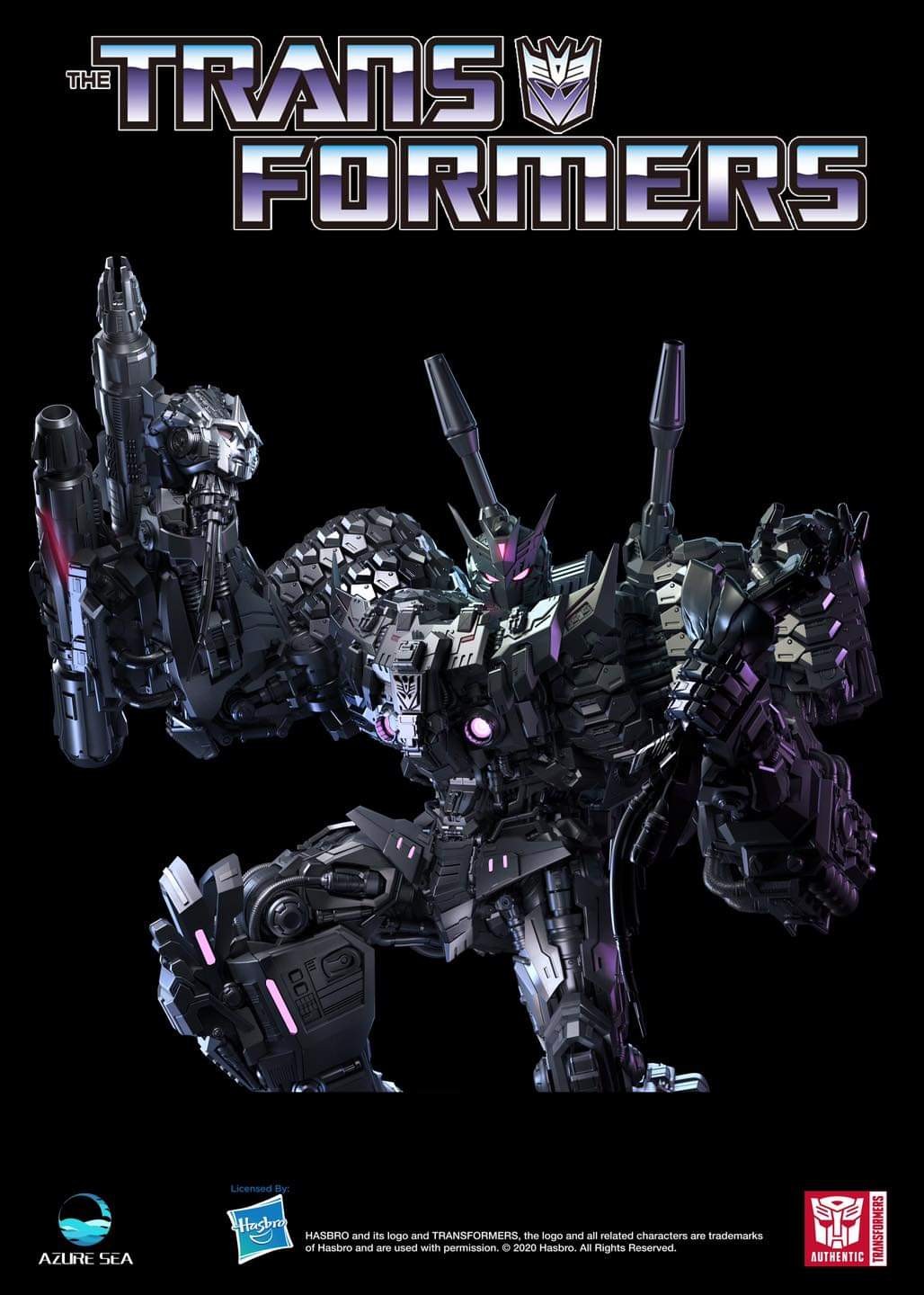 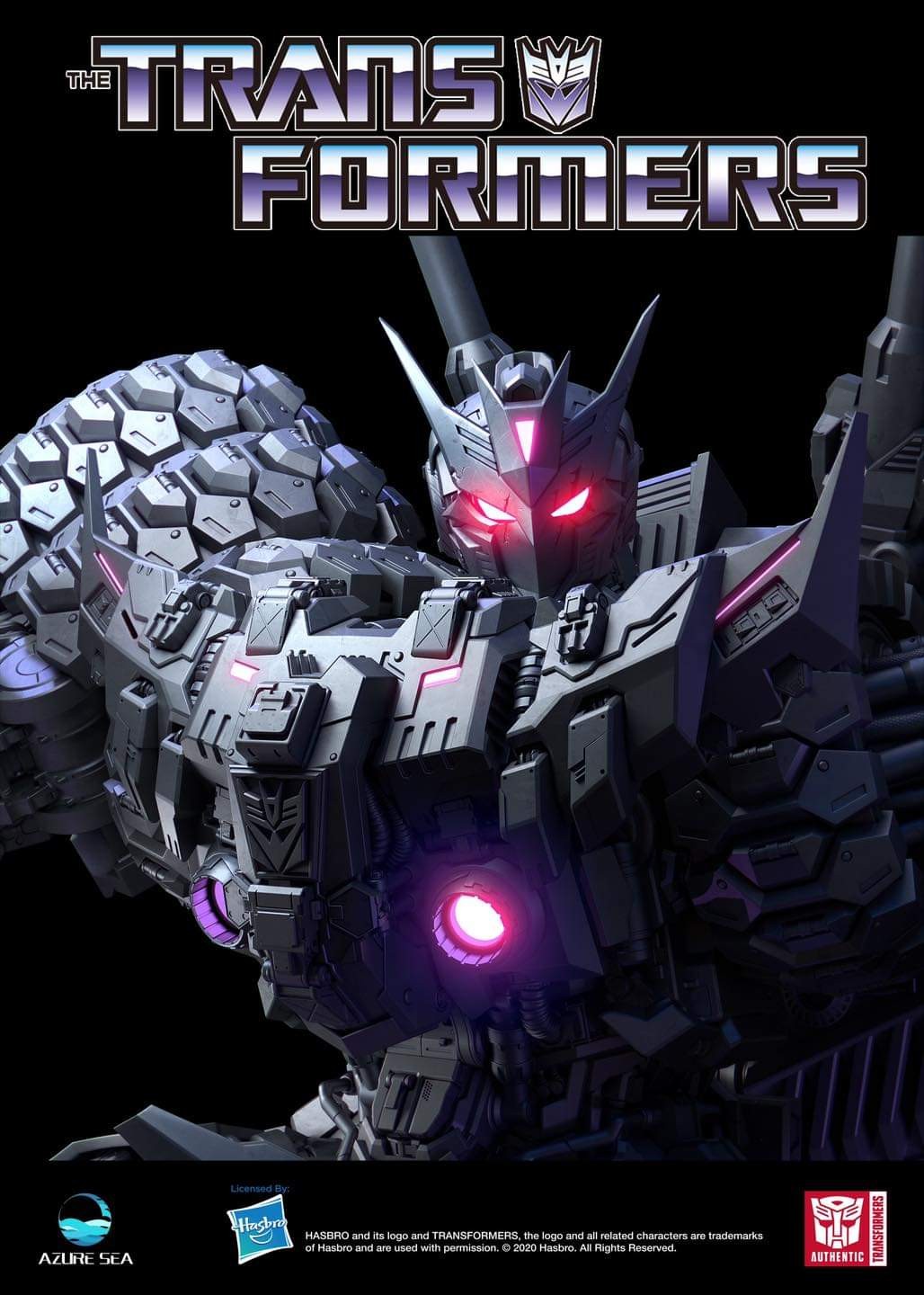 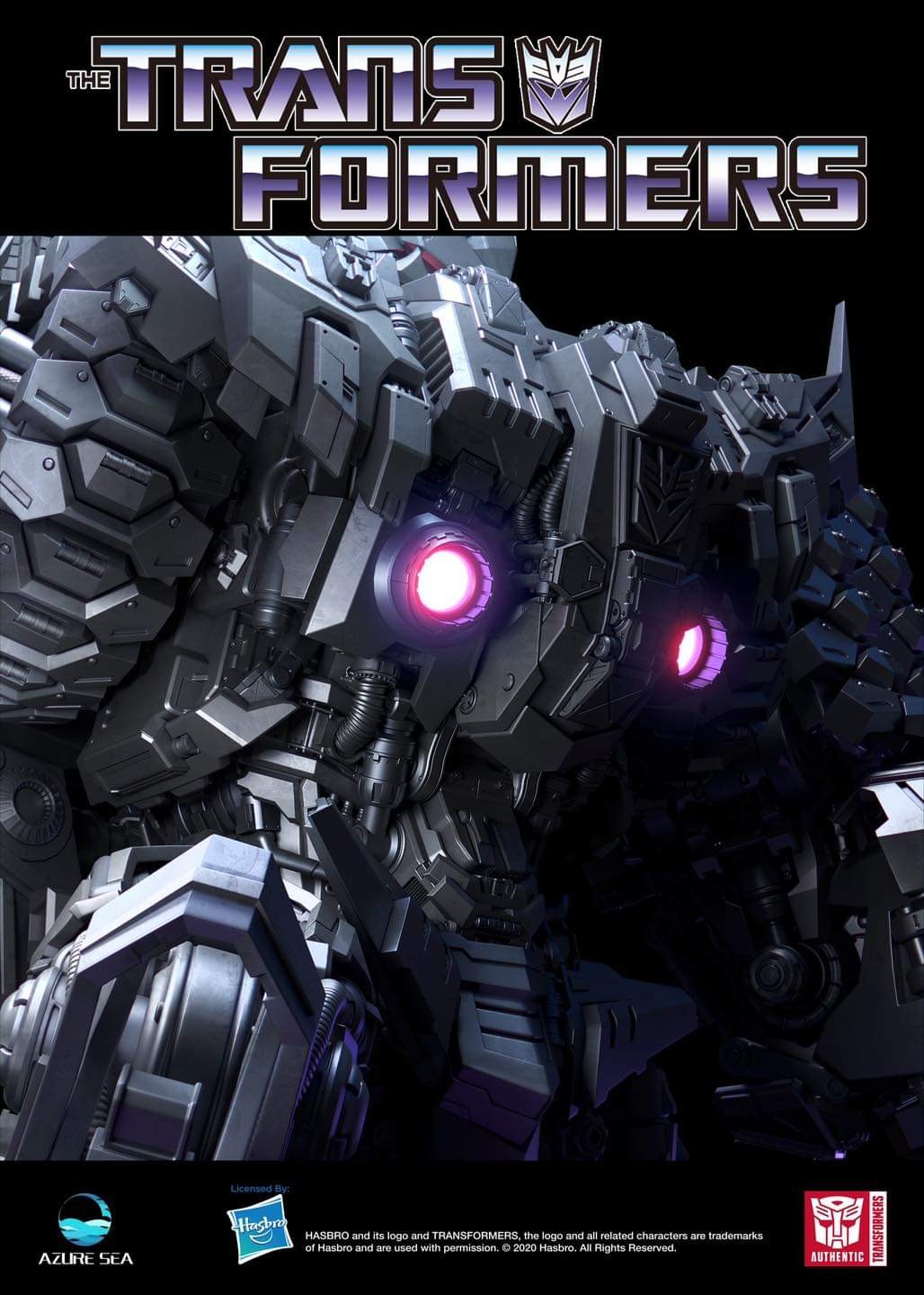 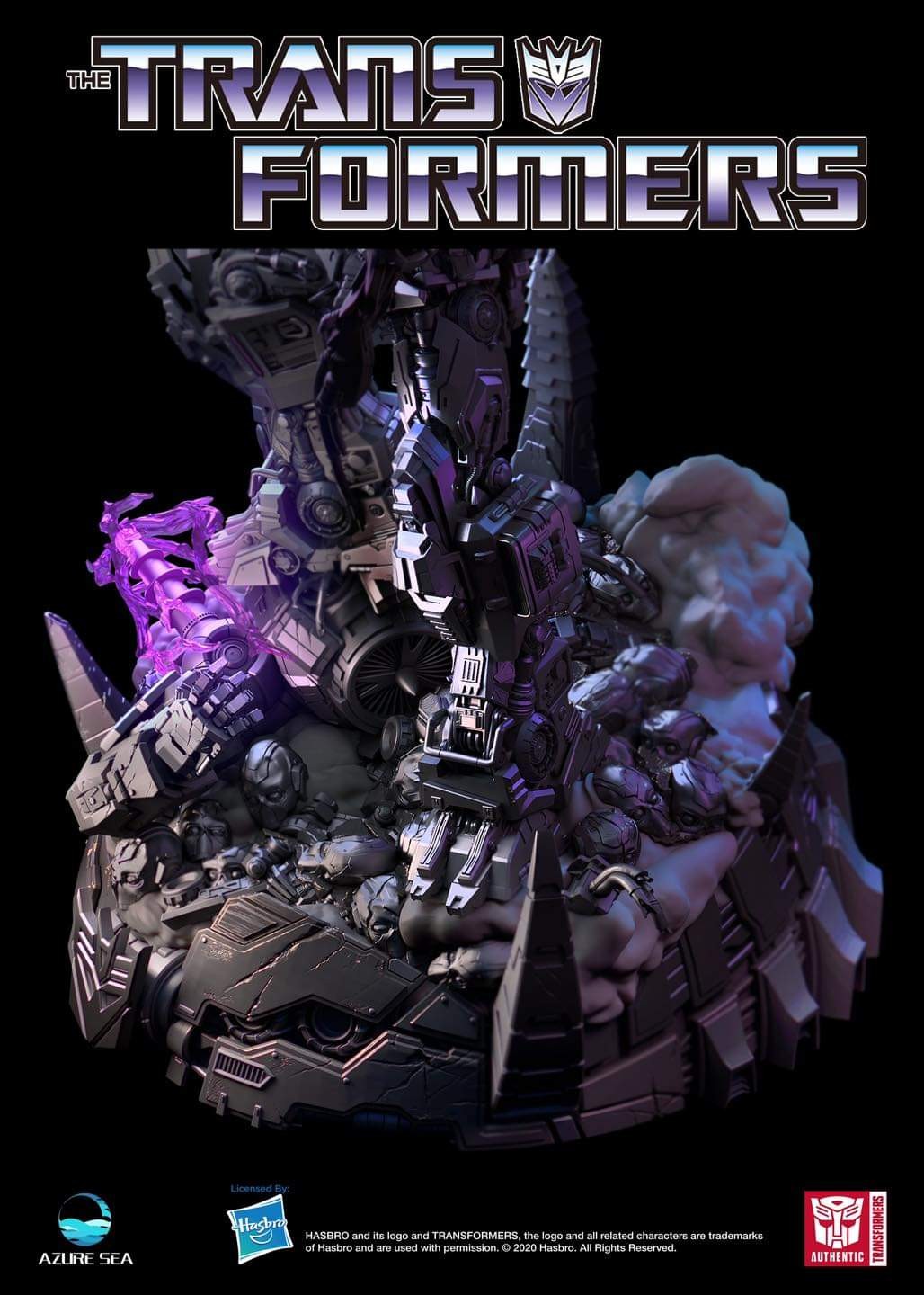 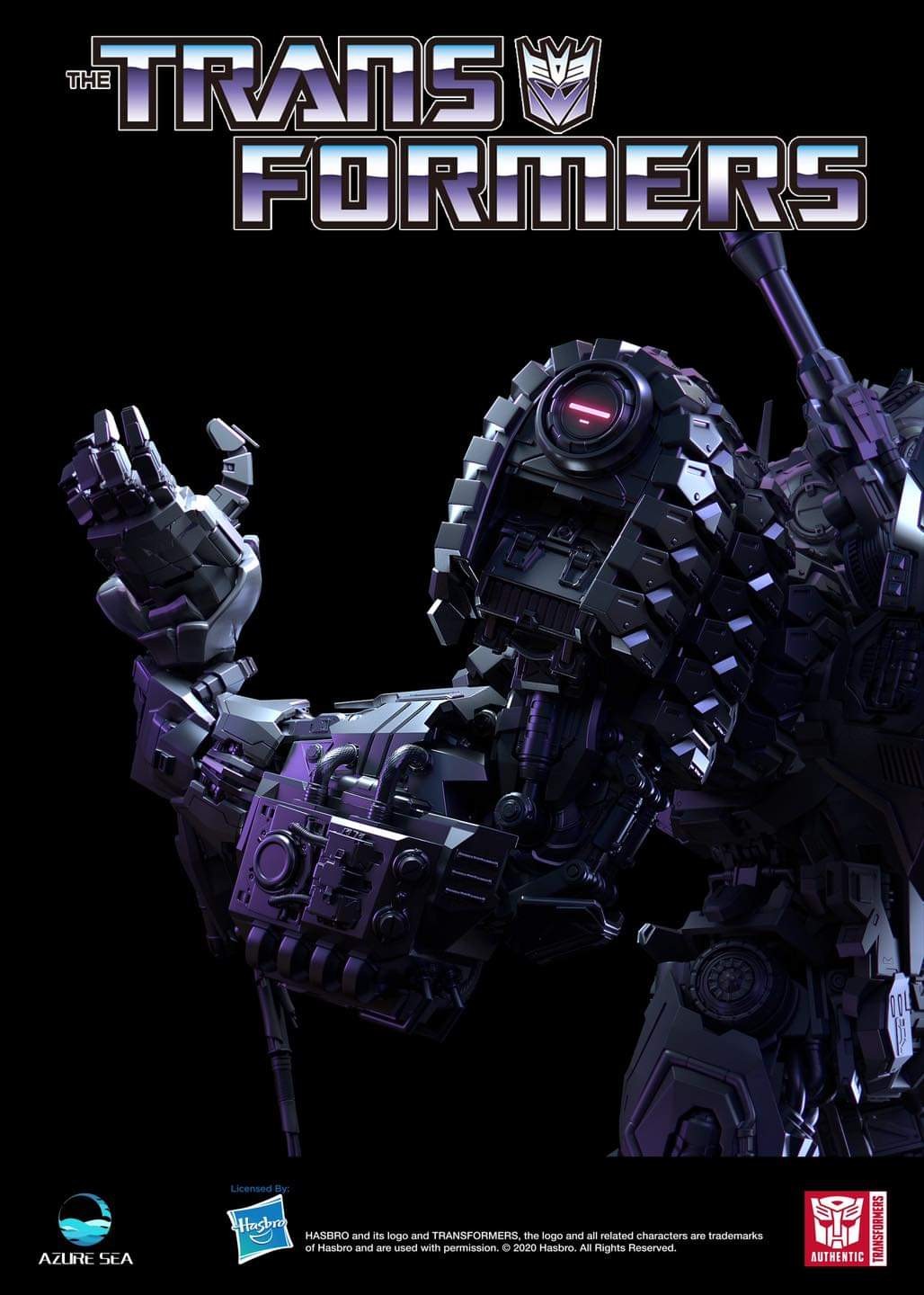 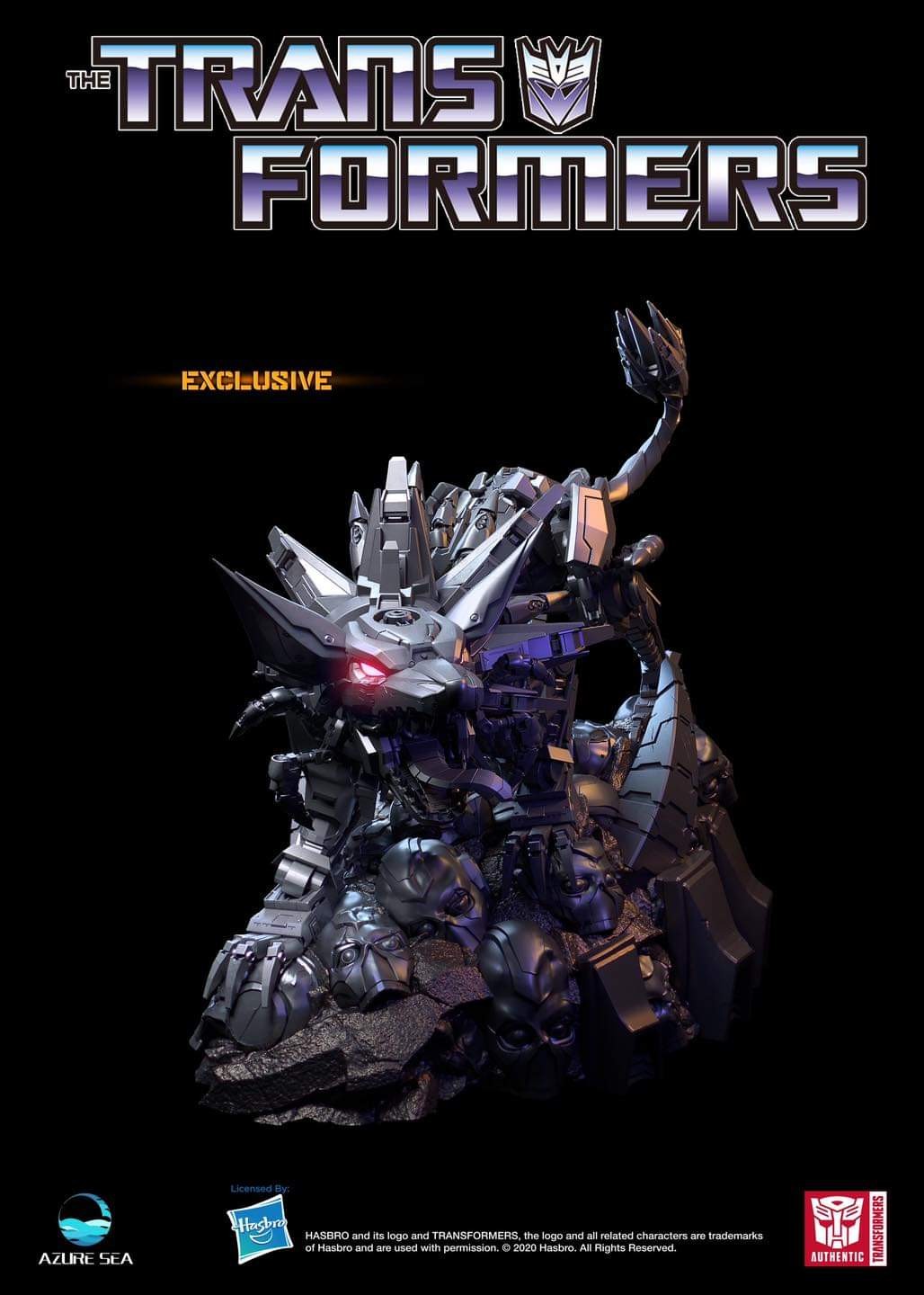 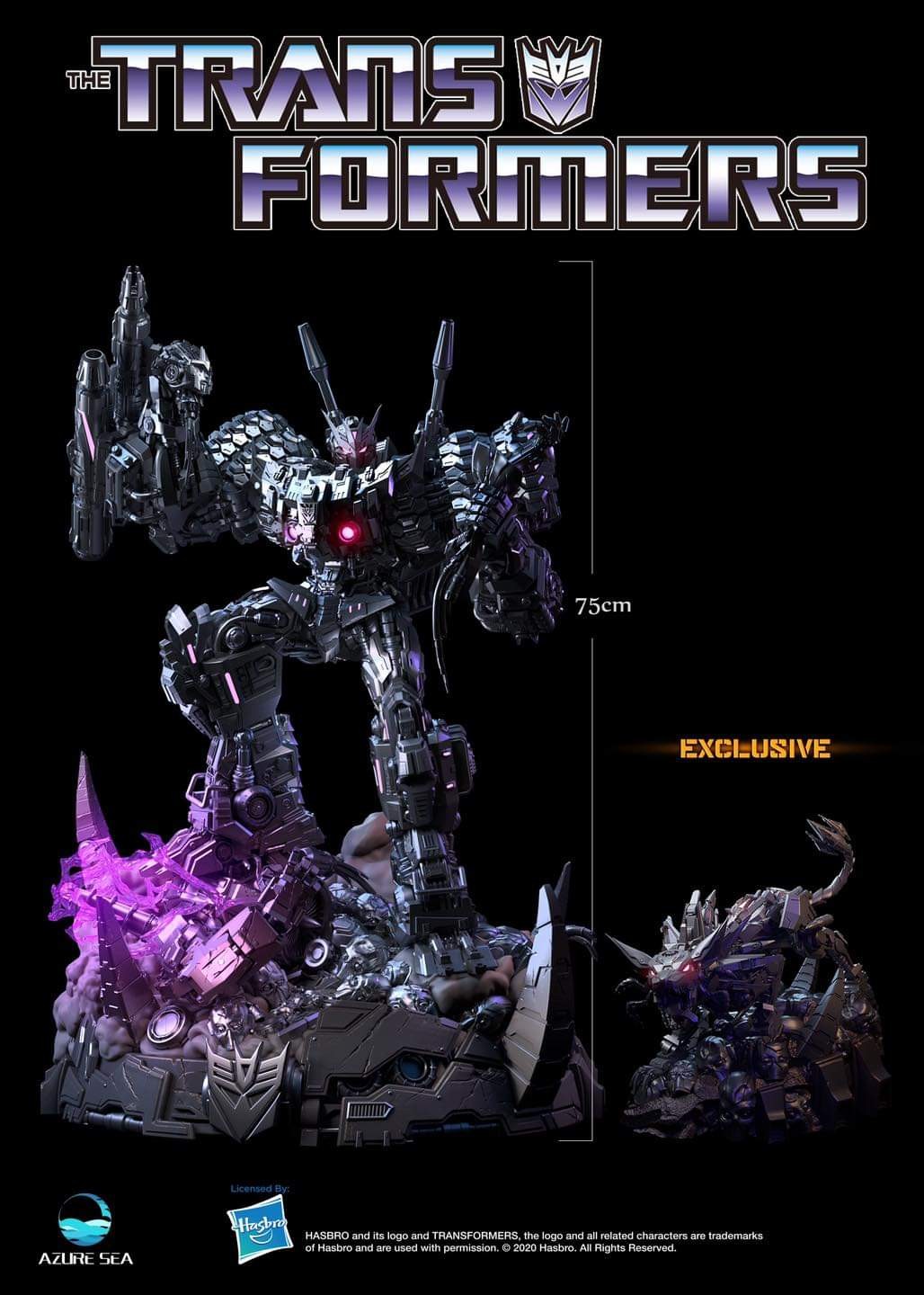 As you can see, the statue has a light up gimmick and is only the second officially licensed Tarn representation. Flame Toys produced the very first Tarn statue.

This statue is 75 cm (27.5") tall and appears to have the remains of Kaon scattered around, referencing the "Dying of the Light" Arc in the Transformers More Than Meets The Eye Comic series by IDW.