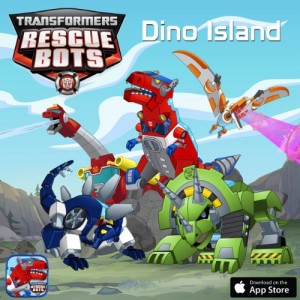 Similar to PlayDate's storybook app TRANSFORMERS RESCUE BOTS: SKY FOREST RESCUE, which launched in 2014, OPTIMUS PRIME recruits the reader to help the Rescue Bots train and join the action as Griffin Rock Rescue's newest cadet. To rescue Professor Baranova and Frankie Greene from the clutches of Colonel Quarry, the TRANSFORMERS Rescue Bots need to change into their dinosaur modes, but that's not enough to bring their friends home safely. The reader becomes the hero in this interactive adventure by helping the TRANSFORMERS Rescue Bots train for their mission, outsmart Colonel Quarry, and give Blades the flight bot the push he needs to take flight!

"When we saw our first TRANSFORMERS RESCUE BOTS app race to the #1 spot in Paid Book Apps in the App Store in over 40 countries, we knew there was a hunger for more Rescue Bots stories," said Shaan Kandawalla, Co-Founder of PlayDate Digital. "We're proud of what we've created in our second feature. This is a TRANSFORMERS Rescue Bots adventure that happens as you read it, and it will help early readers practice the basics of reading and word usage in a fun and captivating way."

"PlayDate Digital never disappoints when it comes to delivering a product that is engaging, educational, and relevant for our youngest TRANSFORMERS fans," said Jeff Popper, Vice President of Global Marketing for Hasbro, Inc. "Their Dino Island storybook app places the reader in the action, helping them not only practice their reading skills but problem solving as well."

This highly entertaining app is inspired by the hit animated series TRANSFORMERS RESCUE BOTS, created by Hasbro Studios and currently airing in 130 countries and on Discovery Family Channel in the United States. Now, the adventures of the TRANSFORMERS Rescue Bots and their human partners can be part of every child's early reading experience in this thrilling new storybook app.

Special introduction by Optimus Prime!
Heatwave the firebot, Chase the police bot, Boulder the construction bot, and Blades the flight bot change into dinosaur mode!
Live-action 'play-by-play' narrative.
Interactive TRANSFORMERS RESCUE BOTS action on every page.
Read to Me and Read Along modes for all levels of early and emerging readers.
AutoPlay feature brings the story to life.
New and advanced vocabulary highlighted and sounded out on each page.
Includes a Sight Word practice section.
Take your picture with your favorite Dino Bot when you complete the mission!
Designed to aim at these Learning Goals:

Teamwork
Problem-solving with a group
TRANSFORMERS RESCUE BOTS: DINO ISLAND is now available for $2.99 on iPad, iPhone, iPod and at www.AppStore.com

About PlayDate Digital Inc.
PlayDate Digital Inc. is an emergent publisher of high-quality, interactive, mobile educational software for children, designed to nurture children's emerging literacy and creativity skills. Created in collaboration with leading preschool education experts, PlayDate Digital content is built in partnership with some of the world's most trusted global brands for kids and developed and published for iOS and Android devices. More information can be found online at www.playdatedigital.com or "Like" them on Facebook and follow them on Twitter.

Hasbro (NASDAQ: HAS) is a global company committed to Creating the World's Best Play Experiences, by leveraging its beloved brands, including LITTLEST PET SHOP, MAGIC: THE GATHERING, MONOPOLY, MY LITTLE PONY, NERF, PLAY-DOH, TRANSFORMERS, and premier partner brands. From toys and games, television programming, motion pictures, digital gaming and a comprehensive lifestyle licensing program, Hasbro fulfills the fundamental need for play and connection for children and families around the world. The Company's Hasbro Studios creates entertainment brand-driven storytelling across mediums, including television, film and more. Through the company's commitment to corporate social responsibility, including philanthropy, Hasbro is helping to build a safe and sustainable world and to positively impact the lives of millions of children and families every year. Learn more at www.hasbro.com and follow us on Twitter (@Hasbro & @HasbroNews). 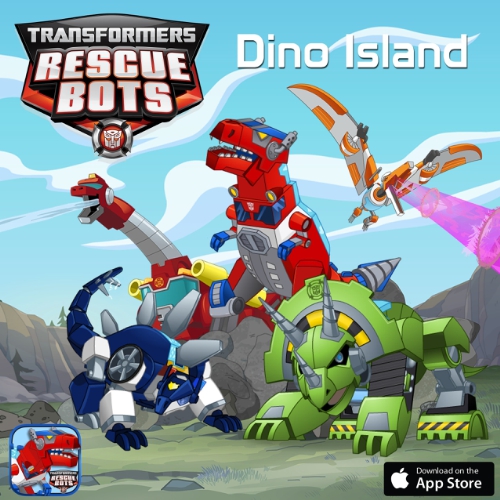