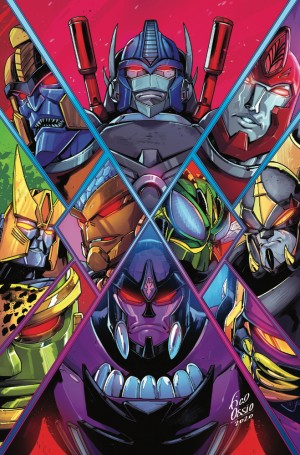 Greetings Seibertronians! It's that time of the month again where IDW reveals what comics they'll have to offer for the 2nd month of 2021! There's some good treats in store for people this month, with the crown jewel being the launch of IDW’S new Beast Wars comic!

Check out all the solicits below! 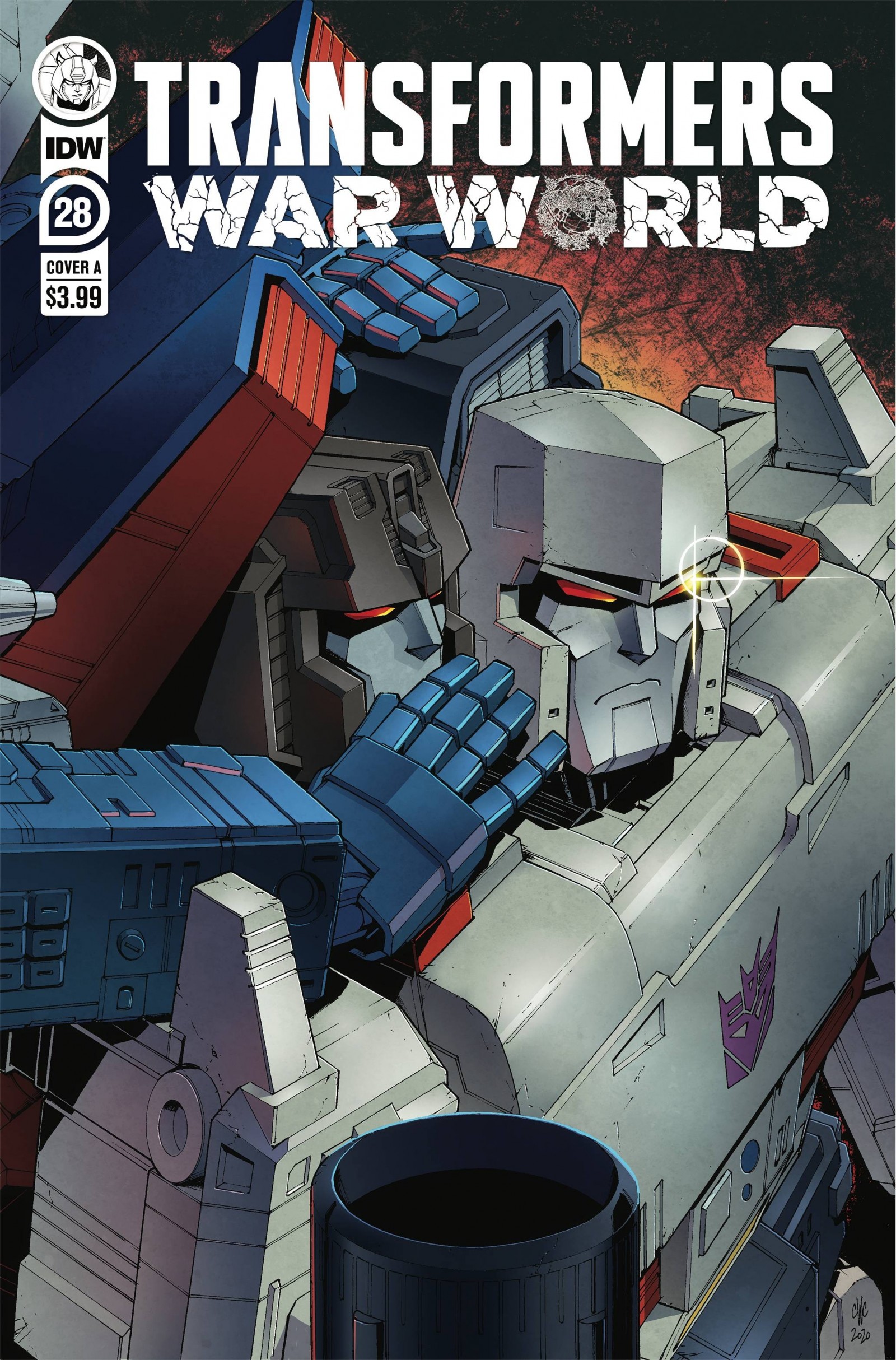 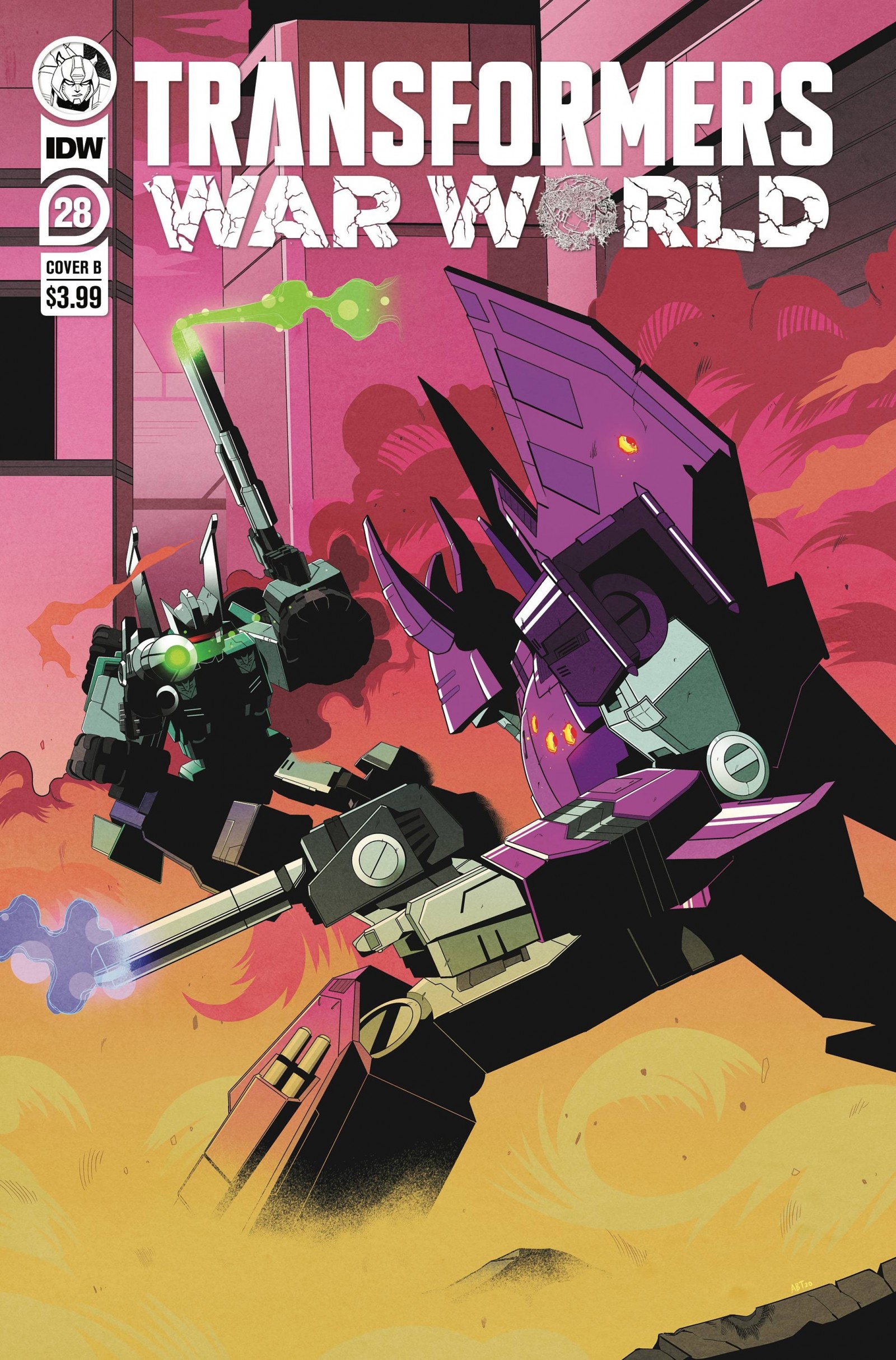 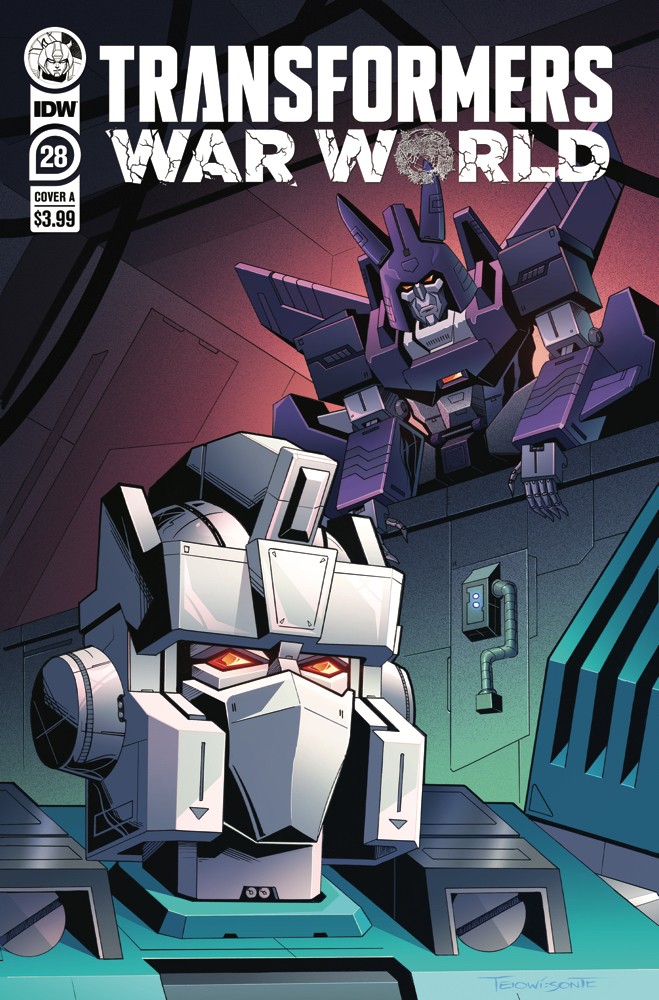 Cover A: Casey W. Coller
Brian Ruckley (w) • Anna Malkova (a) • Casey W. Coller (c)
“War World: Hunt”. As the Decepticons take over important facilities in Iacon, it opens up an opportunity for a jailbreak! But, will Bumblebee, Swindle, and Trickdiamond be able to escape—and is it really better for them if they do? Meanwhile, Starscream and Megatron scheme and Cyclonus returns with a grudge.

*Retailer incentives:
Order 10 copies and get one free variant cover by Thomas Deer! 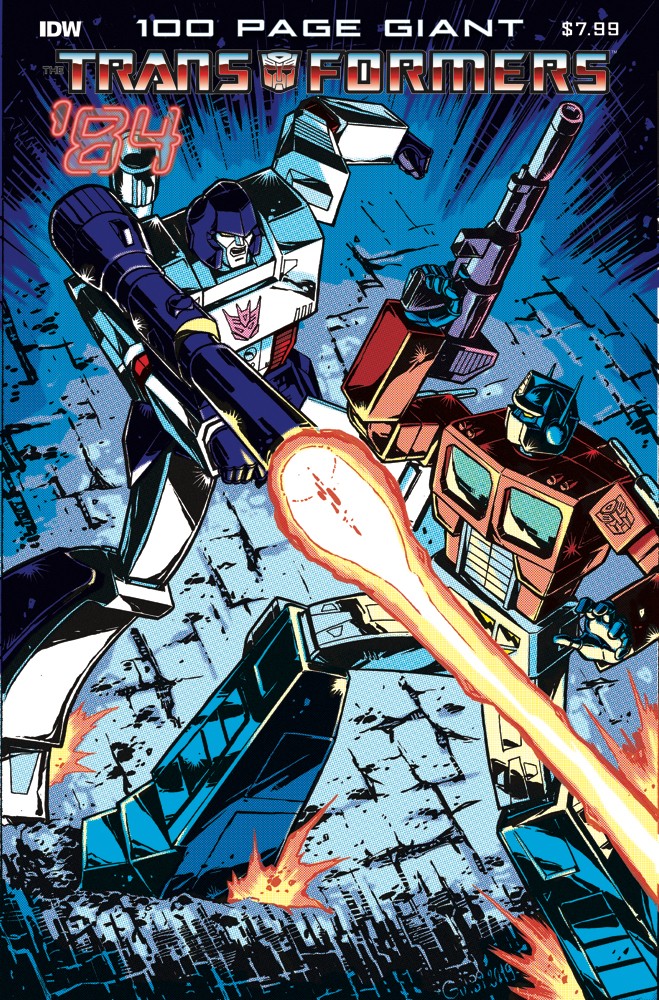 Bill Mantlo & Ralph Macchio, Steve Parkhouse, Simon Furman (w) • Frank Springer & Kim DeMulder, John Ridgway, Mike Collins, Guido Guidi (a) • Guido Guidi (c)
Some events in history are so incredible, that they’ve gone down in legend—epic tales of epic heroes and villains. Others remain shrouded in mystery, only surfacing as snippets of the real story. Transformers ’84: Legends & Rumors is the perfect companion book to the Secrets & Lies mini-series, representing the classic stories that inspired the series: “The Transformers” (Transformers #1), “Man of Iron” (Transformers UK #9-12), and the Transformers ’84 #0 one-shot! 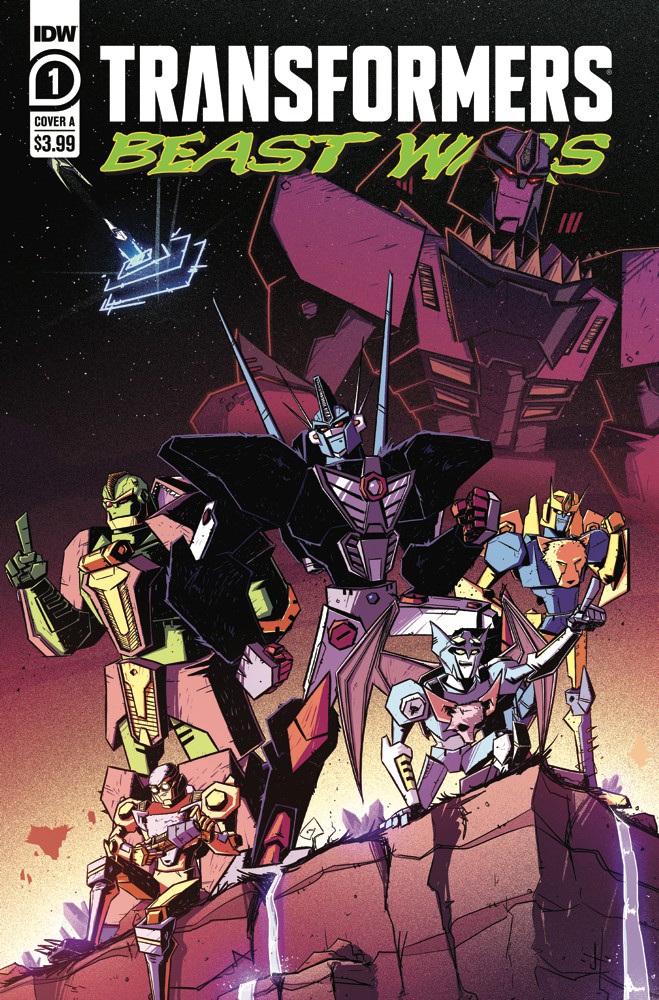 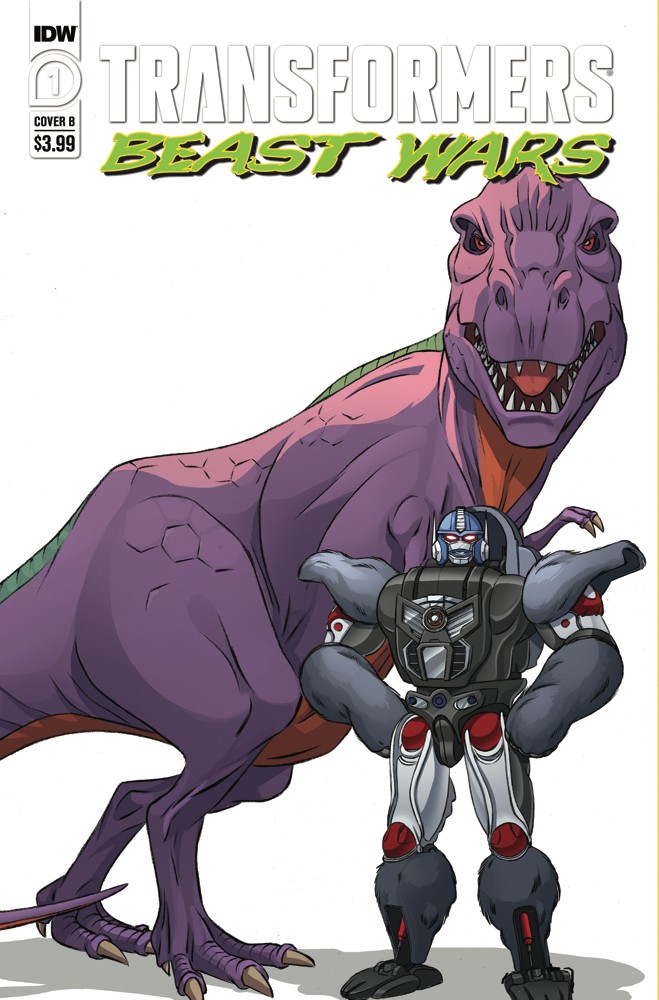 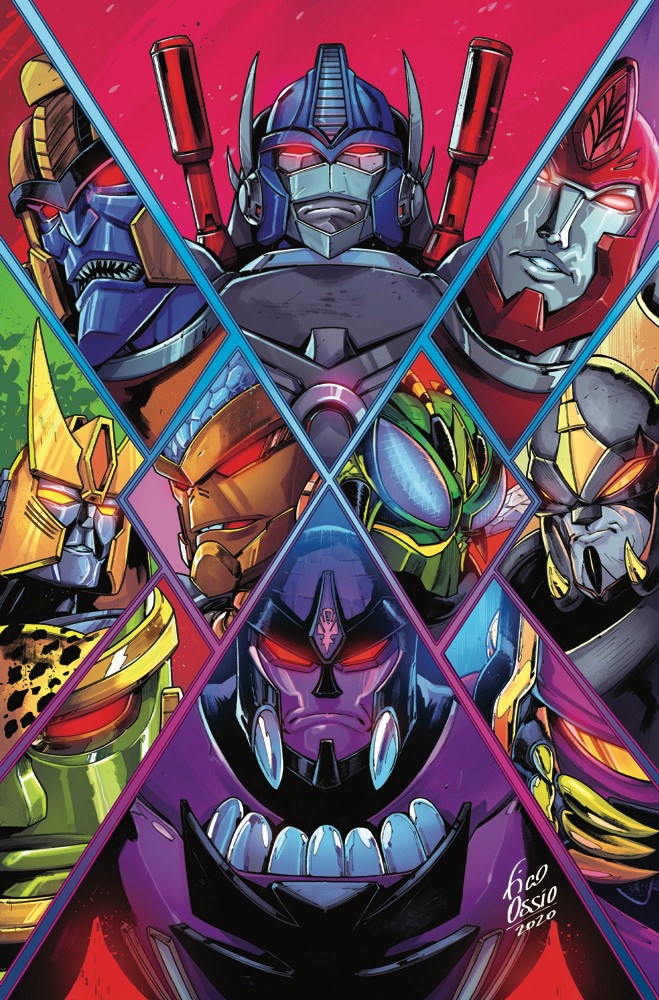 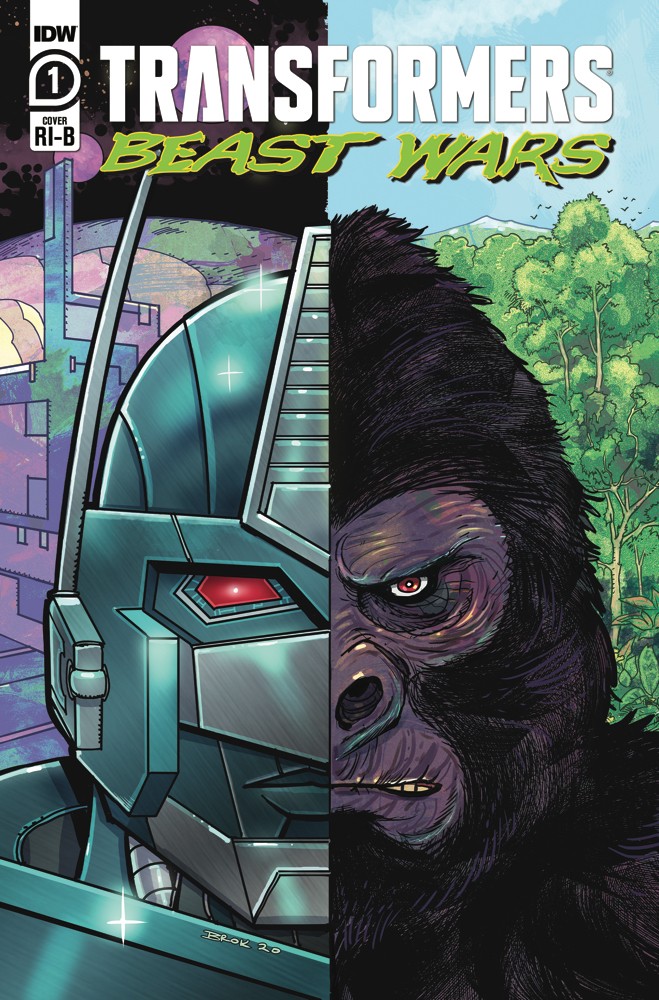 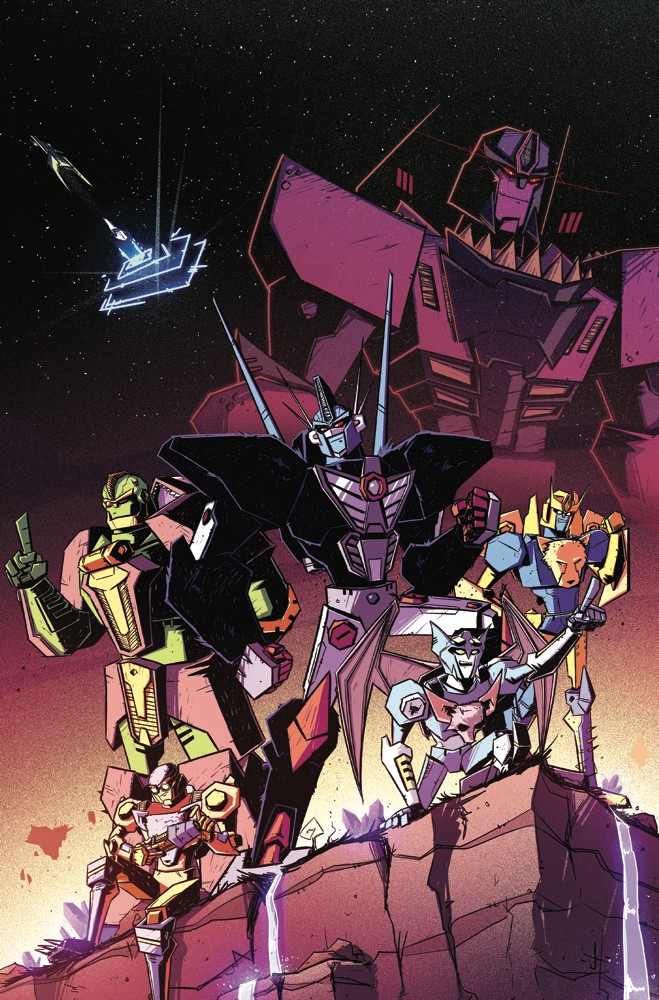 Gem of the Month—Cover A: Josh Burcham
Erik Burnham (w) • Josh Burcham (a & c)
Celebrating 25 years of Beast Wars! In the future, the planet Cybertron belongs to the scientific-minded Maximals and the action-oriented Predacons! When a crew of Predacons, led by the successor to the Megatron name, steal a golden disk and a ship capable of traveling through time, it’s up to Optimus Primal and his Maximal crew—Rattrap, Rhinox, Cheetor, and new character Nyx—to catch them! A brand-new Beast era begins in an oversized first issue by Erik Burnham (Ghostbusters, Transformers/Ghostbusters) and Josh Burcham (Transformers, Transformers Galaxies), yesssss! 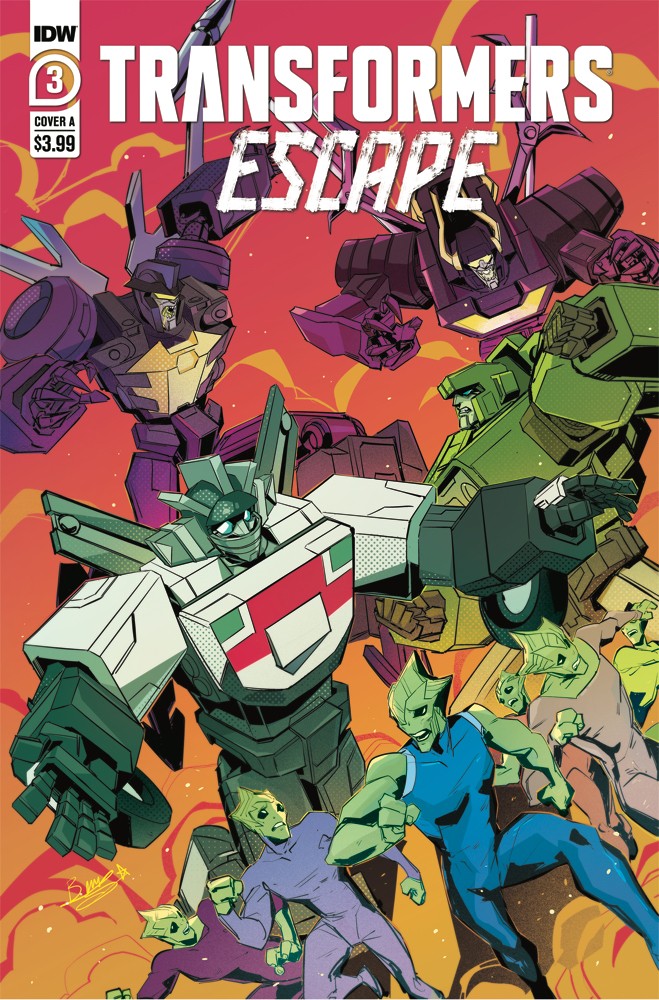 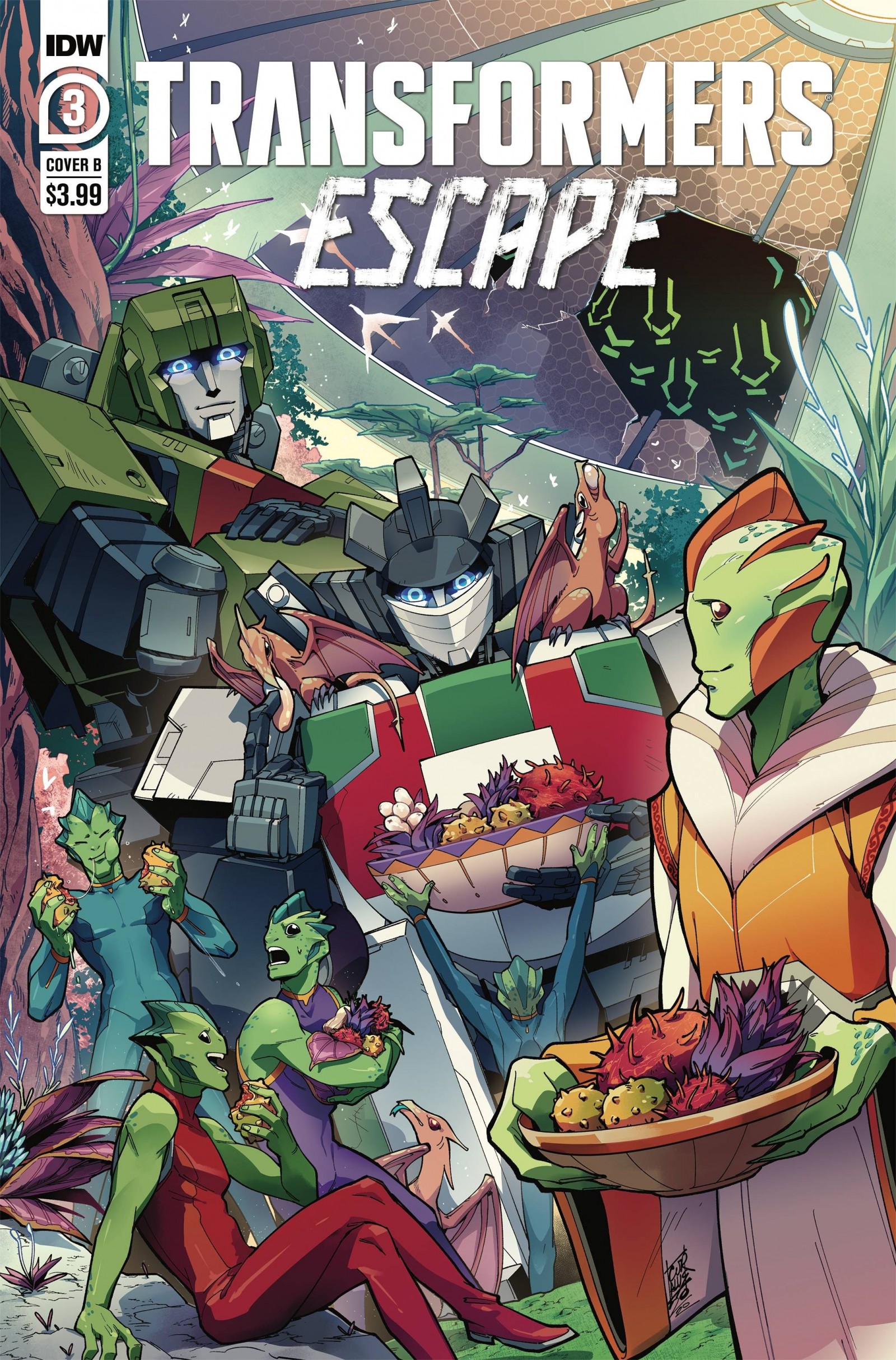 Cover A: Beth McGuire-Smith
Brian Ruckley (w) • Beth McGuire-Smith (a & c)
As preparations for the escape ships continue, Wheeljack and Hound work to move what remains of the A’ovan population and habitat to a safe location for evacuation. Unfortunately, the Insecticons are insatiable and a caravan full of Cybertronian and organic life is too good a meal to pass up.

*Retailer incentives:
Order 10 copies and get one free variant cover by Jeffrey Veregge! 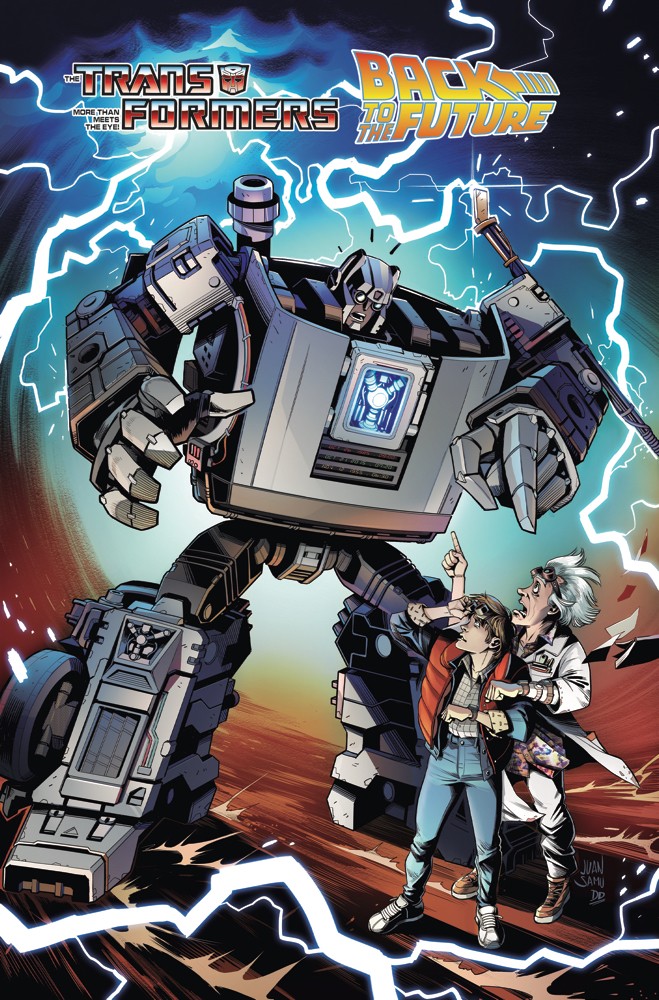 SPOTLIGHT
Cavan Scott (w) • Juan Samu (a & c)
Great Scott! Pop-culture juggernauts collide in the ultimate 1980s (and 1950s and 2010s) showdown! Things are getting heavy–and nothing's as heavy as a Transformer! Marty McFly has just returned from the adventure of a lifetime to a new, better Hill Valley–everything's looking up for him! That is, until Marty and his friend Doc Brown's time machine attracts the attention of the Decepticons! With one small mistake, Marty finds himself once again thrust into an adventure to stop the Decepticon plot in the past, present, and future... all with the help of a new time machine... the Autobot Gigawatt!
TPB • FC • $15.99 • 96 pages • ISBN: 978-1-68405-801-3

Don't forget to browse Seibertron's own store to catch up on any comic releases you may have missed!

Will you be getting any of these? Let us know in the Energon Pub and stay tuned to Seibertron for all the latest news and reviews!

Posted 4 days ago
News Categories: Toy News, Movie Related News, Comic Book News, Cartoon News, Site News, Rumors, Event News, Digital Media News, Collectables, Game News, Sponsor News, Site Articles, Store News, Company News, People News, Press Releases, Sightings, Reviews, Unlicensed Products News, Auctions, Transtopia, Interviews, Knock Offs, Collector's Club News, Editorials, Heavy Metal War, Podcast, Contests, Book News, Top Lists
Click here to post your comment about this news story!
Re: IDW Transformers Comics Solicitations For February 2021 (2087468)
Posted by Rodimus Prime on November 20th, 2020 @ 4:00pm CST
I'm looking forward to the Beast Wars book, but I gotta say the art is underwhelming. It's too angular and TFA-inspired. It worked for the show but I don't like it for Beast Wars, it's supposed to be about infusing organic life into Transformers and thus should be more rounded lines. Either way, I'll check it out and go from there. The other titles are a pass, I haven't been interested in the other books in quite a while. Maybe I'll give them another shot in some time.
Re: IDW Transformers Comics Solicitations For February 2021 (2087507)
Posted by ScottyP on November 20th, 2020 @ 10:26pm CST
Burcham conveys more characterization in that cover with just the art than the ongoing has in 24 issues.
Re: IDW Transformers Comics Solicitations For February 2021 (2087521)
Posted by WiseMan on November 20th, 2020 @ 11:37pm CST

ScottyP wrote:Burcham conveys more characterization in that cover with just the art than the ongoing has in 24 issues.

I also agree completely. I just hope it's a fresh take, completely separate from Uprising, Shattered Glass, 3H, and the cartoon. Those were all good, but I don't want another rehash.

On the other hand, I don't want "Megatron transforms into a tankless tank and just might be eeeeeevil" fresh. I want it to do for Beast Wars what Beast Wars did for Transformers.
Re: IDW Transformers Comics Solicitations For February 2021 (2087548)
Posted by Triggerdick Megatron on November 21st, 2020 @ 3:14am CST
I'm worried as to what internal art the BW comic series will have... Please don't let it be the weird cartoony kind!