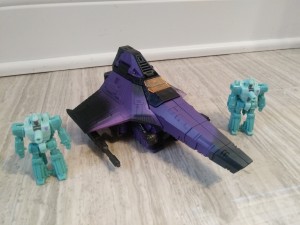 The Walmart exclusive Netflix Series voyager three packs are out in Canada and your fellow news editor found them while getting some milk today. Since these are all simply redecos, I felt in hand images would be all that was needed for a review since all of these molds have already been released multiple times.

This review will be for Hotlink with Battlemasters Heatstroke & Heartburn. Now first, there is indeed a difference between the two targetmasters. Heatstroke has a red visor while Heartburn has a yellow visor. And that's it.

Now as for Hotlink, while the mold is the same as all other Tetrajet Siege seekers, his deco and it's application is the most different so far. Unlike the other toys, he is spray painted to offer some purple highlights throughout the toy, to the point where he ends up being more purple than dark grey/black, which is the plastic colour he is mostly made of. Some joints and smaller parts are made of purple plastic, but it's mostly black and that black is spray painted in gradient patterns. The purple goes from lilac on his chest and pelvis to bright grape on the forearms to a more muted purple on most of the figure. It is more even in jet mode, where we see him mostly in that same muted purple. This does mean he has more paint than any other seeker so far, they even paint the inside of his wings to keep that purple theme. And since he ends up being more purple than black, fans wanting to turn him into Skywarp will have to remove a lot of the paint.

The really cool part of this new spray painted deco is that you no longer have the same kind of battle damage seen on the other seekers, which was always in the same place. I don't really know what the gradient is going for though, if it's meant to represent it's own battle damage or not, but it makes for a unique look. Enjoy the photos and let us know if you'll be getting this guy when he comes out. 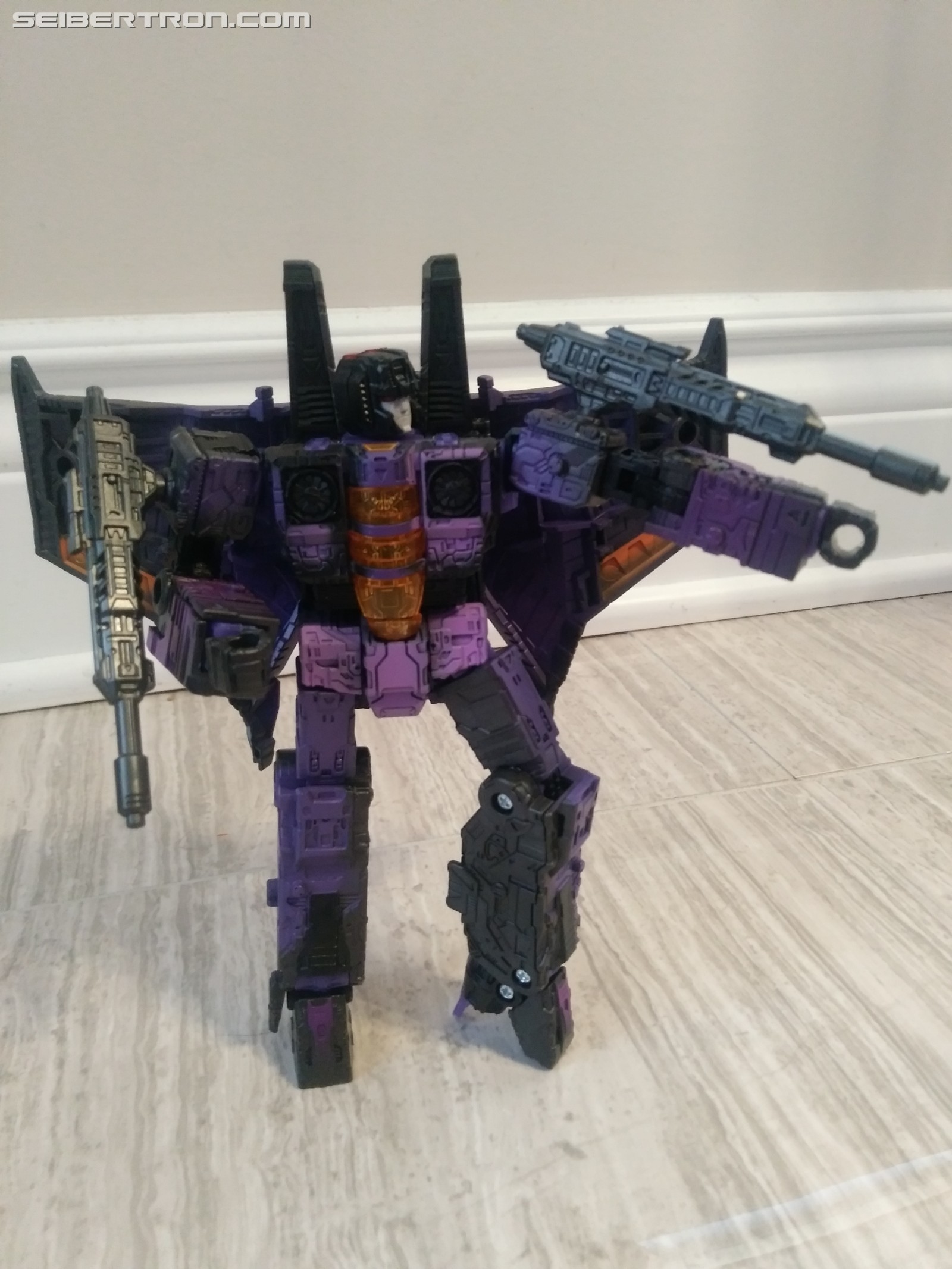 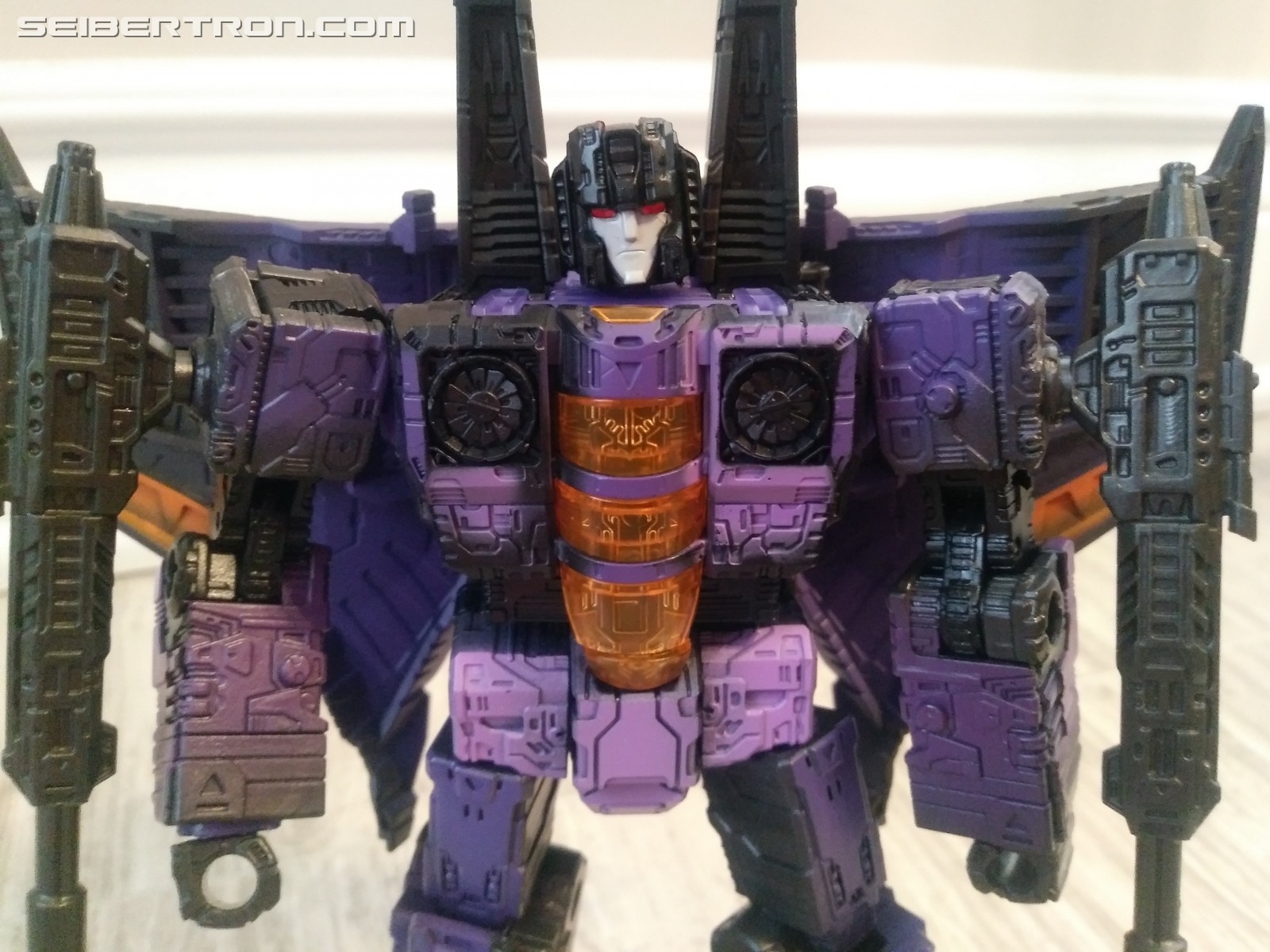 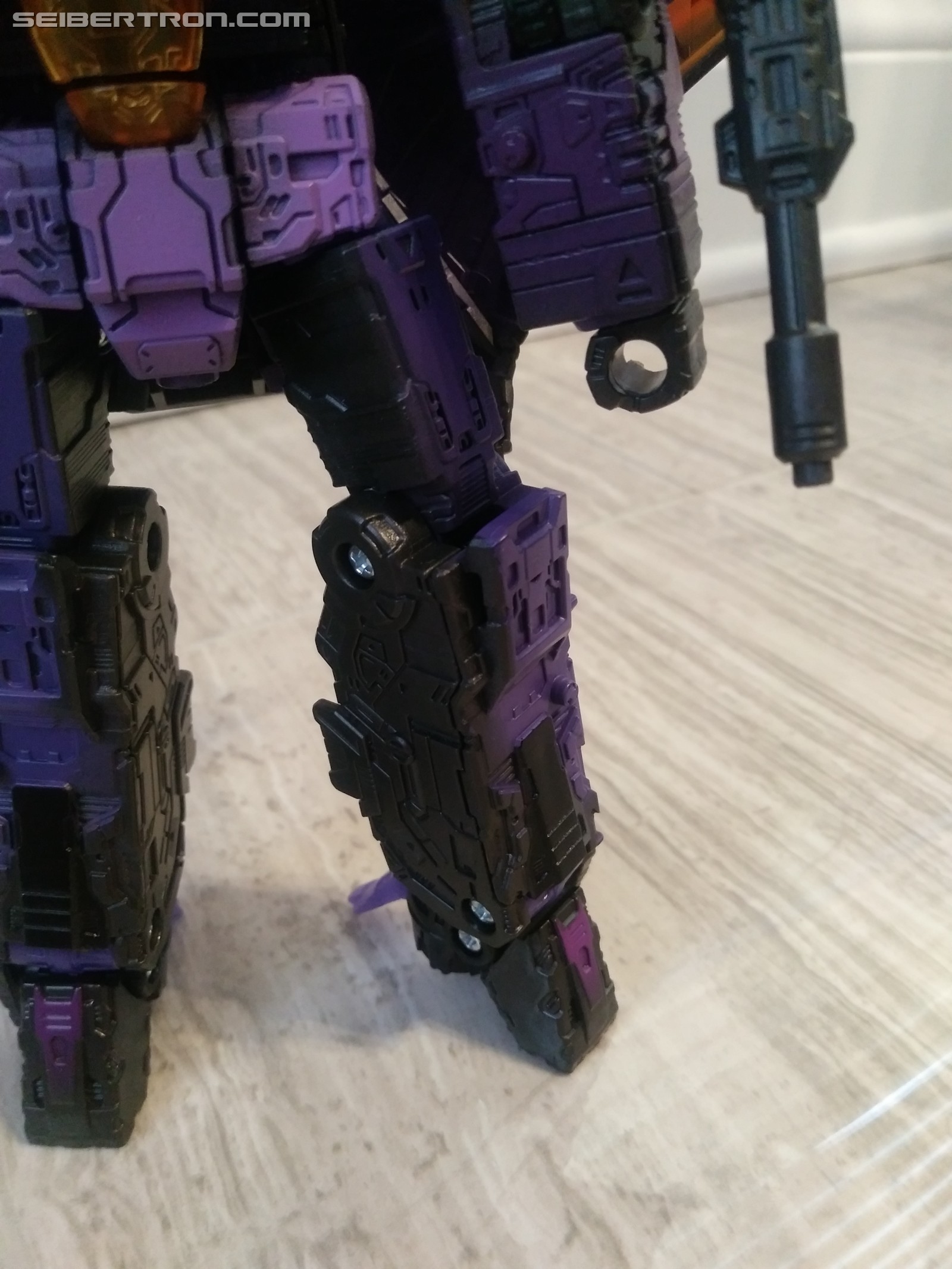 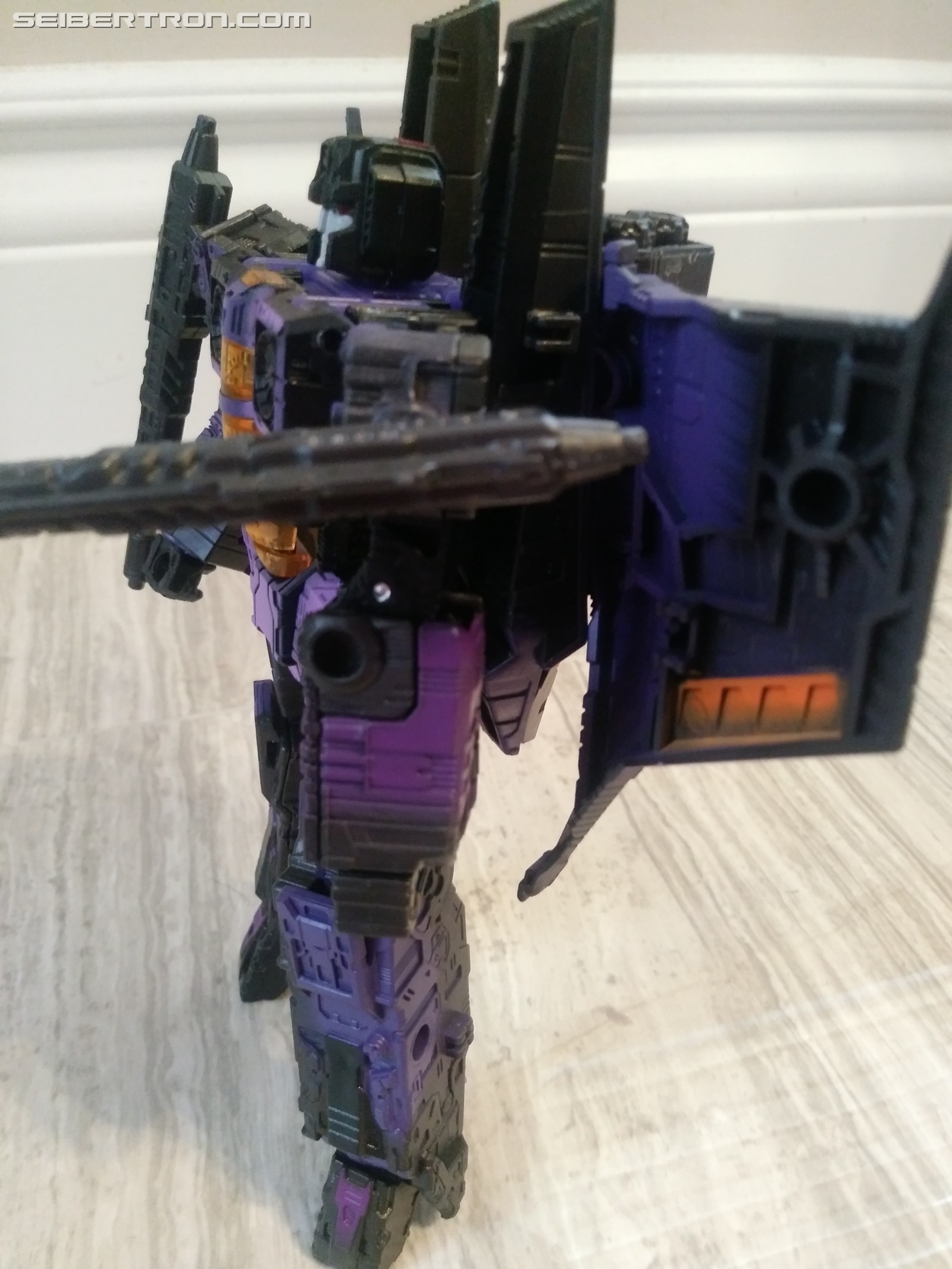 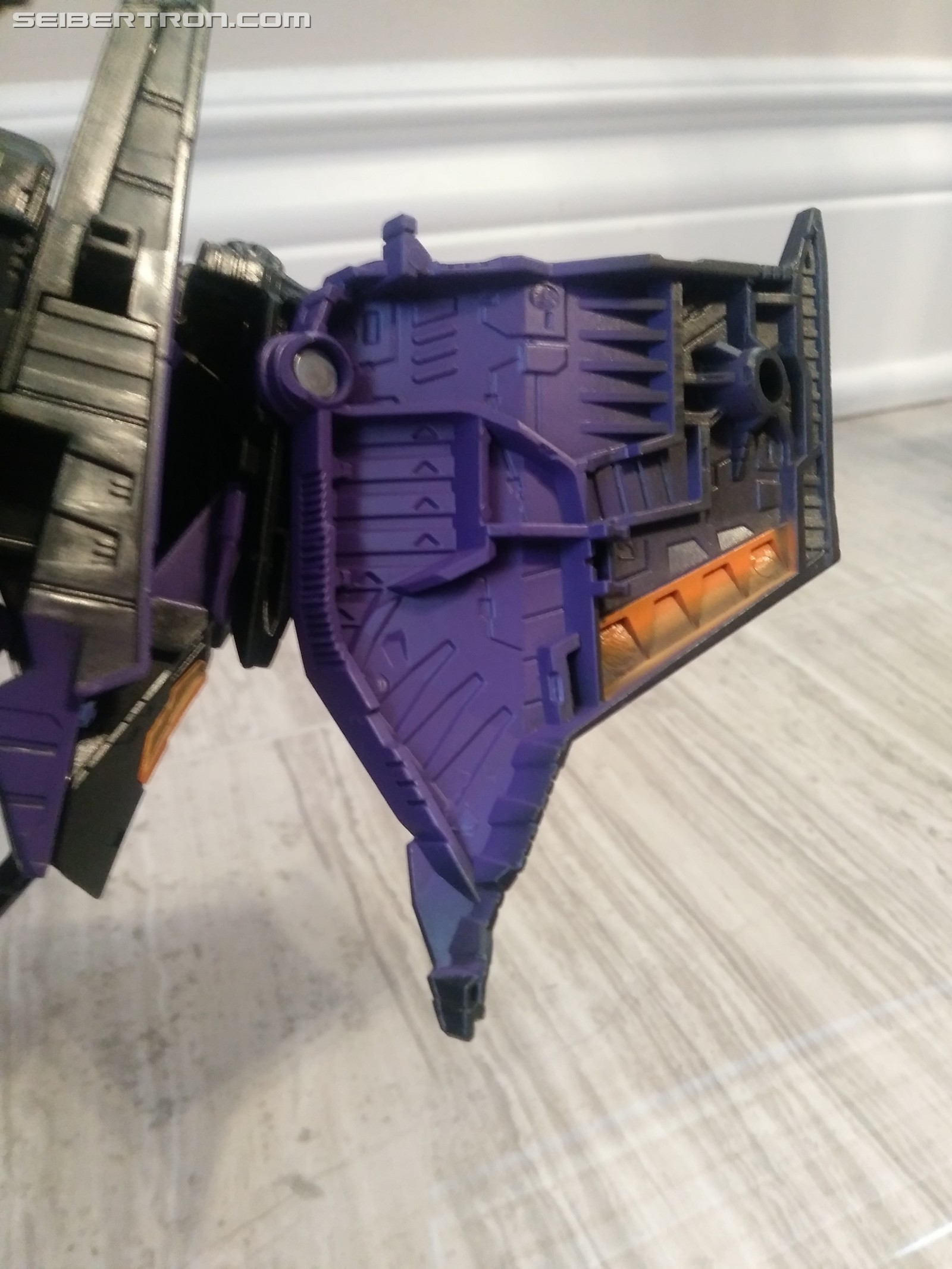 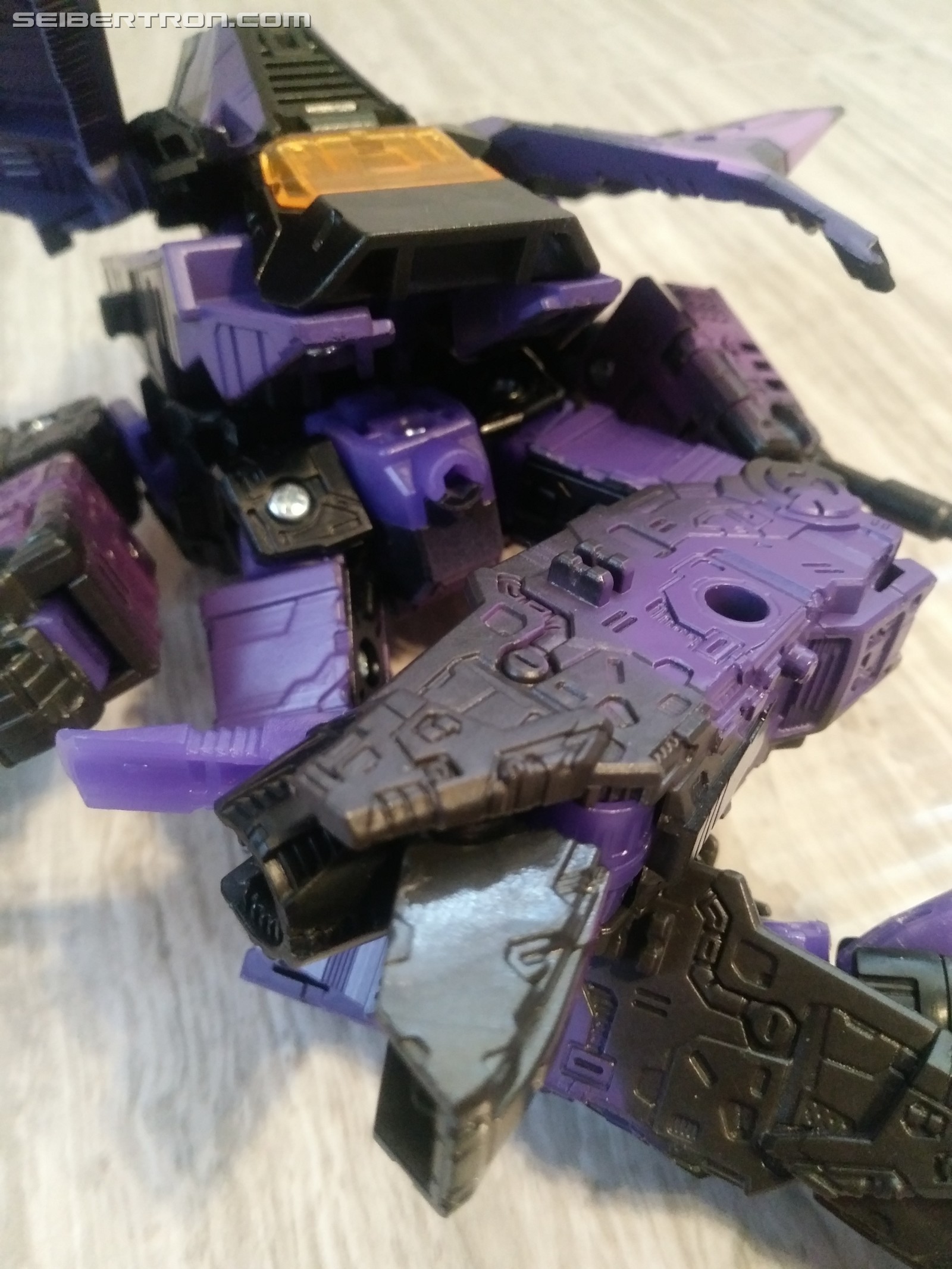 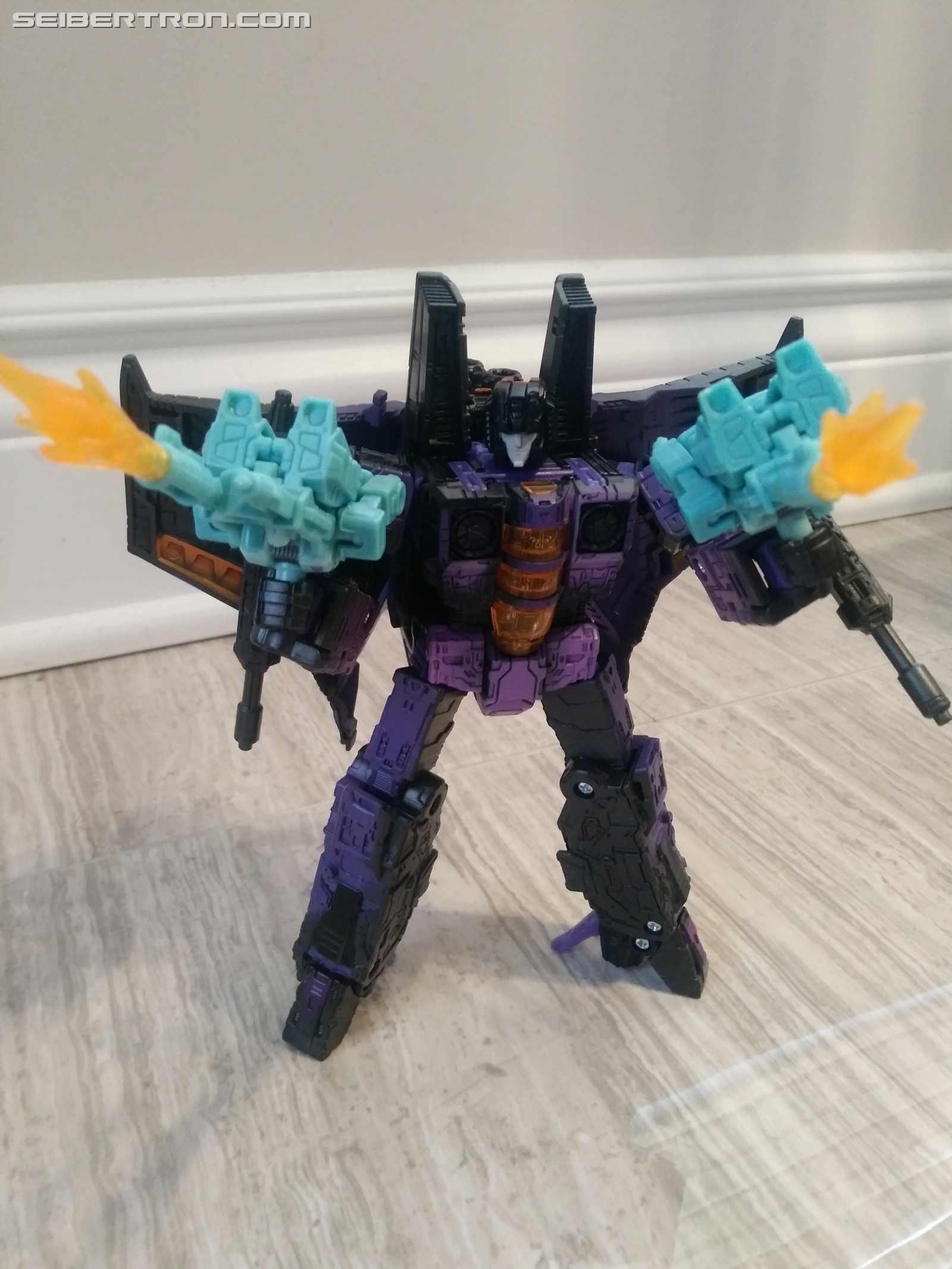 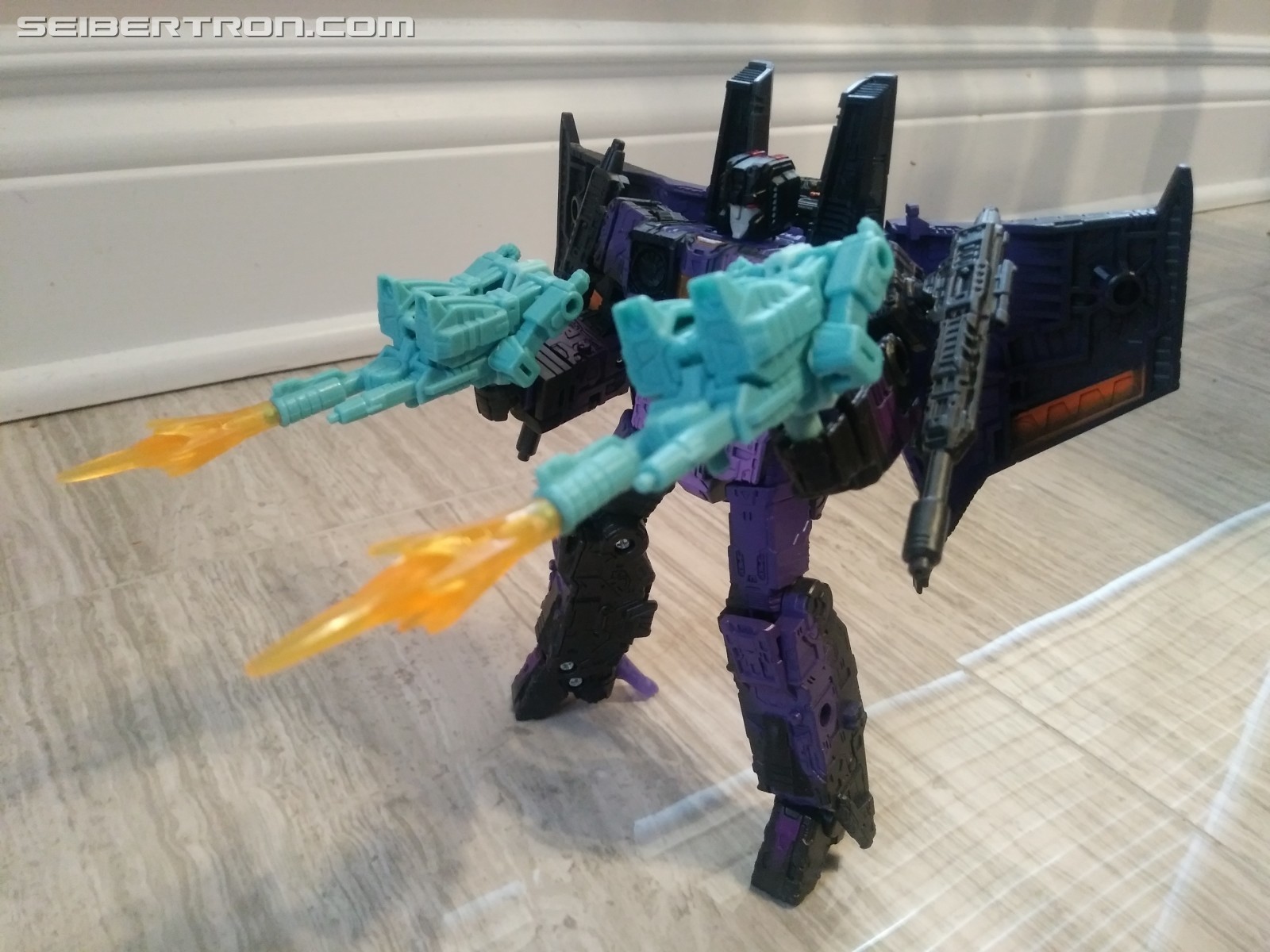 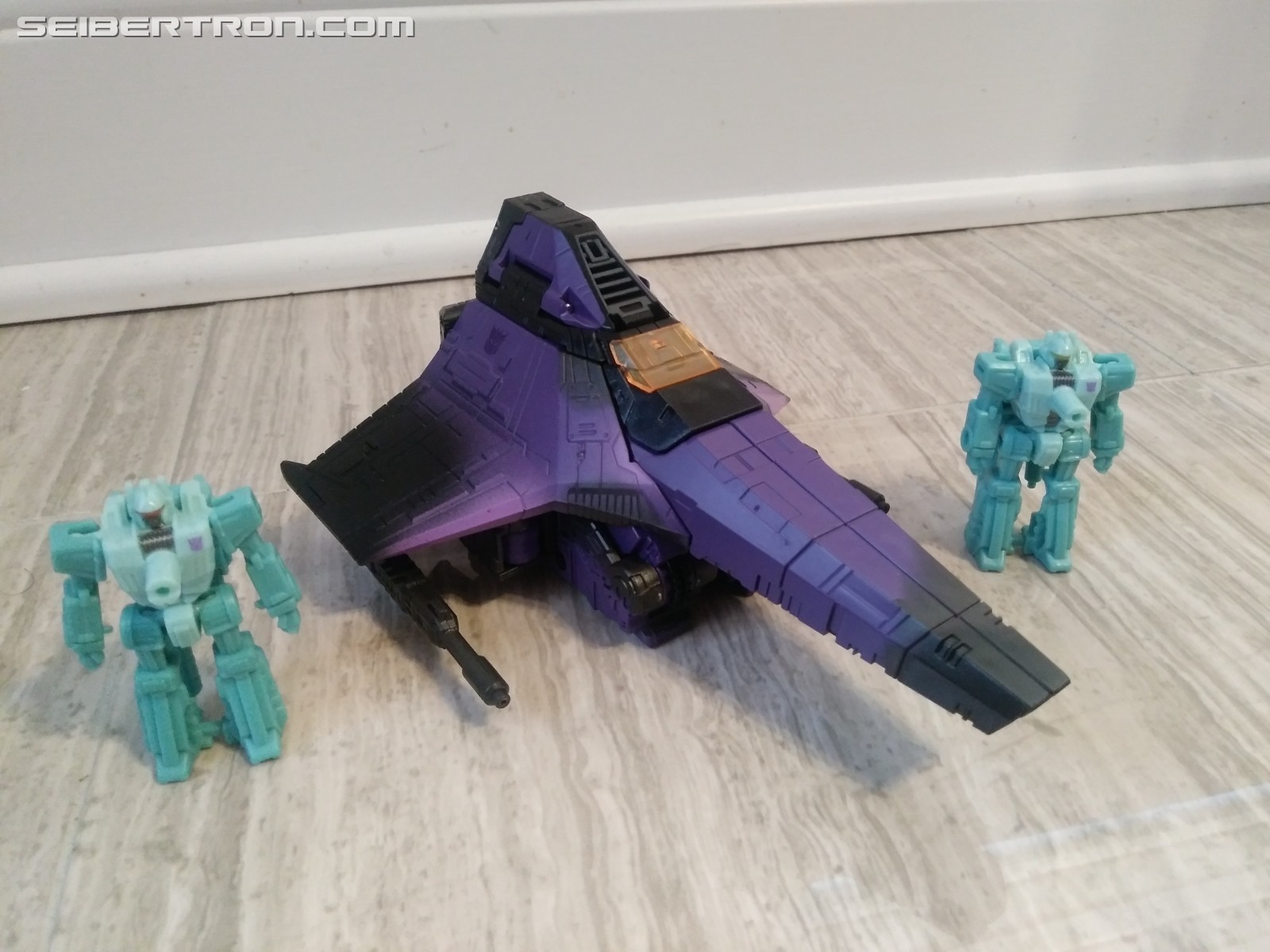 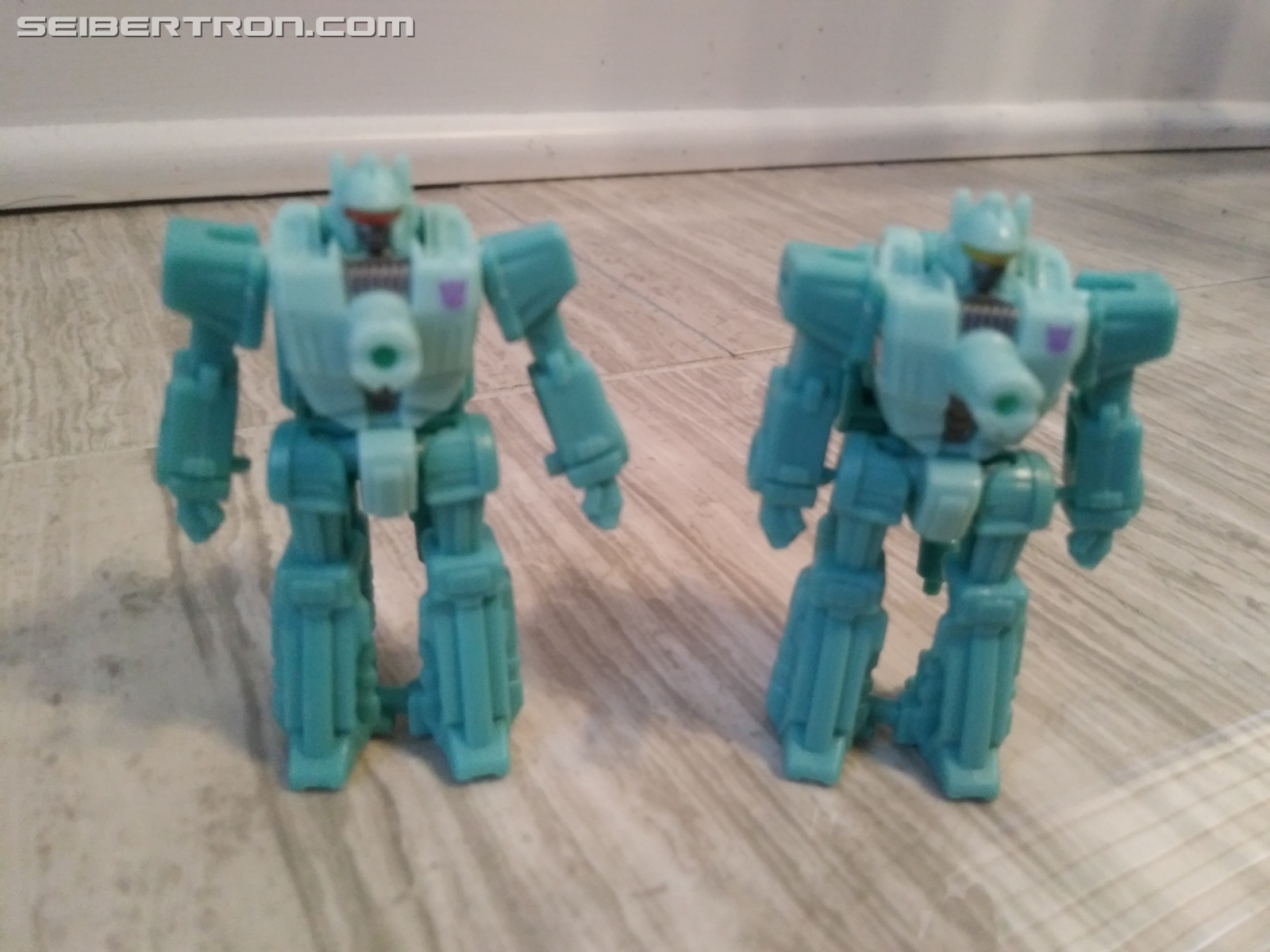 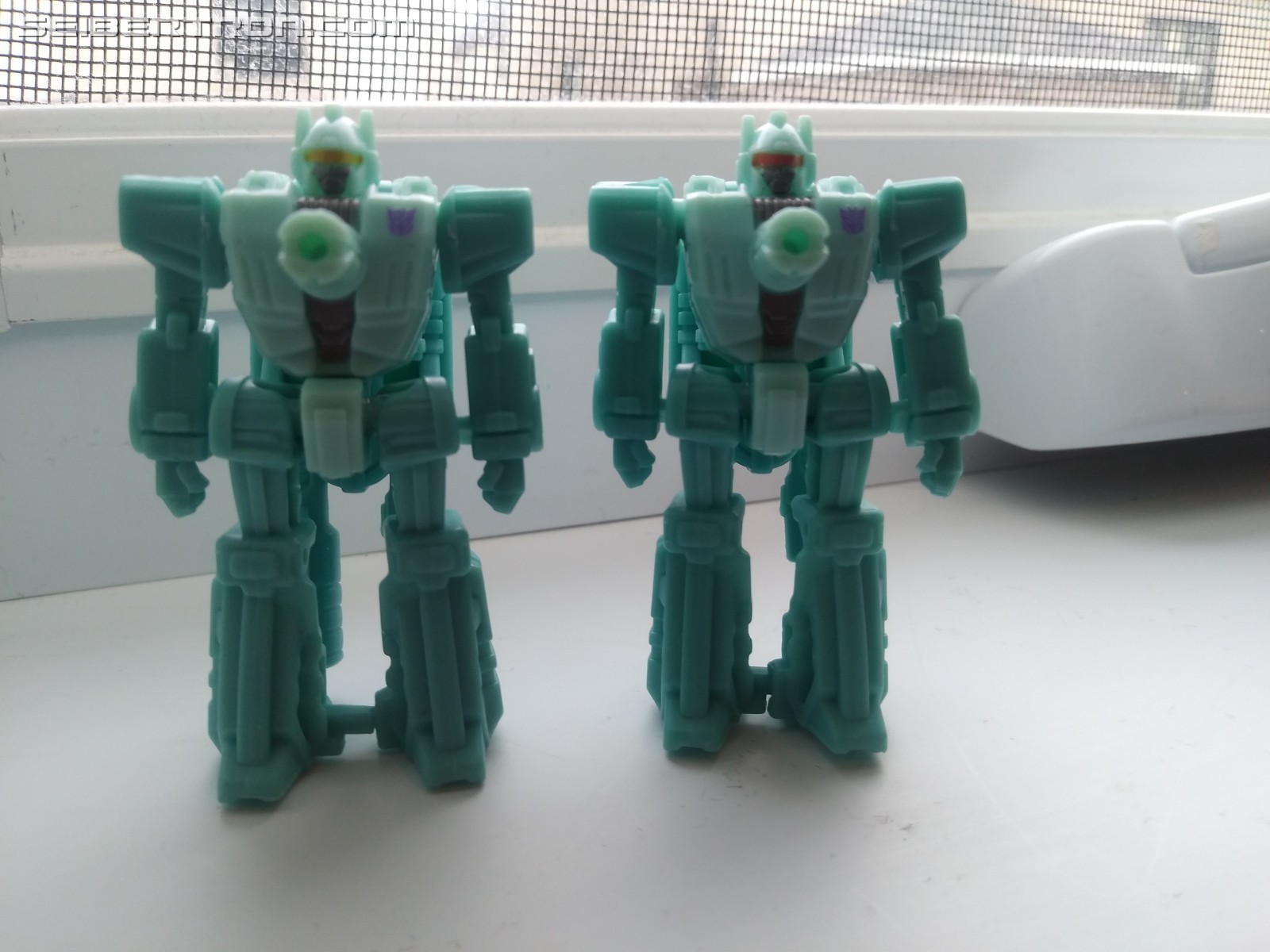 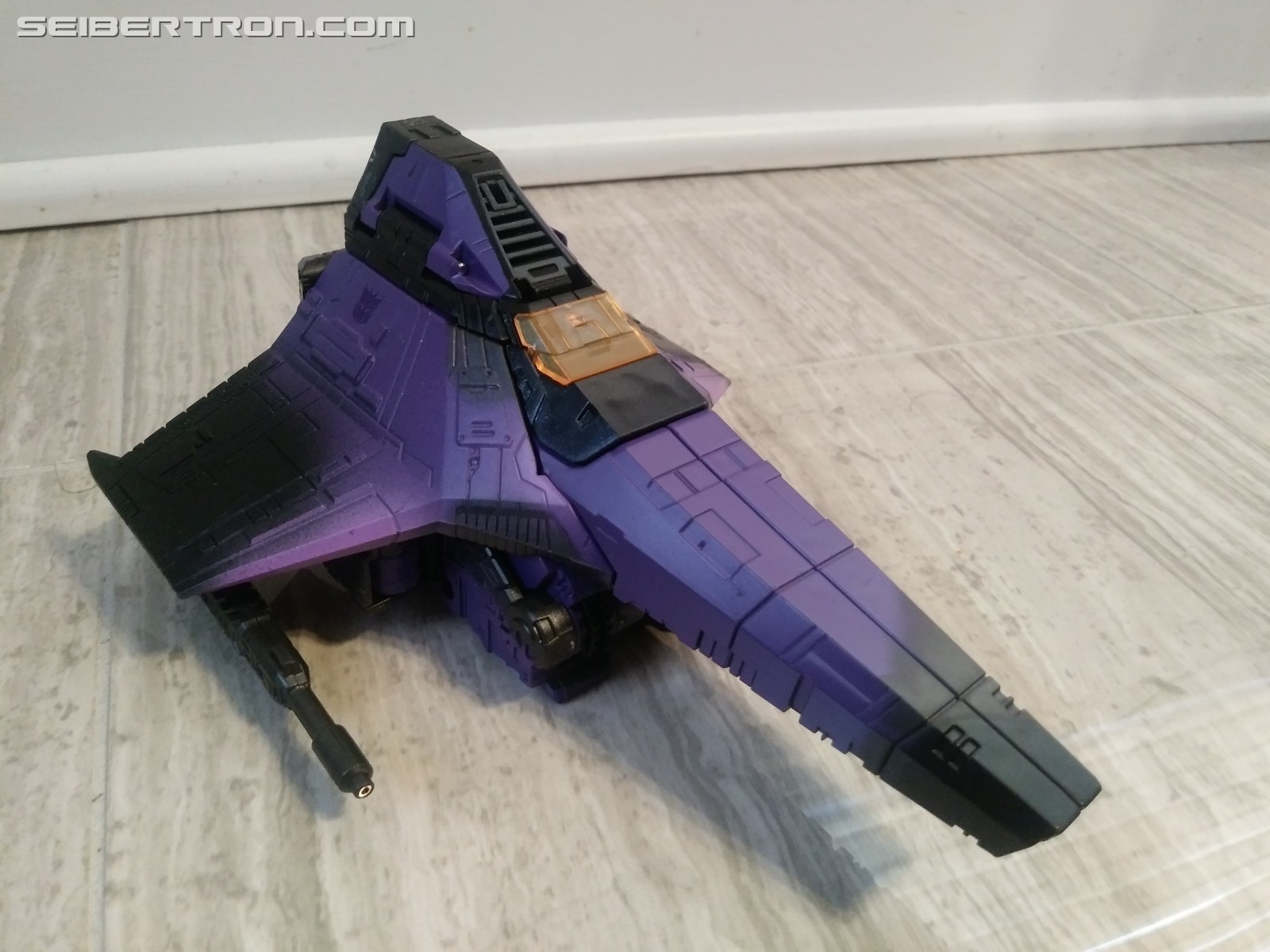 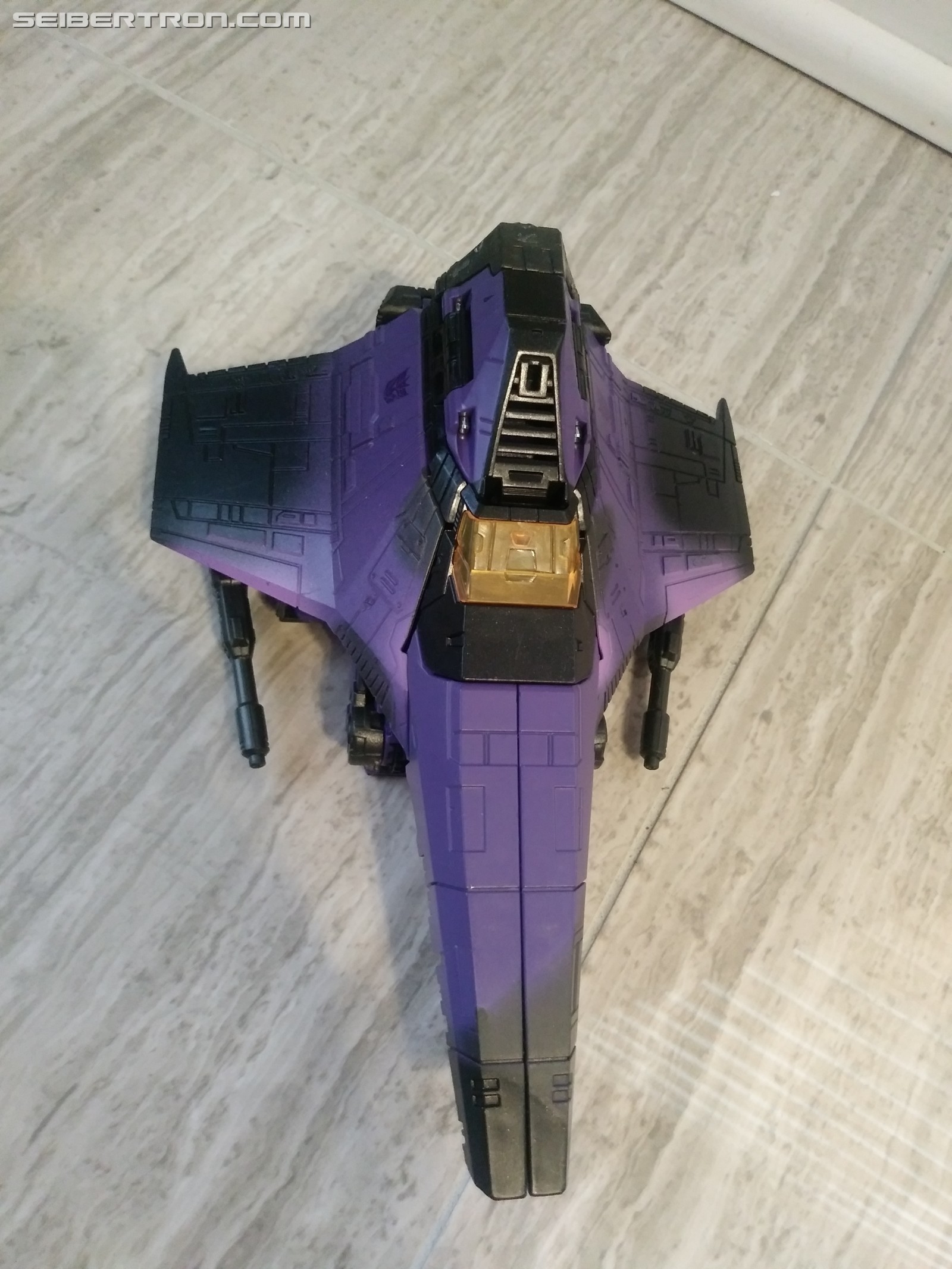 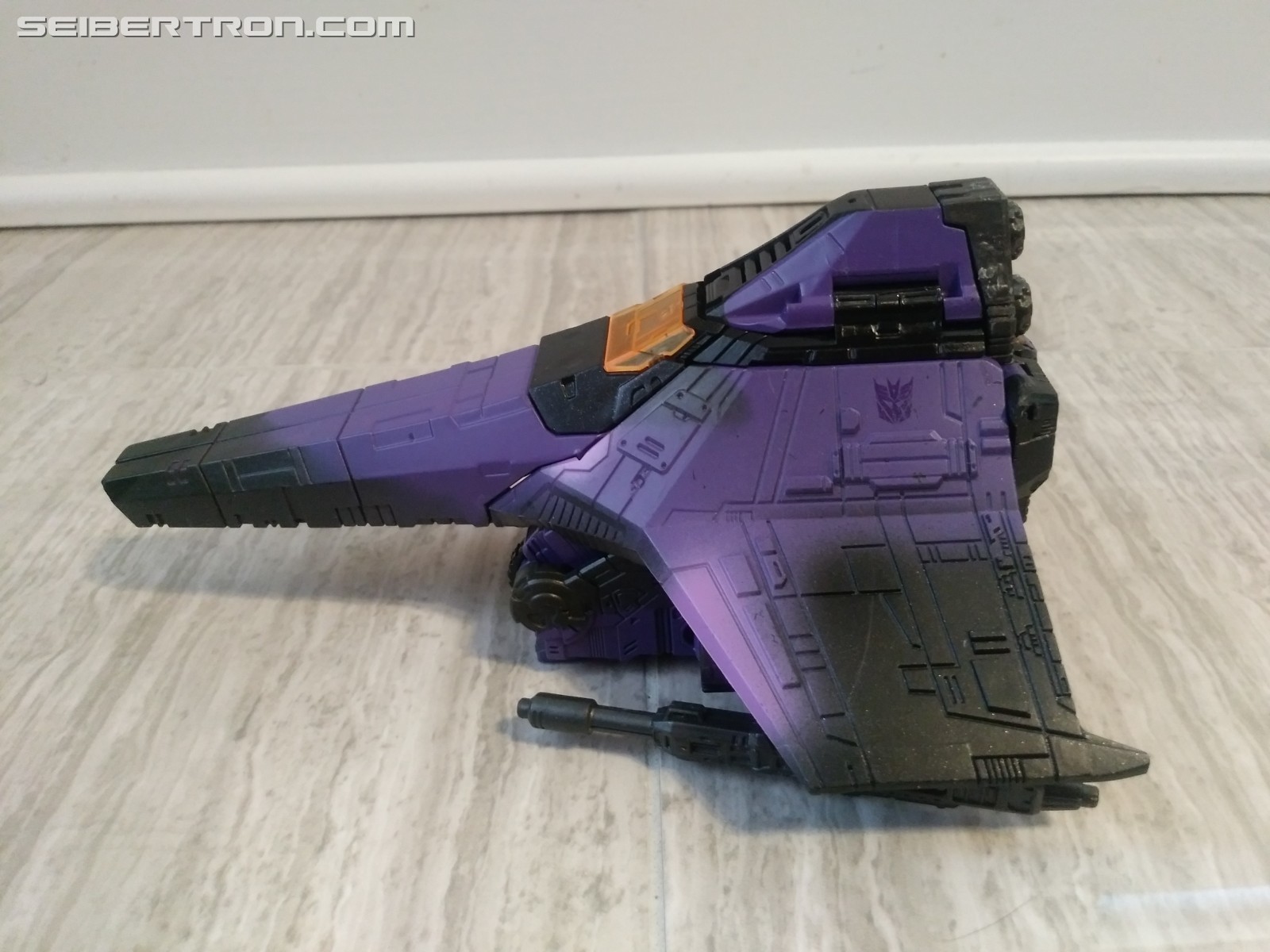 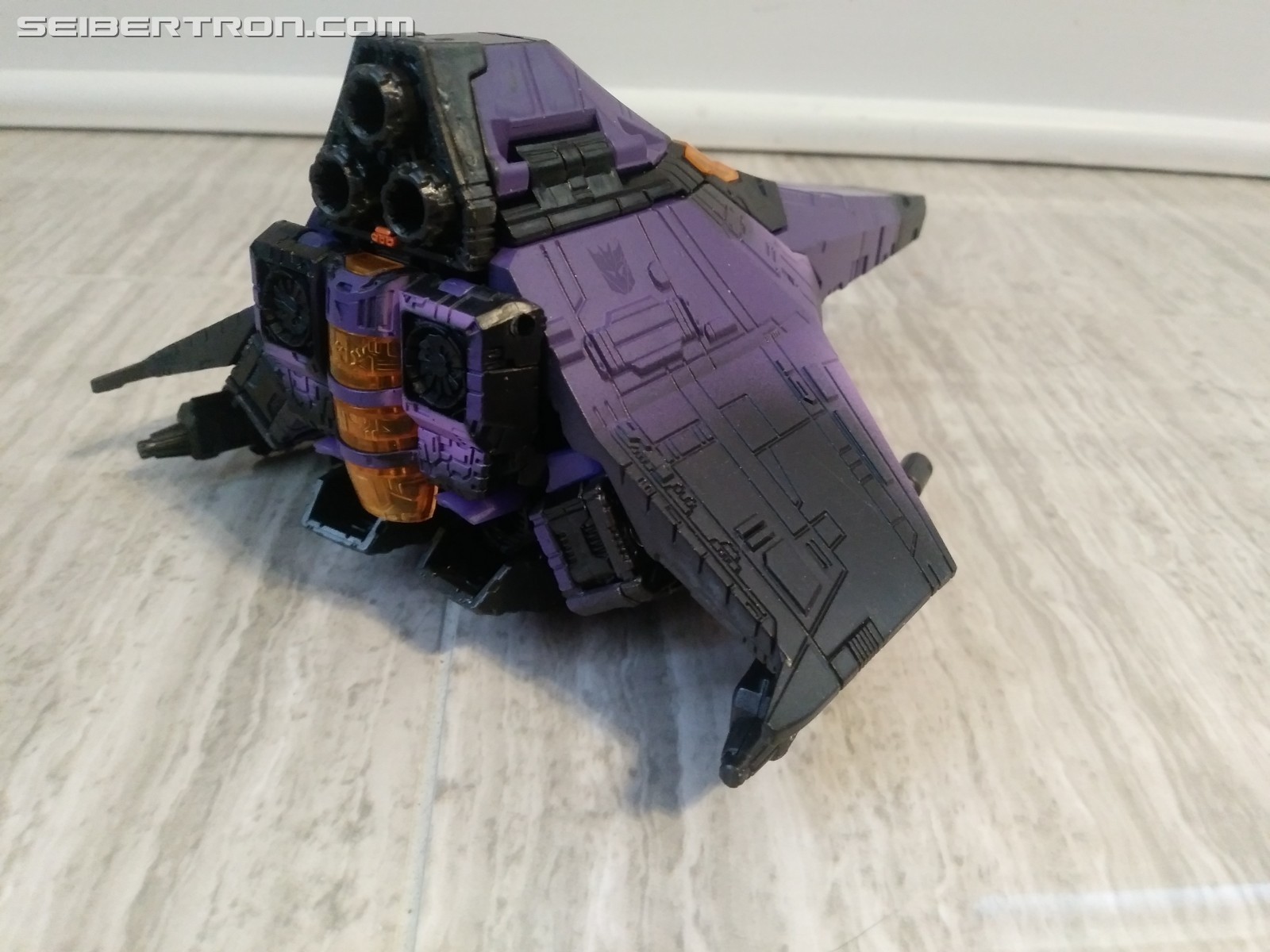 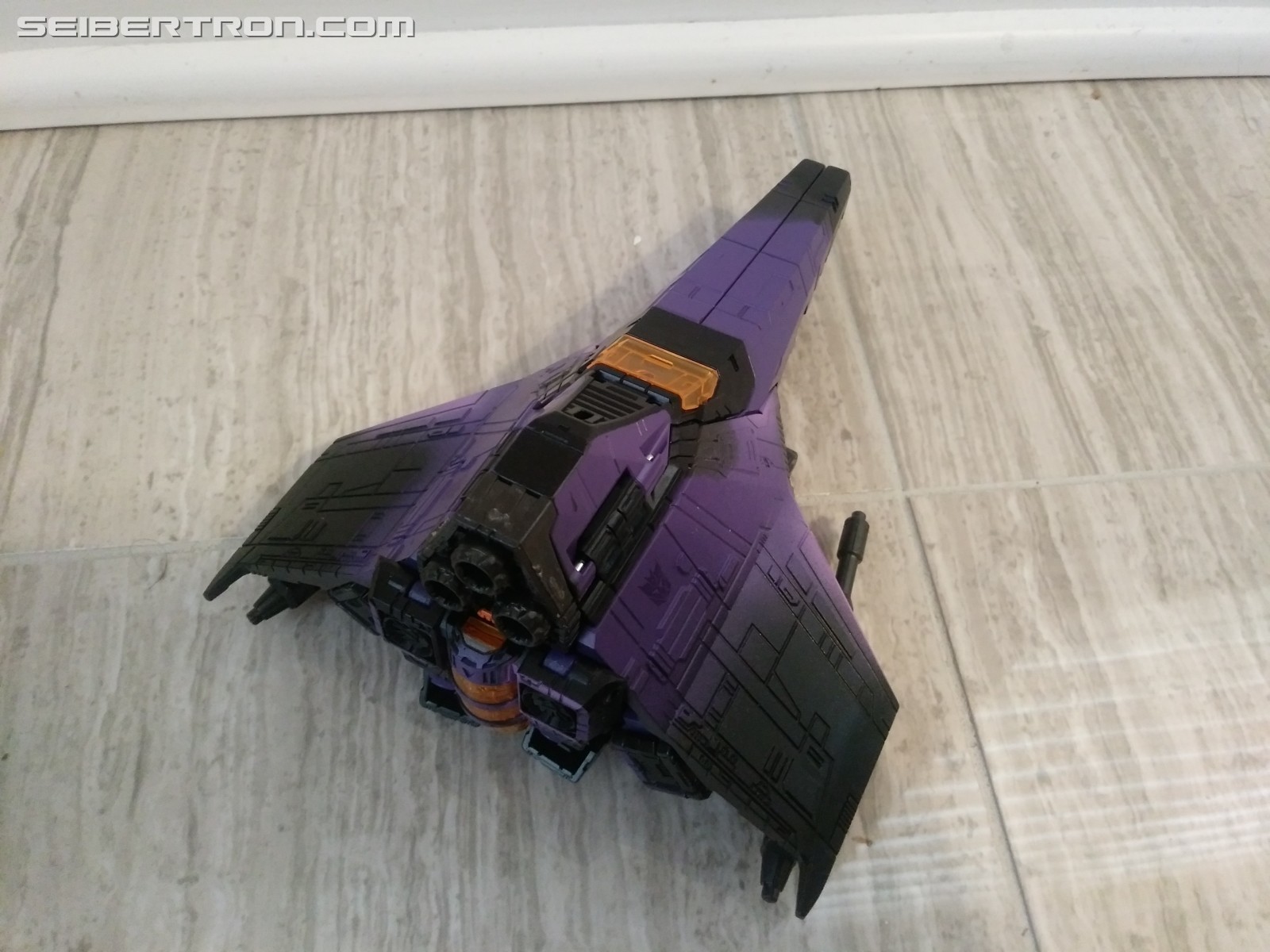 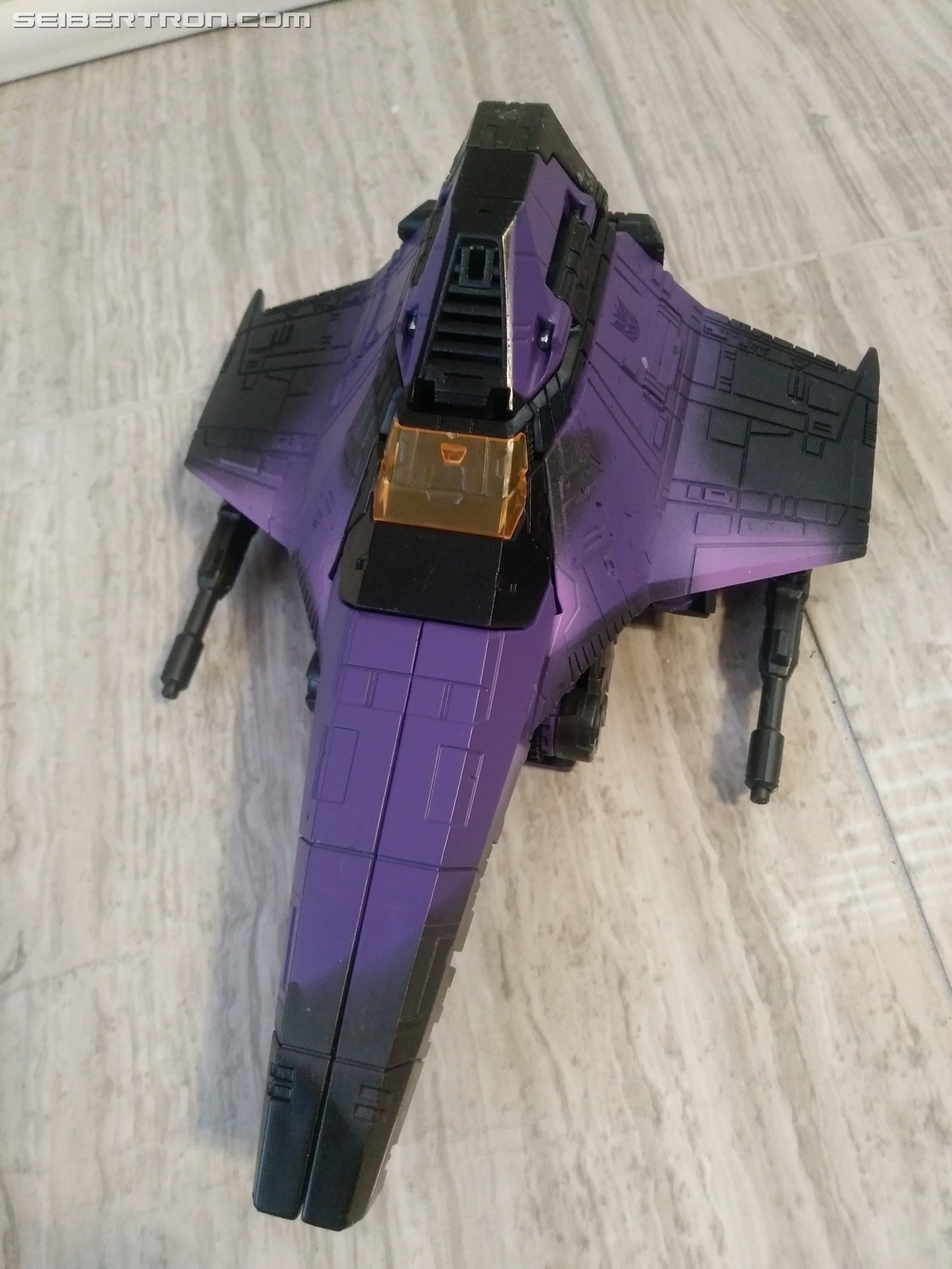 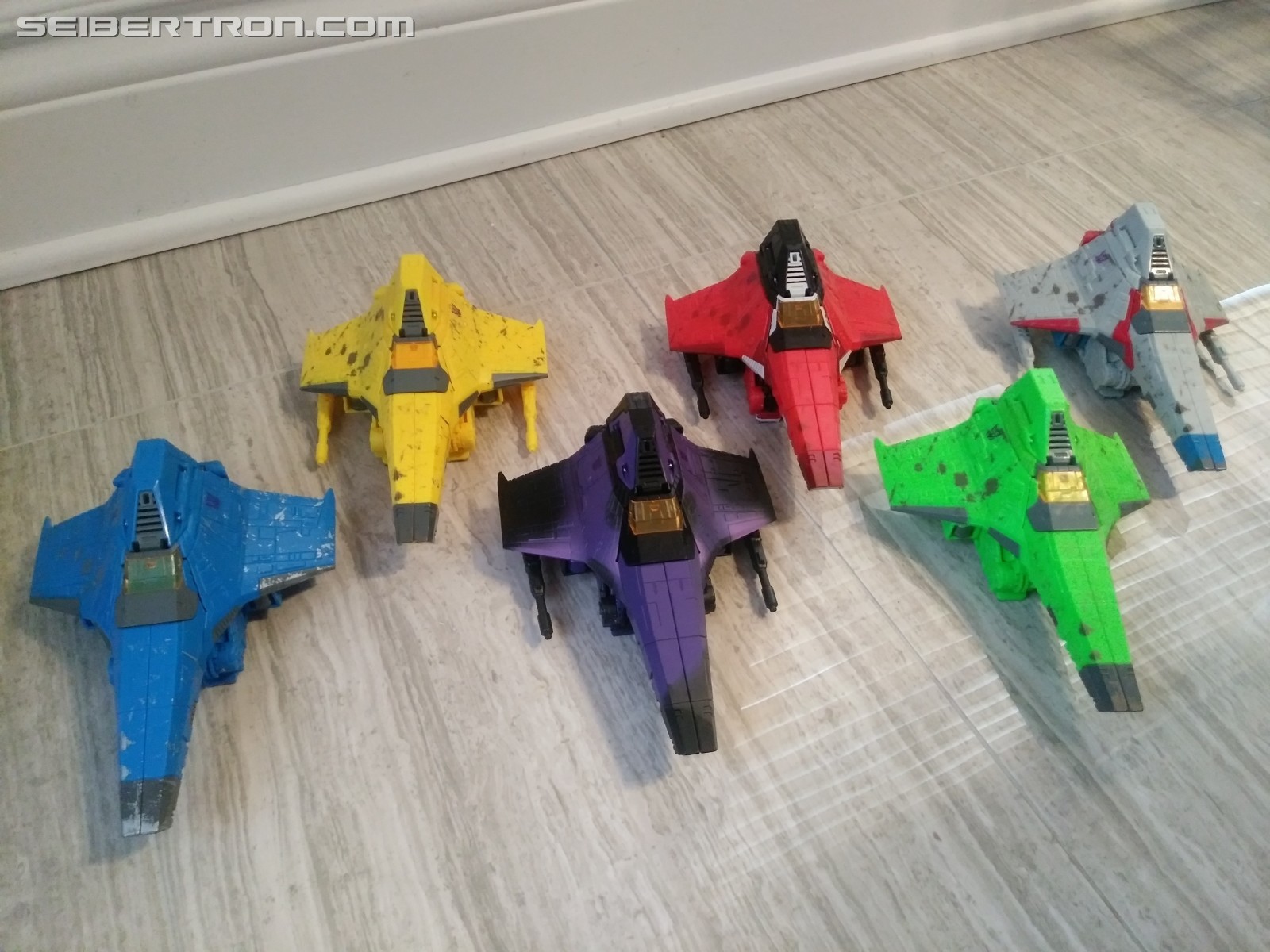 This review will be for Megatron with Battlemasters Captive Lionizer & Captive Pinpointer.

Firstly, as a multipack, I much preferred this one over Hotlink's simply due to wanting all these toys. Lionizer is the orange redeco we always wanted. It is a perfect G1 homage to the wolf bot that came with action master Rad. And while Pinpointer does feels cheap, with the barrel detaching rather easily, I do like that we are getting the targetmaster that goes with Crosshairs.

Now onto Megatron, while I still don't fully get what Hasbro is going for with the spray paint effect, I do preffer him much more than the other versions of this mold. For one, they fixed something with the ankles. I can't tell for sure what it is mechanically, since it does still look the same, but there's no longer the idea of locking and unlocking his ankles. And once unlocked, they don't feel loose. It results in a more satisfying time posing him with ankle pivot.

While the paint seemed to be the biggest difference at first glance (especially due to cameras picking up that silver in an oddly lighted room), I find the change in plastic itself to be more significant to the overall look. It is leagues better than on the original, now that I have them to compare. The "black" plastic on the original had a rust/brown tinge to it but here, it is actually black. It looks especially great on his legs since it created the perfect contrasting look to that spray painted silver on the front, which gives it a G1 toy homage. This adds to the G1 homage that was already on the original toy, with those red highlights in the joint areas and sword, and of course that silver paint and darker grey plastic all add to that theme.

This makes this particular version of Megatron truly shine (ha!) as a more specific homage compared to the original version which was more of an amalgamation. Also, he fact that the inner tank treads are unpainted on this new version makes them less obvious and easier to ignore. You instead get a more Megatron-like silhouette created through the colour contrast of the two different plastic colours.

The spray paint scheme is purposefully uneven, though I don't really know why (this is the case for all these Netflix series redecos). You end up with half his helmet painted. It actually reminds me a lot of that Friends episode where Ross gets a spray tan and through some mishap only gets the spray done on one side of his body. But as you can tell from the images, it still makes for a decent look. It actually ends up emphasizing effectiveness more so creating a cell shaded effect naturally.

The only thing I actually have against this deco is that they just could not resist putting that battle damage splatter somehere. It has been greatly reduced from the original toy, but it's all focused on his crotch. It would be nice to go one year without attention being given to Meg's crotch (for a recap: MP 36 and 36+ had octo crotch, and last year we got several shots of Beast Wars Meg's broken crotch).

On that fine note, I give you all these images, enjoy!