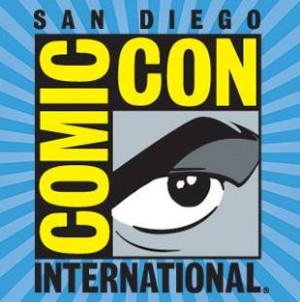 With San Diego Comic Con 2018 swiftly approaching, their official scheduling site has been uploading the various day programmes - so far for the Thursday and Friday only - and we've been collating the Transformers specific panels and events which we will be covering and attending during the weekend event later this month. Take a look below at the likes of IDW Publishing Transformers and Unicron, Bumblebee, Rescue Bots, War for Cybertron, Cyberverse and more, and let us know which ones you're most drawn to!

Also, if you'll be attending SDCC, make sure to say hi - Seibertron and Va'al will both be physically present, burdened by cameras and laptops, we'll welcome the distraction.

Comic-Con 2018: Transformers: Unicron and Beyond

The planet-eater Unicron has arrived, and nothing will be spared! IDW editor-in-chief John Barber, associate publisher David Hedgecock, editor David Mariotte, Hasbro’s director of global publishing Michael Kelly, and creators behind the blockbuster event of the summer fill you in on what’s in store for the Autobots and offer a hint at what comes next.

Be the first to hear about new Transformers toys and products that have yet to hit store shelves straight from the design and marketing teams at Hasbro. There is a lot of buzz for Bumblebee: The Movie hitting theaters in December. Roll in to get a glimpse at the Transformers products inspired by the film, including new figures in the Generations Studio Series collection. Then, get your cyber-goggles ready for a look at the first reveals from the highly anticipated upcoming Generations War for Cybertron trilogy line. Set sights on Cyberverse, the exciting new animated show is full of new characters and familiar stories. Fly in to sneak a peek at the series and several of the new toys not yet revealed. Many new Transformers initiatives from some trusted partners will be shared, as well as the induction of the 2018 Transformers Hall of Fame members.

They found Jumanji in Hawaii, Skull Island in Vietnam, Hogwarts in England, and Wakanda in South Africa. Working alongside directors and production designers, location scouts are the visual artists who bring forth every place that you see on the screen. Six location scouts will discuss the creative and logistical aspects of their jobs, relate some exciting anecdotes, and answer audience questions. Moderator Scott Trimble (Bad Times at the El Royale,The Cabin in the Woods) hosts Location Managers Guild International panelists Scott Alexander (Stephen King’sIt,Orphan Black), Duncan Jones (Aquaman,Thor: Ragnarok), Manny Padilla (The Man in the High Castle,Transformers: Age of Extinction), Golden Swenson (Face Off,The Dark Knight Rises), and Georgette Turner (Wonder Woman,Fantastic Beasts and Where to Find Them).

Paramount Pictures brings Transformers to Comic-Con Hall H for the first time with Bumblebee. Director Travis Knight will be joined by star Hailee Steinfeld and cast in a panel moderated by Entertainment Weekly’s Anthony Breznican.

Comic-Con 2018: Making a Living Off of Your Art