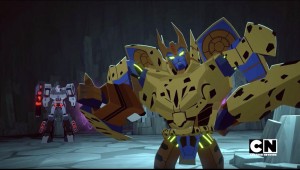 The battle heats up as the Seibertron.com Twincast / Podcast returns with another round of temporarily weekly musings on all things Transformers. This week, Cobotron, Megatronus, Rotorstorm and Scotty P catch up on Cyberverse's TV show, new toy acquisitions and some of your burning questions. Get ready for kid appeal characters, wishful thinking and a whole bundle of Repugnuses.

Episode #248 “Battle for Cybertron” is available directly and in our RSS Feed, and should appear on Apple Podcasts, Google Play, and Stitcher Radio within 24 to 48 hours of when you see this news post.

Stay tuned next week as we bring you another episode that might be more of the usual bi-weekly length.

Ari, my fiance tells me I talk too much too, and that I enjoy my own voice too much. I feel your pain.

Season 2 was pretty dang good, Seeker death cult and a brand new Titan really taking the shine to it all. And you need the Season 2 finale to truly appreciate a chunk of Season 3.

Scotty, you talk about pulling stuff from everywhere, and I think that is one of Cyberverse's greatest strength. Air Hammer and Injector finally got screentime! Repugnus becomes important!

Also, you guys are talking about Whirl and Kup, a lot of characters that have a pretty big part later in the season are casually introduced here. Pay attention to Dead End!

I think Cyberverse Wheeljack was designed to visually take reference from Animated, but have some of the Que from DotM personality. I'm pretty certain one of the writers on Twitter said DotM Que was a fairly big influence for the baseline personality along with a few others, but I cannot link to it, this was some time ago.

Claire: watch towards the end of the season, you will get your Repugnus wish! Also, the 1-step from Cyberverse is a fun little toy! Beast mode is adorbs.

The Cyberverse Soundwave might actually be my all time favorite Soundwave. He is super sweet, especially in this season. There is a reason I finally got his Warrior toy, he is a character worth investing in!

Rescuebots Academy Whirl is MTMTE Whirl's daughter! Fan theories abound, but that picture from the one episode really seems to solidify it.

I liked the Drift bit, finally a Drift that didn't actually go good, he was truly deceptive of his goals!

If you guys are annoyed by Teletraan and pronunciation, wait until you get to the Quintessons. Let's just say it is jarring, but now it is my default way to say it, it sounds better to me?

Not only does a Rack n' ruin toy exist, but it is a pretty decent toy! It is a fun toy, and a joy to have, and it works on your Wreckers and your Cyberverse shelf! I would also agree that Clobber is a smidge better, but both are still pretty dang fun.

Kup toy might not happen, but Kup has a pretty fun part to play right around the halfway point of the Season.

Cobs, Chromia is basically her T30 toy with some embellishments, complete with the same alt mode. She too will be important, towards the end of the show.

Perceptor is a shining light of Season 3, all the way through pretty much. It's honestly a shame that he is not getting a toy in any degree.

Prowl does stay dead, he gone, he, Shockwave, and Cheetor

Hammerbyte, Wild Wheel, and Meteorfire all show up later in the season, and all 3 get sort of spotlight issues, though only 1 shows up more than 1 episode.

Seekers are the mass decepticon army dudes, same with all the autobot cars dudes, who could basically be Autotroopers. Not to mention most of the named ones died in Season 2 at Starscream's hands. Skywarp and Ramjet are probably the only 2 actually named ones that are still around, and neither gets proper action.

Nice Cyberverse talk folks! Appreciated it! Also Claire, regarding a cyberverse Hound: don't get too attached to the idea of one, it won't end well

I would love to see Pretenders or micromaster transports as size classes. Pretenders make so much sense for this, a $10 legends or $6 legion figure with a sweet shell.

Still not quite sure what to make of Shockwave, the drone was cool, and I like the 4 arms, but not sure i really wanted that to make a Leader price point.

Commander Thunderwing: it make so much sense, it needs to happen eventually, maybe with a pretenders centered line.

Ooooo Armada Megatron as a Commander, that would be sweet. Has to include a minicon at this point in time.

I agree, a new Overlord really isn't needed, we got a good one!

I still want a Commander or Titan Tidal Wave.

When your question is put off a week

They had better make a God Neptune, i have expectations!

The new SS deluxes: Jet Shatter is actually a good toy. She is great compared to the car, and she herself is a really good toy by herself. She is so fun! I agree about Jeep Bee, I like it, but he deserved to be bigger. Roadbuster is good, I am happy with getting the Wreckers.

Car Dropkick next to jet Shatter? Here ya go! (and her face is far better than her car Shatter, which used an early design for her battlemask) 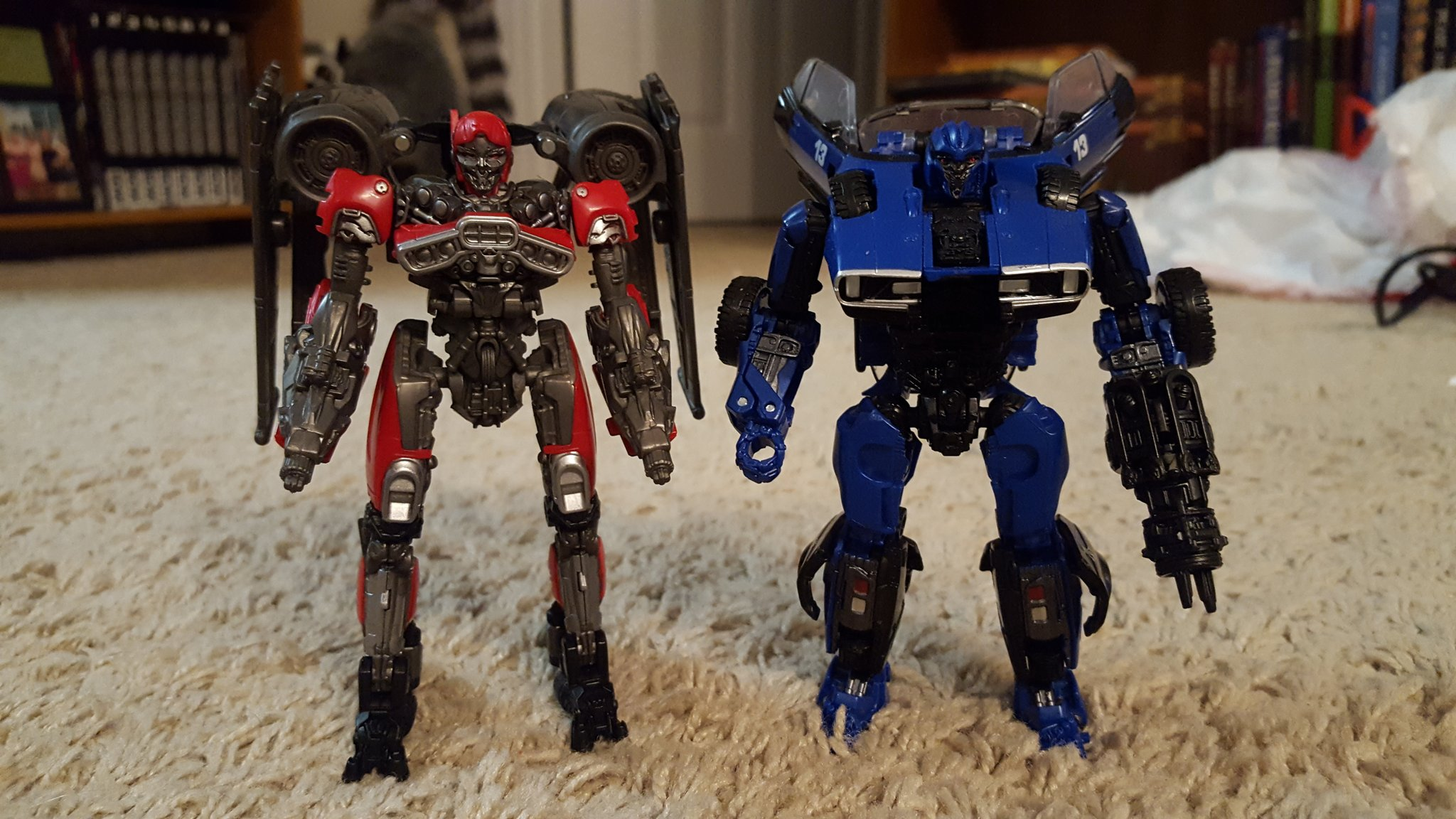 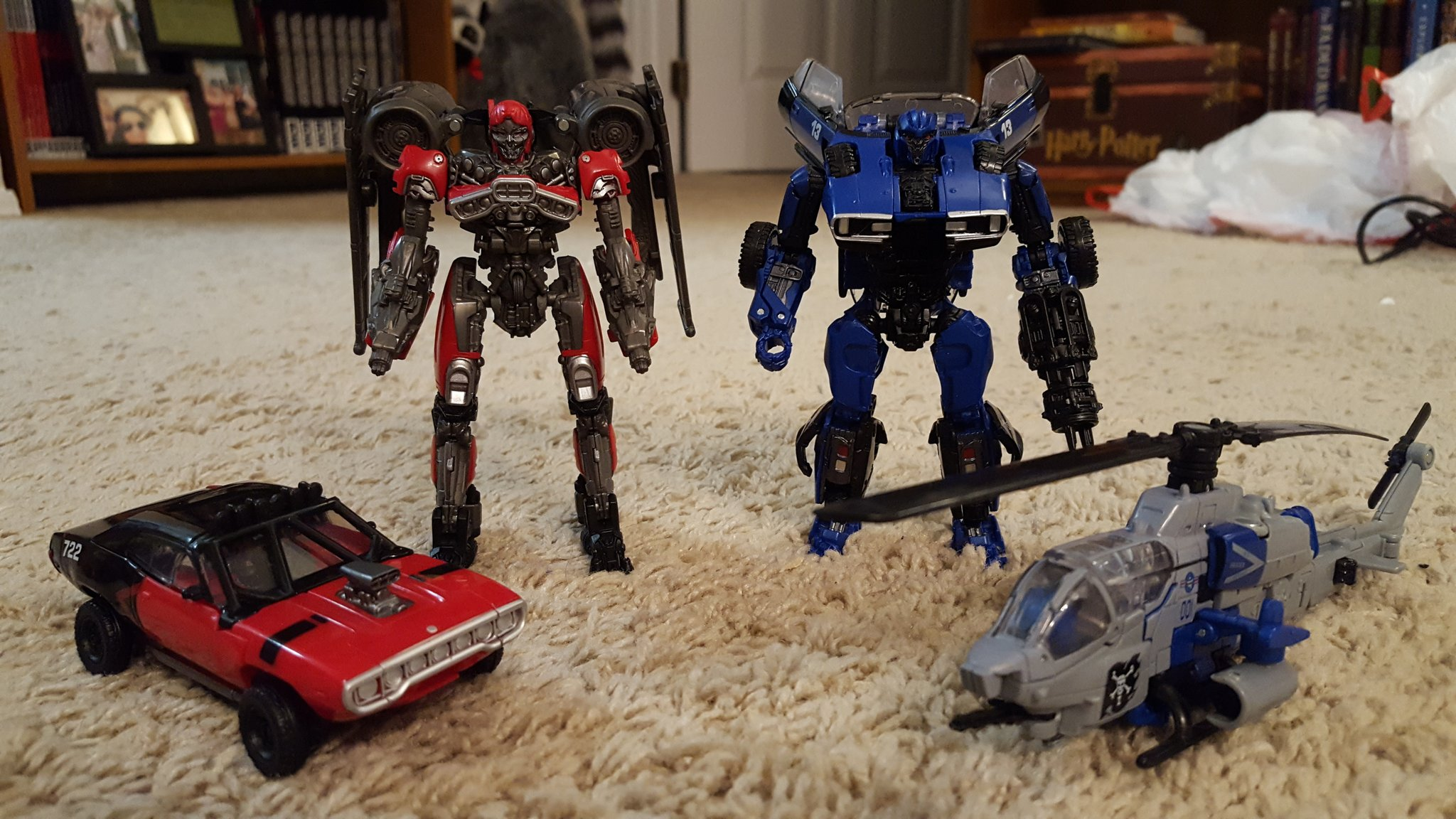 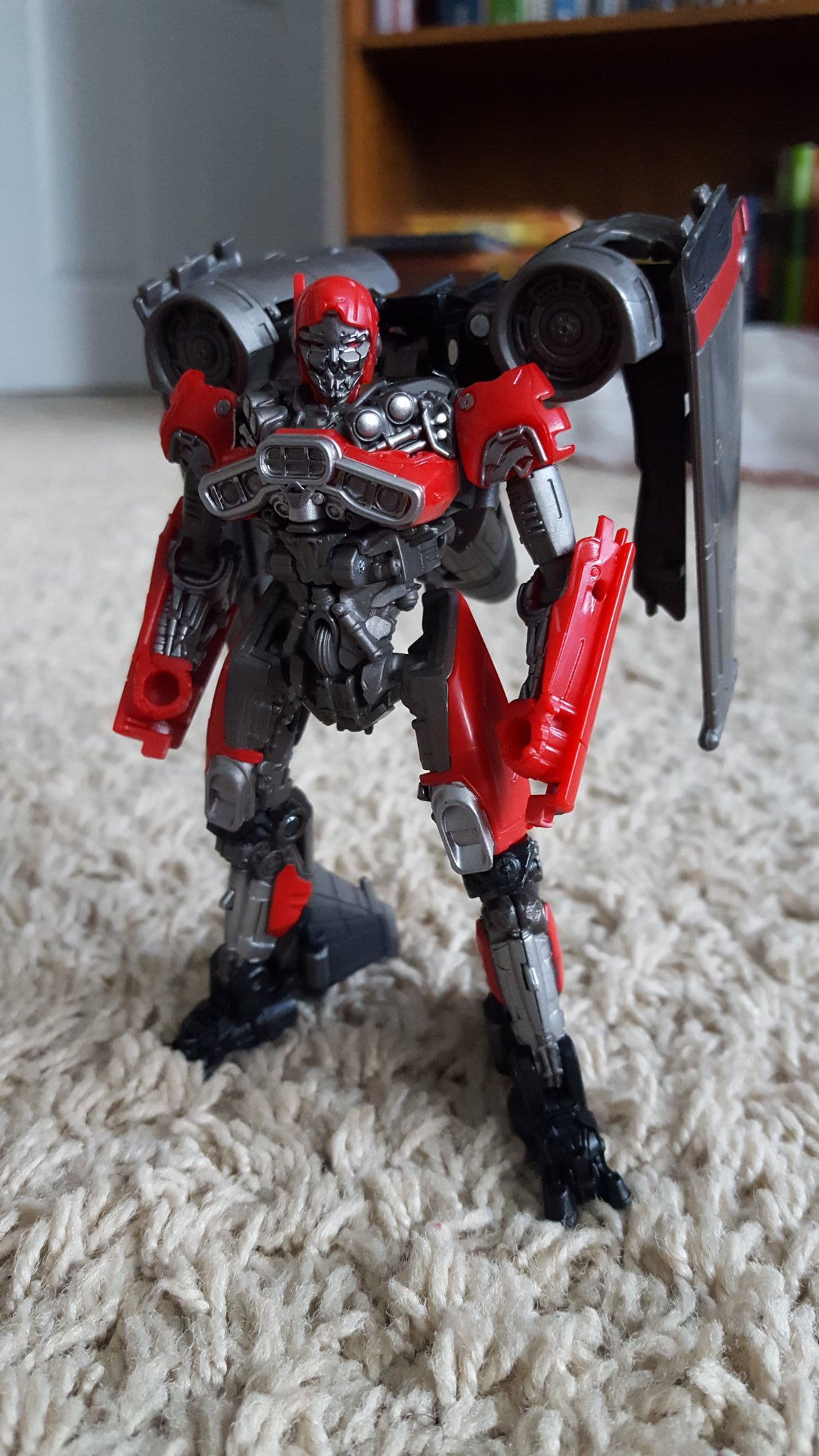 With the offroad Bee, the chest may be fake, but the real one is right behind it, so it sort of works since it ends up in the right spot, but it is modified to look more screen accurate.

Matrix Buster Big convoy! I love that giant cannon, and did the same thing you did.

Dreadrock? I got that name before you said it was a Jetfire! I'm getting the hang of this! Also just won a Cybertron Jetfire myself, he is on the way, looking forward to that mold.

Claire, I'm part of that same game group too, you won that, that's awesome! Unfortunately, I have yet to actually enter a game, nothing really tickles my fancy.

Ari, that is my answer to the question, but I want to see other interesting answers too, like Scotty's batmobile answer, or something even original!

Thanks all!
Re: Twincast / Podcast Episode #248 "Battle for Cybertron" (2062699)
Posted by Emerje on April 29th, 2020 @ 2:42am CDT
See, to me comic Whirl doesn't sound like Bender, but like either Roberto the crazy bot that always wants to stab somebody, or like Clamps the mafia robot with THE CLAMPS! which is actually kinda fitting.

Later Cyberverse season 3 episodes make we wish Hasbro made an SDCC/Pulse exclusive Soundwave box set of nothing but 20 one step Soundwaves in a bunch of different color combinations and faction symbol colors, but no standard blue. It would cost $200, but surely it would be worth it.

Emerje wrote:Later Cyberverse season 3 episodes make we wish Hasbro made an SDCC/Pulse exclusive Soundwave box set of nothing but 20 one step Soundwaves in a bunch of different color combinations and faction symbol colors, but no standard blue. It would cost $200, but surely it would be worth it.

I love this idea