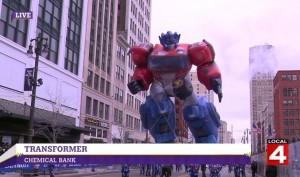 The Seibertron.com Twincast / Podcast makes its triumphant return with another weekly roundup of all things Transformers. We join Cobotron, Rotorstorm and Scotty P as they sit down to discuss Sentinels and Ironhides and Prowls, all on the perfect day for... a parade!

Episode #250 “Parade Day” is available directly and in our RSS Feed, and should appear on Apple Podcasts, Google Play, and Stitcher Radio within 24 to 48 hours of when you see this news post.


We hope you've enjoyed our temporary weekly format, stay tuned in a couple weeks as we return to your regularly scheduled bi-weekly format.


| Love us? Hate us? Extra Super Love us? Drop us a review on Apple Podcasts or on your favorite podcatcher. |
| Want to keep the discussion going? You can do so by simply replying to this post! |
| Got a question for the Twincast? Ask the Twincast. |

rule #1 of Cyberverse: DO NOT SKIP AHEAD!!! You will get lost if you miss it, it is highly serial in Season 3 for a majority of it.

That Ironhide/Prowl pack triggered a "nope" reaction for me. It's slowly killing Earthrise for me, I find myself wanting less and less as we go.

I gave up tracking coneheads, We know they are coming, but how I no longer really care. I'm actually hoping Thrust is a Target Redcard exclusive, just for fun.

Cobs, SS VW Bee is one of the weakest of the line, and the transformation and alt mode are definitely some very weak points of the figure.

I really like Sentinel, he is a really solid figure, the detailing is intricate, the paint work is pretty nice, the face sculpt is so good! He is a great figure, he has a few weak points, but overall the good far outweighs the bad.

Sentinel was bigger than Optimus by a bit, but I agree the current SS Optimus needs to be maybe 5% larger.

I'm still waiting on Scrapper. He just got delayed. again.

G1 Doubledealer is a great G1 toy, probably the best G1 toy I own. all of the Powermasters are fantastic dudes.

Some of those mid-RiD2015 figures were truly hard to get. I felt so blessed when I found Springload (the frog into pickup truck guy!), same with Groundbuster (gorilla dude), Crazybolt too! That is a figure i never found, not sure I want to now, but that was a figure impossible to find.

Nice Cyberverse Hot Rod Scotty! I'm still trying to find Whirl, and i'll probably try to wait out Hot Rod and Grimlock as in-store purchases. Same with Arcee. Probably not thunderhowl so I can complete Maccadam.

Scotty/Cobs: Thunderhowl is a wolf, and he has a nice spotlight episode, and then serves as a background for the rest of the show.

Mr.MicroMaster wrote:I'm graduating High School in a couple weeks and I think I have been listing to a you guys since the 7th grade or in Transformers toyline time since Combiner Wars. I haven't caught every episode but I always enjoy it when I do.

TulioDude wrote:That Megatron image you guys used for the banner is pretty cool.Where it is from?

Look up Universal Studios Japan's night parade, some very cool imagery. I grabbed a cgi photo from their site since front page needs to look pretty, but there are actual pictures folks have taken online and it still looks like a really cool experience.
Re: Twincast / Podcast Episode #250 "Parade Day" (2065199)
Posted by Nickster563 on May 23rd, 2020 @ 2:56am CDT
That was really interesting hearing you guys talk about high school collectors. I'm currently in 11th grade and have been collecting transformers since titans return but did get a few combiner wars figs as well. Sadly where i am it's not really normal to still be collecting toys so most of my interactions with other fans of the same age group is through social media or message boards like this one. I think you're right that collecting is becoming more normal to be open about for many places and maybe my area will start to see that shift in the future.