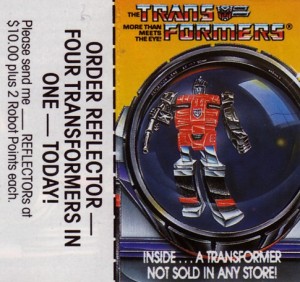 Prepare to own the Twincast Podcast, only you won't, but maybe we'll send you a dirty napkin scribbled with a note that says you do if you listen in! Host Scotty P and Megatronus tag team not just unpopular recent news about Hasbro's pursuit of NFTs, but also look at SG Megatron before taking a mailbag full of your excellent listener questions the rest of the way.

Episode #275 “Non-Fungible Mailbag” is available directly and in our RSS Feed, and should appear on Apple Podcasts, Stitcher Radio and many other Podcatcher sites within 24 to 48 hours of when you see this news post.

The answers presented in the episode are great, and I pretty much completely agree with all of them. On the topic of Rainmaker colors, there's a custom Earthrise Ion Storm by Grimlockimus that incorporates black into his color scheme, which I quite liked.
Linkin Park Soundwave is always worth bringing up due to how bafflingly untasteful that deco is.

It seems Megatronus might've misinterpreted my thoughts on Wheeljack. Not a problem, but I thought I'd clarify here. It's not that his colors scream "Alitalia"; it's that cars generally don't have two contrasting accent colors unless they're sponsored (the same goes for most other types of vehicle, as far as I can think of). Thus, his colors have this sort of vestigial contrast.
On top of that, they're not terribly interesting or unique, either. There are already so many white and/or red Autobots. Wheeljack can be the white and green one! We don't have many of those.
In the end, it all comes down to the thought that Wheeljack, a character I really like, has a color scheme that I don't, and there isn't even much reason (the way I see it) for keeping it that way.

On Strafe: I see what you mean about the TFWiki image doing some weird things with the colors. While they look better in this site's galleries, I still think they're pretty bad. I guess I just don't like red and green together

I'm glad you made a change to the question as that's what I intended (not quite sure why I said WFC).

I think there are two types of collector - one who collects whatever they want from each line and the other who tries to select the best version of each character. I think Drift and Skids are a good shout, I really like Siege Hound though!

I actually still use the Classics/Botcon coneheads in my collection, I like the idea of them being the same size as the Decepticon Targetmasters from Titan's Return, as well as them having a special significance because they convinced me to start collecting modern figures in the first place. (I also avoided the crap of trying to get hold of the Earthrise figures.)