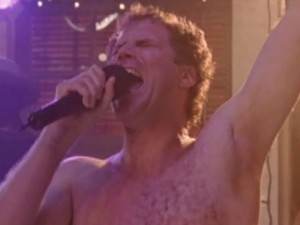 Join the Twincast crew as they embark on Episode 79! This episode’s party crew consists of Counterpunch, ScottyP, Seibertron, Rotorstorm, and Tigertrack. While this episode has nothing to do with Old School, it does feature a discussion about Masterpiece Streak and even has the return of Listener Questions!

Episode 79 "Streakin'" is available directly and in our RSS Feed and should appear on iTunes within 24 to 48 hours of this news post.

FUNCTION: Gunner
Masterpiece Bluestreak is in many collectors’ hands at this time, and he looks fiiiiiinnnneeee. New MP galleries on the site get discussed, too. 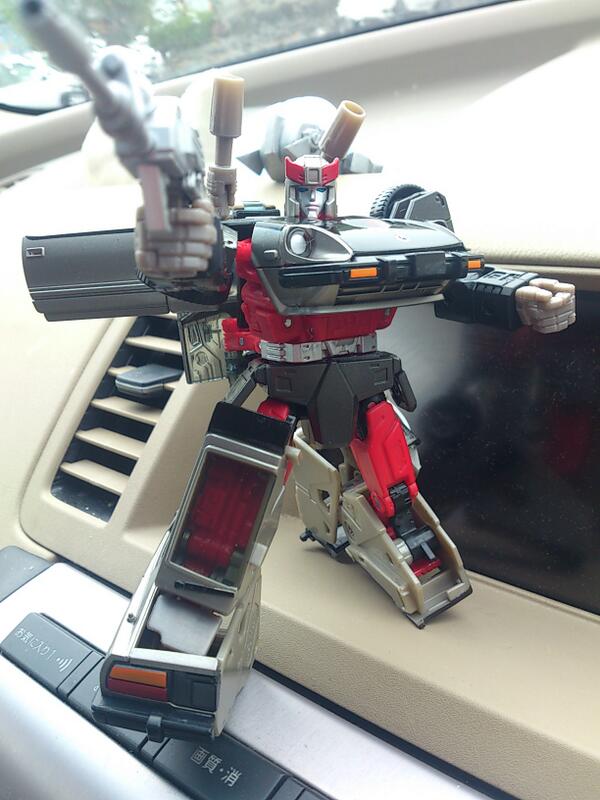 And of course, galleries lead to more galleries...we look at Magnificus, a very worthy repaint of a pretty good figure. And it’s black. 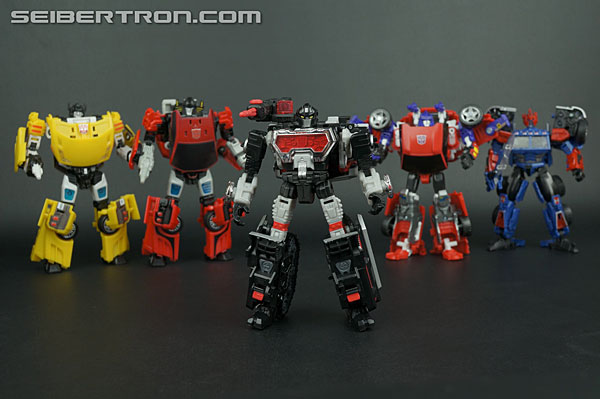 My class picture...I looked so young there.

Guess what?!? More micron arms exclusives are on the way from TakaraTomy. Whoa! Pretty colors.

TOPIC du JOUR
What happens when a brand gets so popular it has major motion pictures, many comic book titles, cartoons, and not one, but two toy companies that produce toys in the name of it? Why, we have a bit of a topic of discussion with the podcast crew as we try to figure out just what a Transformer is these days. Something for everyone? Or no seeming direction to the brand?


We take a few moments to discuss the fine work of Guido Guidi and Simon Furman as IDW’s TRANSFORMERS REGENERATION reaches issue #95... and its stride.

Not to be outdone, we talk about IDW’s TRANFORMERS MORE THAN MEETS THE EYE #22 which finally answers the question, “So what the hell does Rung transform into?” Just when you’d had your fill of Transformer big names showing up and being all high and mighty, another shows up and does the same...

Oh and there’s a little Transformers comics event coming soon, DARK CYBERTRON #1 is coming soon, and we give a quick breakdown of some preview pages courtesy of iTunes. 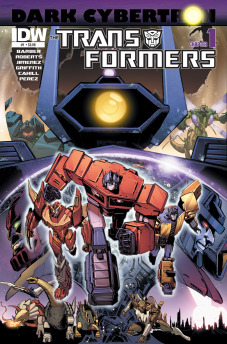 Hey, the Twincast would be nothing without our community of listeners, and we answer some questions from the listener mailbag that ask about displays, mixing your lines, waffles, and outrageous ideas for the upcoming Whirl toy's repaint/retool. Thanks for the questions!

Ryan turns a blind eye to our next discussion about third party toys, and what is the future of the toys, the companies, and the popularity. Anybody been priced out yet?

Speaking of third party toys we finally get into bragging rights where more unofficial product gets mention.

Thanks for listening to the Twincast podcast. We love doing this for all you who give it a listen.

FYI ... you guys can use the direct download link in the news stories for the podcasts as well in case the RSS feed isn't working properly.
Re: Twincast / Podcast Episode #79 "Streakin'" (1529555)
Posted by Lord Onixprime on November 13th, 2013 @ 11:45am CST
On the topic of the current market, there is definitely a loss of focus. It does seem the Construct Bots are the push, and if I was 12 years younger, I think I'd have been all over them but they don't do anything for me now. I see the appeal, but not for setting them up on my shelves.

Generations seems to have the second largest section, which is the one I'm focusing on, especially with the upcoming Waspinator and Rhinox.
Re: Twincast / Podcast Episode #79 "Streakin'" (1529566)
Posted by Sabrblade on November 13th, 2013 @ 1:14pm CST
Noticed in the podcast you guys were struggling to find a term to refer to the non-Beast Hunters redecoed, original mold combiners from Go!

The following term can make your lives a lot easier: "Swordbots".

Wish we had anything to share, but nothing on the horizon for Sunstreaker right now.
Re: Twincast / Podcast Episode #79 "Streakin'" (1529778)
Posted by Kibble on November 14th, 2013 @ 4:26pm CST
I didn't get to find out if CHUG'ers display their Classics figs that aren't accounted for within the "CHUG" acronym on the same shelf. I am disappoint...although I don't think there are any "CHUG'ers" on the podcast so I'll forgive you. But not for skipping my more important questions!
Re: Twincast / Podcast Episode #79 "Streakin'" (1530168)
Posted by negifan on November 16th, 2013 @ 2:53pm CST
Wow guys,

forgot that I even asked that,

thanks for all the advice, and there is no such thing as a stupid answer, it gives other collectors new insight, or helps them find what they are looking for.

( bad photo included for reference)
Re: Twincast / Podcast Episode #79 "Streakin'" (1532064)
Posted by Sodan-1 on November 27th, 2013 @ 4:52pm CST
I'm sorry that of all the things that were talked about on the show I'm asking about this, but what's this business Seibertron mentioned about 3rd party puppet masters?

Everyone seemed to be on the same page but this was the first I'd heard of it, and I love a good conspiracy.

Sodan-1 wrote:I'm sorry that of all the things that were talked about on the show I'm asking about this, but what's this business Seibertron mentioned about 3rd party puppet masters?

Everyone seemed to be on the same page but this was the first I'd heard of it, and I love a good conspiracy.

Any insight would be much appreciated.

Yeah, I was wondering the same myself.

I've often theorized that possibly someone from Has/Tak might actually be behind some of these for the reason they stated (child safety laws) in addition to the fact that most third party figures are just too darned expensive to produce to bring to market for a reasonable cost (the combiners for example), particularly since mostly only collectors (with money) would be able to buy them, so perhaps they do these low production runs to make some cash off of them, selling them for the necessarily inflated prices (to actually turn enough profit to make all the R&D work worth it) and get as much $ as they can out of these small production runs. I don't really believe this of course, but it was an idea I've kicked around in my head more than once.

As for all/most of the 3rd party companies being connected in some way, either by using/sharing common engineers or even being headed up/controlled/(financed maybe?) by the same people/individual, that wouldn't be much of a shock, but I would be curious as to who that might be. I think FP and TFC Toys have been around the longest, along with Beezleboss if I'm not mistaken, so if such an individual/group is in control, it's probably from one of those camps (or they're all the same camp under different names or something).
Click here to view additional comments about this topic at the Energon Pub Forums ...