Winner announced for the Seibertron.com / Geek To Me "Transformers: Headmasters DVD Set" Sweepstakes 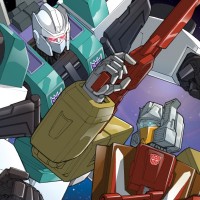 After several delays in picking a winner for last month's Seibertron.com/Geek To Me "Transformers Headmasters DVD Set" Sweepstakes (thanks to Comic-Con, a flood, and other craziness the end of July spawned), we have finally chosen a winner for this contest. Without further ado, we chose fellow Seibertronian Daddycon who shared the following favorite memory from his childhood which involved Transformers:

Daddycon wrote:My favorite memory would have to be the large Transformer battles my father and I had during the early days of Generation 1 (these replaced the Star Wars battles we used to have before Transformers came out). Most Saturday mornings would involve a big Autobot / Decepticon smackdown with one of us eventually pulling out my large Shogun Warrior (Getter Dragon) to wipe out the other side. This scenario now plays out between me and my 5-year-old son (and my wife) who has inherrited my G1 / G2 collections (along with various pieces from Beast Wars through Animated and the Bayverse). My father still joins both of us extending the fun across three generations. I get to relive my childhood, my father gets to be a kid again, and we pass the fun along to my son. Robots are cool in and of themselves, but the family bonding they have created in my family has been priceless.

This contest was merely about striking a chord with us. To me, Daddycon's memory is the epitome of what a hobby like this should be about. As a father of a 2 year old, I can tell you that there is a simple amazement that happens when you watch your child play with a Transformers toy and discover the joy of turning it back and forth between a robot and a car (thank you Hasbro for Playskool's Rescue Bots Bumblebee). Daddycon's memory also hit home with me because I remember the big battles my Grandma Betty and I used to have when I was a little kid. I would spend hours and hours setting up the battle landscape with Autobots on her side (she thought Optimus Prime was a "beautiful red truck" and liked Blurr because her initials were BLR) and Decepticons on mine. She somehow always "won".

Anyways, Daddycon's memory represents what should be one of the most cherished parts of this hobby as it is shared from generation to generation, something that is truly remarkable of a toy line that started out 27 years ago. Thank you for sharing your memory with us, Daddycon, and thank you to all Seibertron.com members who shared their Transformers related childhood memories with us last month.

Daddycon will be receiving a copy of Shout Factory's Transformers Headmasters DVD set, courtesy of our friends at Chicago RedEye's Geek To Me. Congrats again Daddycon! 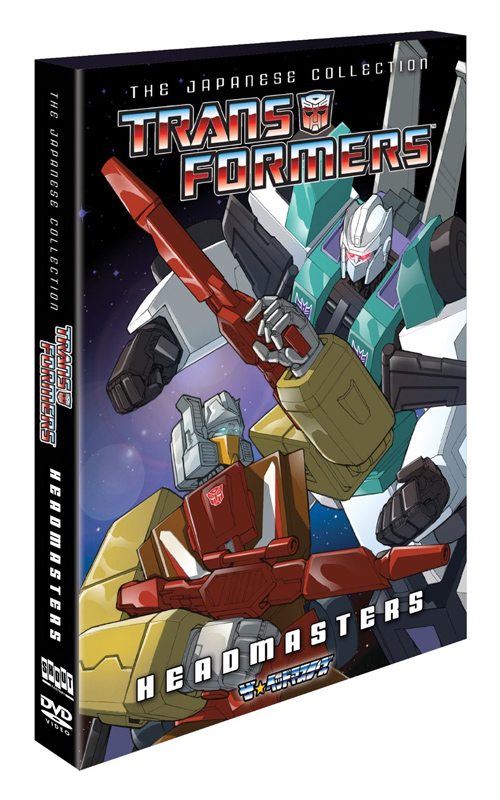 Those memories of family bonding should be more common in families these days. Very awesome.
Re: Winner announced for the Seibertron.com / Geek To Me "Transformers: Headmasters DVD Set" Sweepstakes (1278606)
Posted by Daddycon on August 19th, 2011 @ 8:07am CDT
Wow. I was so busy yesterday I totally missed this. I am so thrilled to have won the contest and I am touched that my story reached so many of you. It is great when a common bond runs between generations of family members and I feel that same bond with the members on this board. While I may not have been part of the forums as long as many of you, I have been a fan since the first days of G1, and I truly appreciate the common bond we all share here and the brilliant resource that Seibertron has been for me.