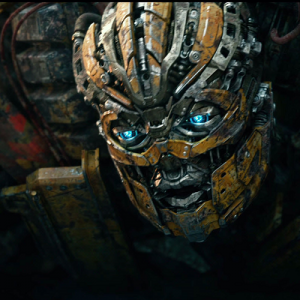 Are you ready for Transformers 5: The Last Knight? The Seibertron.com Twincast / Podcast is, and we bring you a special episode featuring 90 minutes dissecting the first trailer which premiered last week during Monday Night Football. If that wasn't enough, Seibertron then interviews one of the creators of the upcoming Transformers: Forged to Fight mobile game from Kabam!

Episode #161 "The Last Knight Forged" is available directly and in our RSS Feed and should appear on iTunes, and Stitcher Radio within 24 to 48 hours of when you see this news post.

While you listen, you can follow along in our extensive image gallery of screen captures from the trailer, including super high definition resolution. We start the show off at the start, taking a look at some of the early scenes from the trailer. Do these foretell a different tone for this particular movie? Plus: the importance of music. And Anthony Hopkins, too. 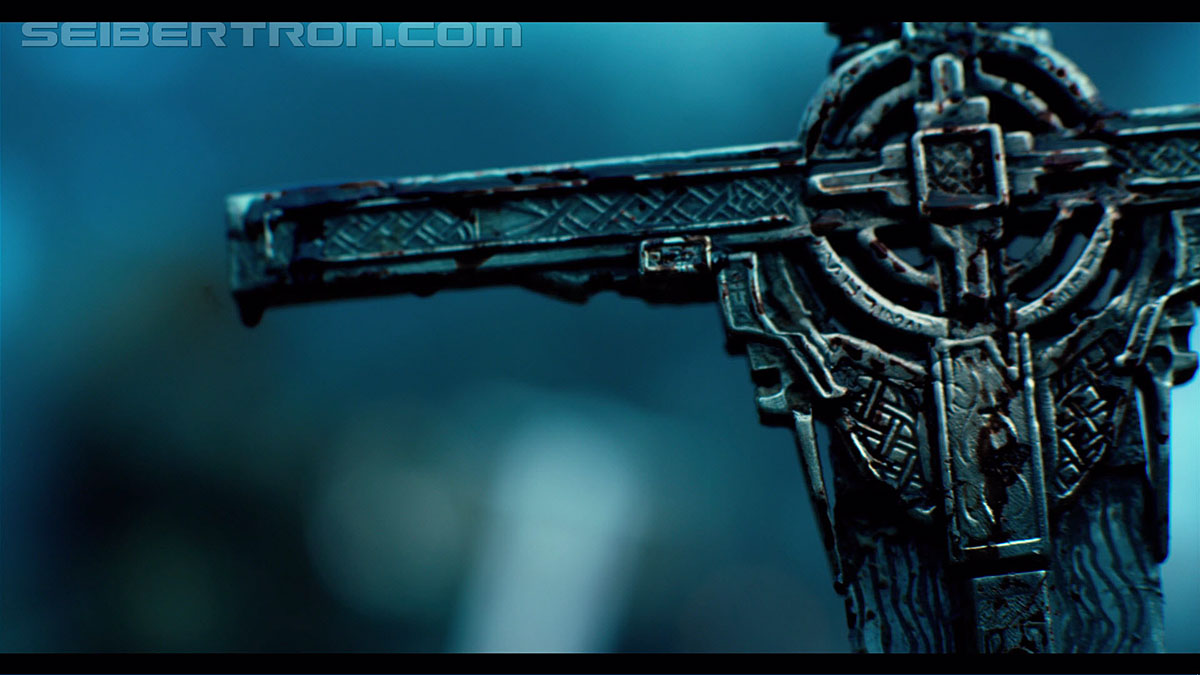 Things progress quite slowly in our discussion, but hey, you're here for trailer dissection, not trailer tweets or trailer drive-bys, right? Right. We move on to some of the wartime imagery, and speculate on the inclusion of imagery that is downright offensive to some. What deeper meaning might we be able to find here, amidst (possibly unpopular) jokes from the host? 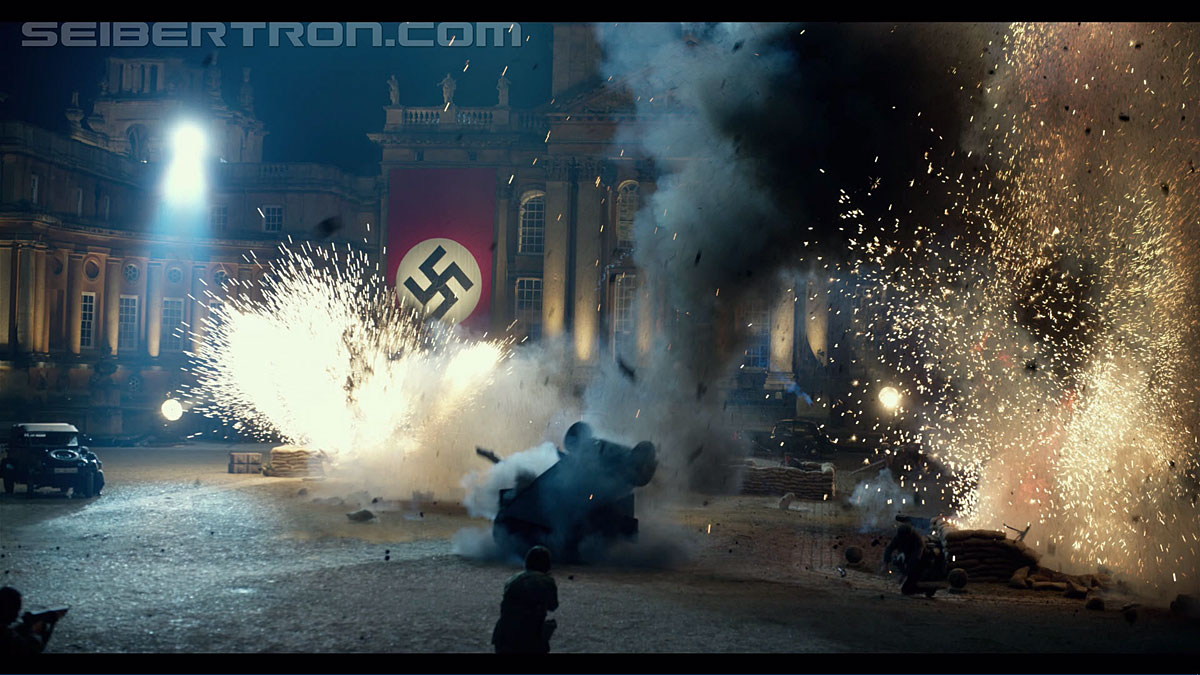 We know whose house it really is - COBRAAAAA!

We look at several other settings, including the husk of the Pontiac Silverdome. The Transformers movies have always had their Bayhem spread to real life locations, and this one looks to deliver on that again in spades. Also: what on Earth does Armada have to do with all of this? 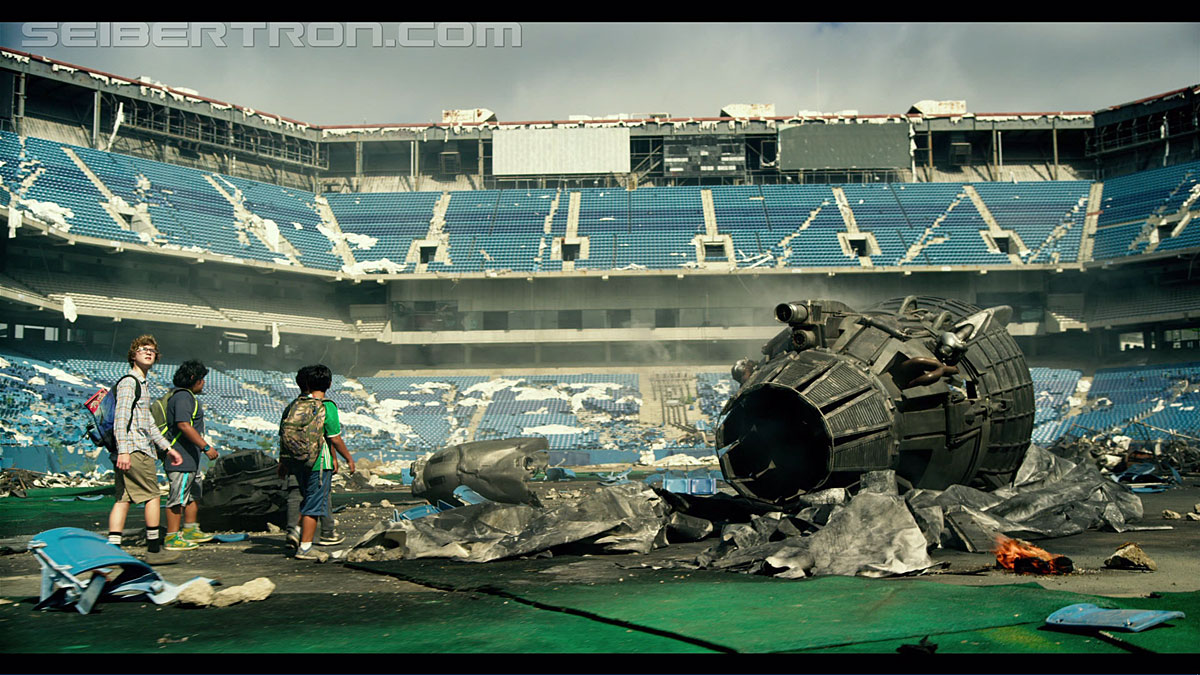 It was then that Rad, Fred, and Billy knew the Lions' playoff hopes were dashed.

Of course, it wouldn't be a speculative podcast featuring yours truly without my tired old standby of a conspiracy theory some mention of the possibility of The Chaos Bringer. We even take the conversation around to a little bit of IDW by way of this excellent post from Skidblast's Tumblr page. 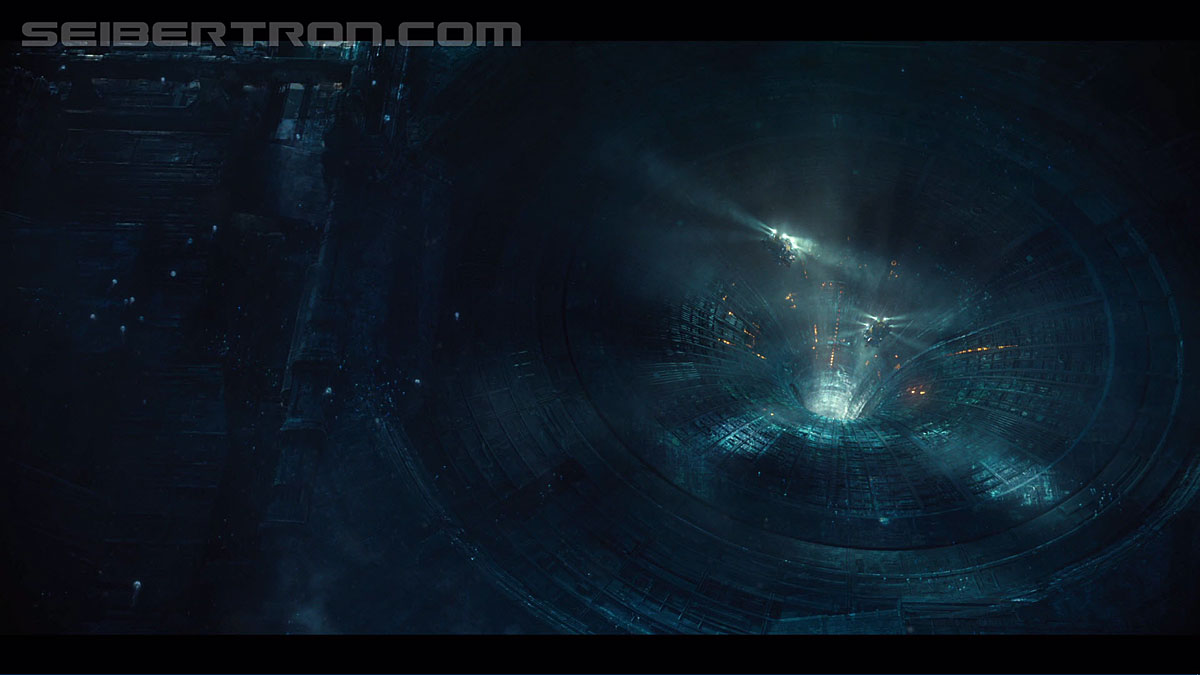 But is that how those really work?

The robots get their due course in the discussion, with us wondering who some of the Transformers characters seen in the trailer might be. The humans come around as well, with the dreamy locks of Cade Yeager and Mouseketeer Isabella ready to meet up with returning characters like Lennox and Epps. 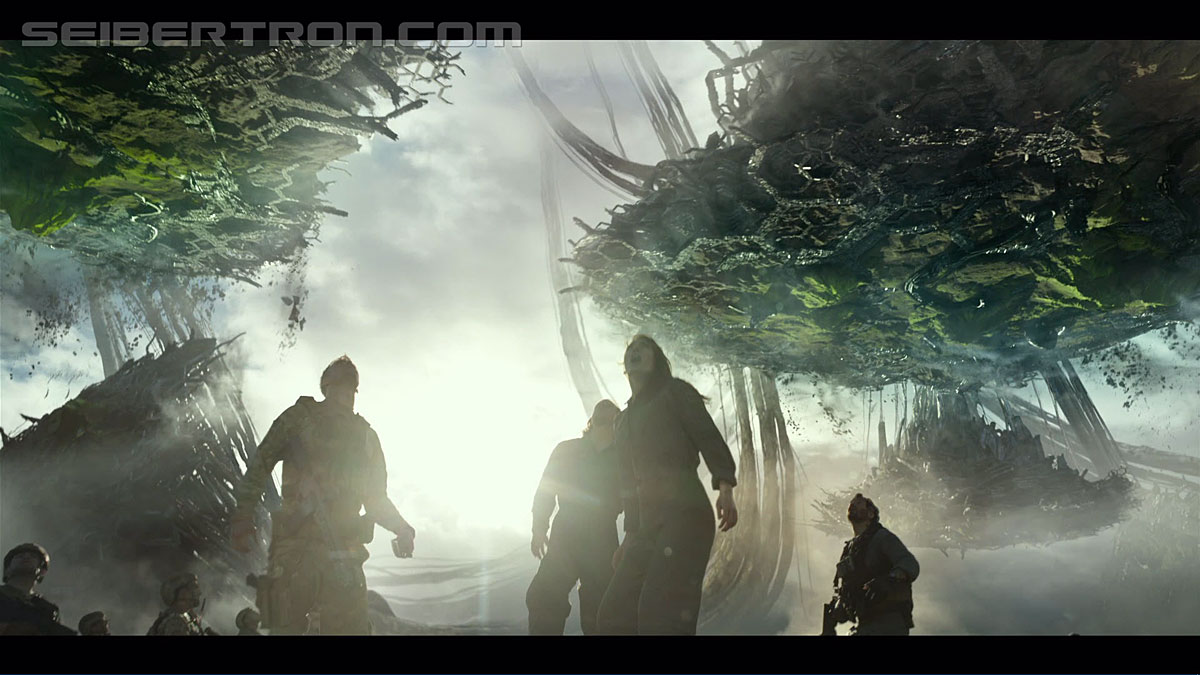 Gardening at this time of year just isn't a good idea, ok?

The big tease from the end of the trailer is a hot topic of discussion as well. Might Optimus Prime really be embracing his little seen evil side, or is this just a ploy to get us talking? If it's the latter, then it looks like it definitely worked! 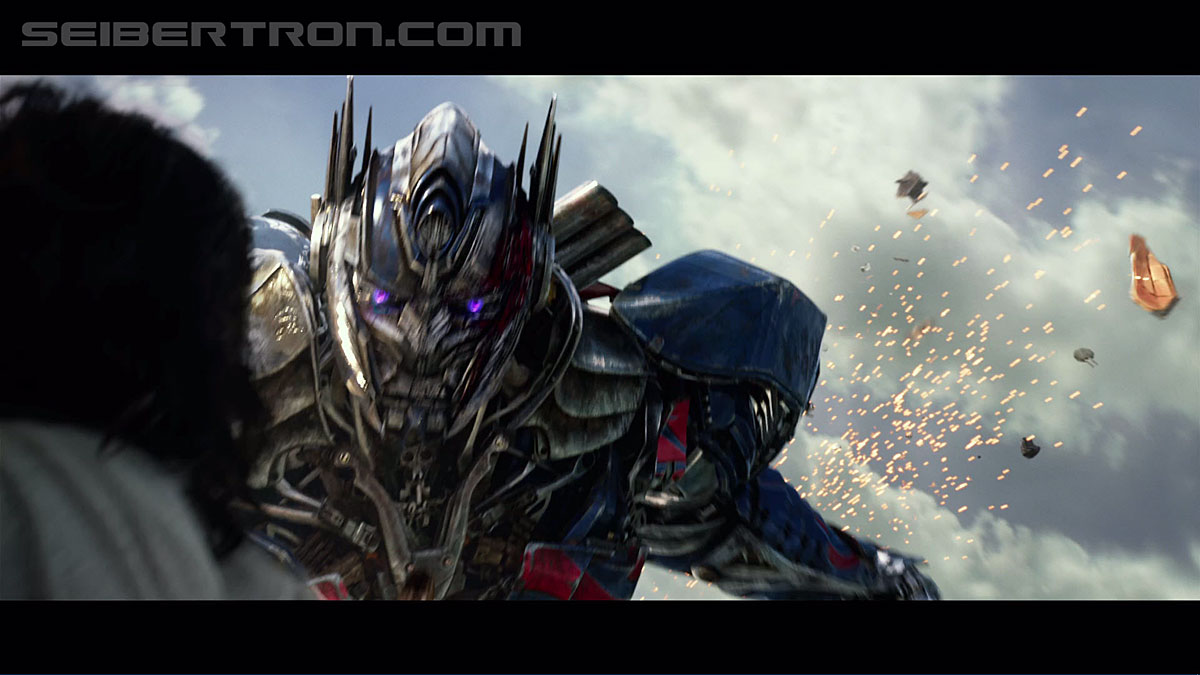 No face given, therefore face taken?

We switch gears from The Last Knight, as Seibertron interviews one of the creators of the upcoming mobile game from Kabam, Transformers: Forged to Fight. Listen in for details about the game, its release, and much more. 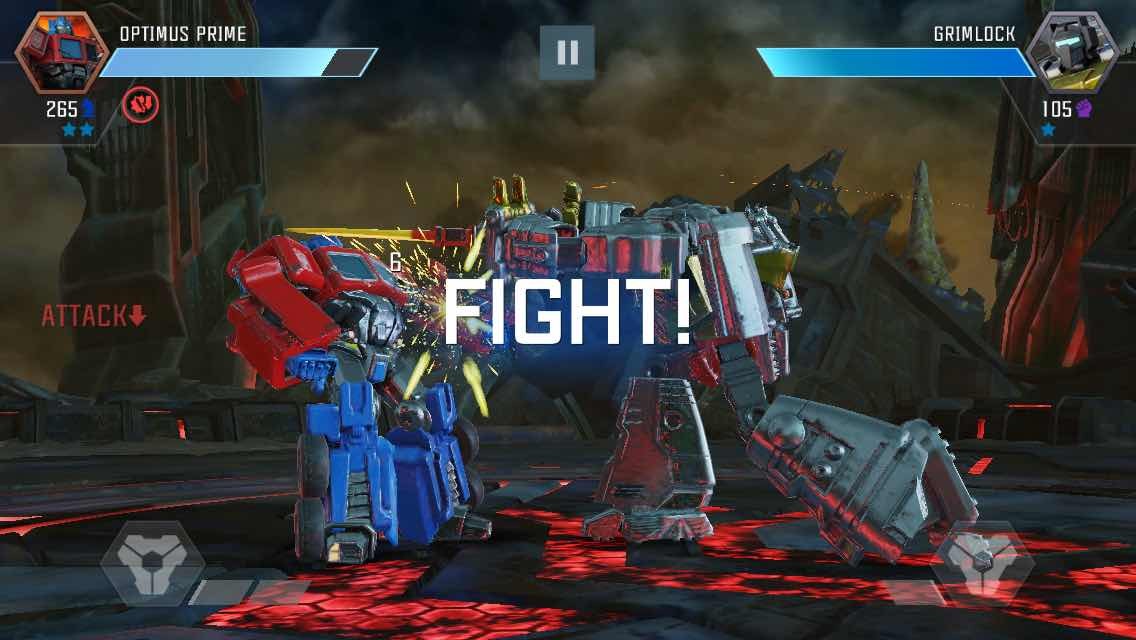 I hope there's a car to destroy after this.

Don't forget the additional screens from the game available here for you to whet your appetite for Transformers brawling action even more. Sound off in the Energon Pub Forums if you're excited for this next foray into mobile Transformers fun! 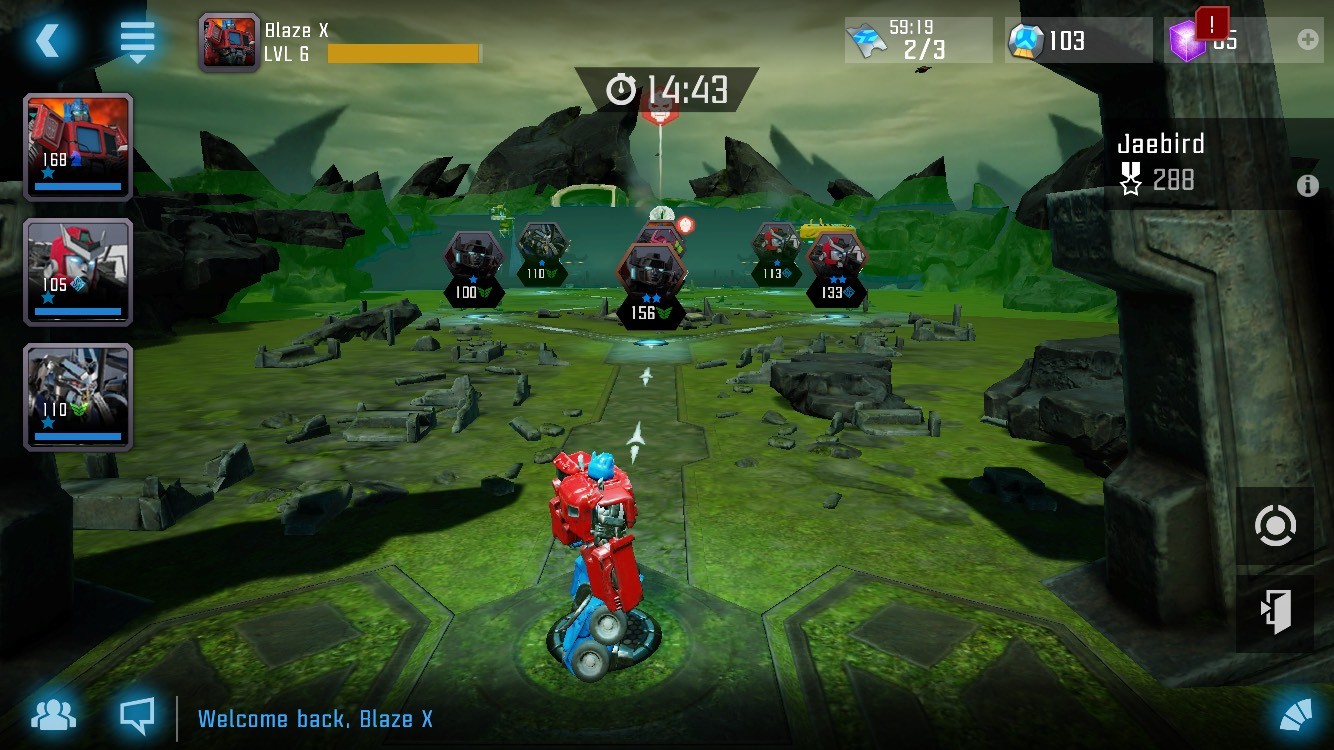 Just what type of game is this? Tune in to find out!

Hope you enjoyed listening! Check back very soon as we wrap up our recording year and look ahead to 2017!

The Swastika, as used by Hitler's Nazi regime, is not a symbol that is forgotten in Europe, and no one is trying to bury it or hide it or forget it. Germany is actually the worst example of a country trying to bury its past - they're leading Europe in historic preservation because of the existence of that symbol and what its government did internationally, they teach it in schools (which Britain does not, for example, do for its Empire). We also have freedom of speech, it is not an American prerogative. And like in the US, its concept is warped and abused. Look at Stormfront, look at the Front National, look at the Lega Nord, look at Britain First, UKIP, the Golden Dawn. Look at how they claim protests against them are

Similarly, the US are very much aware of its symbolic power, as has been seen in the run-up and the aftermath to the presidential elections. The KKK use it, swathes of Trump supporters use it, the likes of Bannon, Spencer, and their acolytes use it, and not just because it looks cool or as a trendy collectable item, but with political intent, and the intention to spread hatred.

That whole segment felt a little uncertain, naive, and perhaps lacking in international research and awareness (Churchill was not a hero, he was a conservative prime minister who happened to fall on the right side of history in WWII, but a war-monger in many other respects). That symbol is everywhere, even right now, and in the US in particular. Just ask megatronus.

This comment has nothing to do with Transformers, or the trailer, or how it's used in a fictional setting for entertainment, or the podcast team. But that segment really pushed several of my buttons, and I had to address the comments.

Dr Va'al wrote:That whole segment felt a little uncertain, naive, and perhaps lacking in international research and awareness (Churchill was not a hero, he was a conservative prime minister who happened to fall on the right side of history in WWII, but a war-monger in many other respects). That symbol is everywhere, even right now, and in the US in particular. Just ask megatronus.

This comment has nothing to do with Transformers, or the trailer, or how it's used in a fictional setting for entertainment, or the podcast team. But that segment really pushed several of my buttons, and I had to address the comments.

We'd chatted a bit privately, but want to put down here publicly - thank you for this. Hard as we try, perspective can be an easily forgotten thing.

We'll do better moving forward with respect to doing some research on sensitive topics, especially ones like this where a subconscious Americentrism factors in to off the cuff thoughts and statements. My apologies to our listeners for our ignorance on this topic, and I hope you'll forgive us for the offensive assumptions.