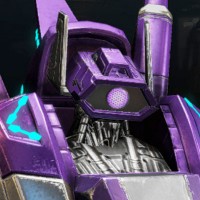 We're back with a new episode of the Seibertron.com Twincast / Podcast. In this episode, regular members Seibertron, jON3.0, and Tigertracks are joined by special guests (and podcast veterans) joevill and Blurrz as they tackle the latest Transformers news, games, cartoons, and toys. The episode may be downloaded directly from Seibertron.com or from our RSS feed. The podcast will be available within 24 to 48 hours from iTunes once they have synched with Seibertron.com's RSS feed. This episode clocks in at 2 hours 36 minutes and is approximately 71.5 MB.

In this episode, the Twincast / Podcast team discusses the following topics:


AEON EXCLUSIVE TERRORCON BUMBLEBEE
--------------------------------------------------
Bio translation: The weapon Bumblebee discovered at the excavation site appeared at first glance to be just a normal piece of equipment. However, the moment curiosity got the better of him, his consciousness was swept away by waves of Dark Energon coursing through his body. This was no ordinary weapon, but a trap planted by dark medic Knock Out! The Dark Energon secreted by Arms Micron Terrorcon Zori has transformed Bumblebee into a rampaging beast. If he is not given immediate treatment, all of the Autobots will be at risk.

Infection Mode: A mode in which he uses his Twin Cannon for long-distance attacks in all directions to deal damage to opponents, then rushing in with blazing speed to infect them with Terrorcon Zori's Dark Energon stinger. Covering both close and long-range combat, this is an incredibly effective combination for Bumblebee. 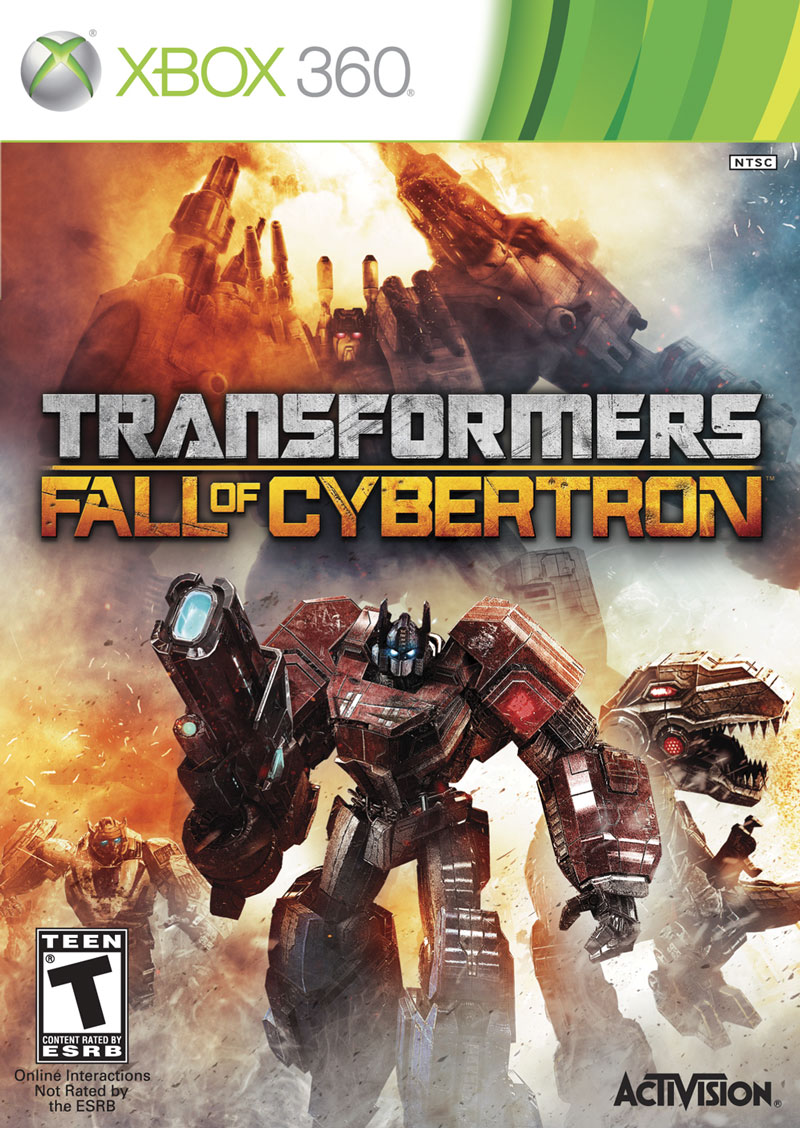 Re: Twincast / Podcast Episode #53 "Fall of Seibertron" (1414067)
Posted by xyl360 on August 27th, 2012 @ 10:20pm CDT
If they did do Chinese Zodiac Beast Wars figures, I believe they already have everything they need and I think it would be awesome (this of course coming from a Beast Wars freak

My best friend and I loved playing co-op campaign mode in WfC, though admittedly we're used to coordinating our efforts in such games from years of practice.

I hate how linear the campaign mode is which makes it feel almost 2D like a sidescroller from the 80's, I hate that you can't customize the keys to your liking, and I hate that you don't get to play as any of the race cars from WfC (Sideswipe, Barricade, Breakdown etc.), I hate the loss of double-jumping, I hate how slow the vehicle modes are, even with turbo etc.

I love the weapons, though I only find 2-3 of them to actually be of any use (Riot Cannon in particular, Megatron FTW

I liked certain aspects of the cinematic feel, particularly the end where you jump from one side to the other (Autobot to Decepticon) and from one character to another rapidly. In fact, if the entire game played out like that, it would have been much better in my opinion.

I hate how short it was. I beat the game in like 2 days, and it only took that long because I got bored and had to stop in the middle of playing (though admittedly WfC wasn't too different in this department). I hate how each level was 'tailor made' for each specific character. This again made the gameplay feel very 2 dimensional.

I also noticed that some of your US figures are classified as (Metals) in the galleries for some reason and I never could figure out why unless I'm mistaken and they actually are all Japanese figures (US was Transmetals, Japanese was Metals).
Re: Twincast / Podcast Episode #53 "Fall of Seibertron" (1414104)
Posted by Trikeboy on August 27th, 2012 @ 11:57pm CDT
Masterpiece Lambor does have translucent windows.

Re: TFCCSS; I was waiting on your discussion before deciding on taking the plunge- no offence, but still confused.

I hope that some day I get lucky enough to be in a game with a Jon3pto commentary, but wondering if I am doing something wrong, or am I just that bad, my Titans seem to just show up and blow up- I can't seem to survive any shootout.

keep up the good work--

Lonrac.
Re: Twincast / Podcast Episode #53 "Fall of Seibertron" (1414207)
Posted by ChZuck on August 28th, 2012 @ 11:55am CDT
fun episode this podcast. between the FOC talk at the beginning and the classics talk near the end it's almost like this ep was geared directly at me!

I had a great time playing MP with you guys last tuesday! i hope to get more opportunities to do so in the future. playing MP the rest of the week made me feel like a small fish in an ocean as i got killed over and over where playing with siebertronians made me feel like a contributing part of a team. anytime you see me on xbox live feel free to send an invite over!

I started seriously collecting transformers again when the classics line started and put a hard limit on myself of only collecting figures that were accurate reimaginings of the G1 characters. As time has gone on i've had to make excuses for some figures and there have been quite a few i've skipped out on even in the universe line. I'm still looking for a hardhead and red powerglide as i conisder white powerglide a large version of micromaster hothouse to combat his black decepticon counterpart storm cloud. bludgeon seaspray earned a way into my collection from the movie lines along with warpath repaint sparkcrusher(the action master), red sideswipe repaint swerve( which is G1 autobot chase in my collection) and runamuck. I still need shadow striker(the black wheelie repaint) from the second movie line for a runabout to complete the duo. I feel a couple smaller bots are better representations of them than the collector club versions.

i've even added lugnut to the collection along with Drift as while they arent G1 bots they are great figures and good additions to the line. but i've passed on the tiny trailbreaker as him and hoist need something a bit more substantial in size to stand proudly with their teammates.

great job as always. as i said last podcast, you ever need someone to answer any questions on the old marvel comics, the FoC game or the classics line i'm always available. keep up the good work!
Re: Twincast / Podcast Episode #53 "Fall of Seibertron" (1414225)
Posted by jON3.0 on August 28th, 2012 @ 1:12pm CDT
I play videogames most evenings around 9-10 pm CST and my gamertag is jon3pnt0, so if anyone wants to sit in on some colorful TF gameplay commentary with the characters themselves, feel free to join!

Here is the rest of the Jack Angel interview!

Maybe I'll finally take the plunge and get an Xbox so I can play some FoC with y'all.

For me, a Classics figure is any figure that provides a striking homage to the G1 character. Mainly, I want to look at my shelf and feel like I'm looking at the cast of the G1 cartoon/comic. I look for accuracy in color scheme, molded/paint details, robot and (to a lesser degree) alt mode. While most of my Classics display is made up of figures from the Classics/Universe/Generations/RtS lines, I have included a few exceptions for characters who have not received what I consider a Classics style upgrade. Such exceptions include RotF Bludgeon, Animated Swoop, PRID Arcee (as Classics Chromia).
Re: Twincast / Podcast Episode #53 "Fall of Seibertron" (1414287)
Posted by Blurrz on August 28th, 2012 @ 4:53pm CDT
Fun episode to be in, hahaha. I'm Hemskinator on XBL.

I would like to say that the FoC customization is hell of fun, especially with the Prime + Full Level upgrades, when you can get the crown heads (Bumblebee, Optimus, Megatron, Starscream). Running around with a King Starscream character in multiplayer would be hilarious. Or... King Sunstorm ala MP11S

Might have to get 4 turtle microns and repaint them into the obvious.

I wonder if Classics Grimlock will now be obsolete and forgotten with the FoC toy coming out..

Re: Twincast / Podcast Episode #53 "Fall of Seibertron" (1414362)
Posted by Sabrblade on August 29th, 2012 @ 12:05am CDT
DUUUUUUUUUDE, Jon, I totally remember Van Pires! I used to love that show when it aired on (I think) Fox Kids. It had these human that turned into CGI car-based guys who were like half-man, half-car hybrids.

And if I'm not mistaken, FunPub has used that mold for a previous Botcon exclusive, so perhaps they still have access to it?

Sabrblade wrote:DUUUUUUUUUDE, Jon, I totally remember Van Pires! I used to love that show when it aired on (I think) Fox Kids. It had these human that turned into CGI car-based guys who were like half-man, half-car hybrids.

Haha! So cheesy that it's awesome!

Sabrblade wrote:DUUUUUUUUUDE, Jon, I totally remember Van Pires! I used to love that show when it aired on (I think) Fox Kids. It had these humans that turned into CGI car-based guys who were like half-man, half-car hybrids.

Haha! So cheesy that it's awesome!

It gets better. These teens did this by climbing into the driver's seats of junkyard car chassis and, after turning their keys into the ignition and yelling "Mission Ignition!", the car chassis literally morphed around the bodies of these guys turning them into the Motor Vators.

The bad guys were similar beings only based on cars and folklore monsters instead of cars and humans. They were the Van-Pires and were led by Tracula, a truck/vampire hybrid.

joevill wrote:BTW Jon, I loved the interview at the end and the Easter Egg at the end of the podcast.

I wondered if anyone was going to catch that.

Spaceship Bruce wrote:2 hrs 36 minutes, & I'm guessing about half of that is Jon 3.0 giggling at his own jokes.

I will try sitting quietly and being boring. So sorry for displaying a sense of humor.
Click here to view additional comments about this topic at the Energon Pub Forums ...