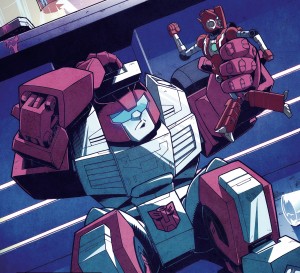 Episode 81 "Fixit" is available directly and in our RSS Feed and should appear on iTunes within 24 to 48 hours of this news post.

Dark Cybertron is upon us. You've read Va'al's review, now see what the Twincast crew thinks of the culmination of years of plot threads finally being drawn together.

Special topic: cleaning and repairing Transformers! The crew delves into some tips for fixing and improving everything from junker G1 figures to modern figures with factory defects.

Next, we take a keen eye toward the recently revealed Hasbro Product Listings. We discuss the code names, the cancelled figures, and our thoughts on the future. Are we excited? Miserable? Are our bodies ready? Find out! 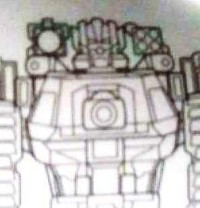 From the list of things to come, we shift our focus to some figures coming very soon but discussing the in-hand images of Waspinator and Skids. Check out our thoughts before a thought bullet undoes them!

Can a thought bullet undo the oddity of the upcoming simplified Deluxes? We look for the bright side and finally settle on some hope in the Simplfied Voyagers.

Next up is some gallery discussion for the recently released Transformers Collector's Club Subscription Service 1.0 Ultra Mammoth and Black Big Convoy. Does this figure close out the first subscription service well? 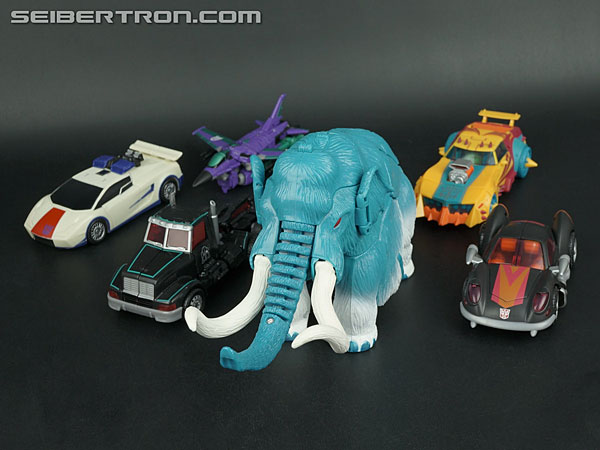 We answer a listener question from mooncake623, discuss our latest bragging rights, and then close out the show with some thoughts on Optimus Prime Riding Grimlock[/url

Thanks for listening to the Twincast! Your continued support means so much!

It's almost a widely accepted convention to not use them at all in contemporary comics, in favour of captions. Neil Gaiman pointed this out as he started working on Sandman: Overture, and how he had to get used to it.

But nice point!
Re: Twincast / Podcast Episode #81 "Fixit" (1532864)
Posted by Flux Convoy on December 2nd, 2013 @ 7:52am CST
I can't be the only iTunes user. Is it available for others yet? I haven't updated it in a while due to people losing their entire catalogues with the update following my last. Maybe that's the issue? Feedback would be appreciated.

megatronus wrote:Just finished up the Podcast - Scotty P, you did a great job!

Just saw this. I appreciate that greatly, trying hard to do a good job while Counterpunch can't be on - impossible standard to match but I'm glad to hear it was good!
Re: Twincast / Podcast Episode #81 "Fixit" (1532995)
Posted by Flashwave on December 3rd, 2013 @ 12:29am CST
Enamel Thinner Just FYI, Enamel thinner can eat plastic. Dunno about the types of plastic used by TFs, but youcan turn a plastic brittle and crumbly with enamel thinner.

Arms Micron: I already mentioned Crab Guy when I did a post of Arms Micron version of Sights. I realize its not a hard concept,, but GET OUT OF MY HEAD!

On the Molds The way a lot of Chinese laws work, the molds themselves, the physical actual casting molds are the property of the factory, not the IP person. Yeah, its GHasbro's product, but the Chinese company made the molds, and the plastic is there's. Hasbro could fight tooth and nail and protect their product from contractor warehouse, or better yet create their own factory vs. leasing/contracting, but they can't/won't, so its not really even their own fault that they don't destroy the mold, because its not theirs to destroy.
Re: Twincast / Podcast Episode #81 "Fixit" (1533139)
Posted by peril on December 3rd, 2013 @ 11:03pm CST
Thank you for the excellent podcast!

I'm mostly a lurker in these places.
But I listen to a lot of podcasts (yours is my #1 for Transformers).
And I just wanted to say, I really enjoyed this episode. I live with half disassembled G1 toy projects around me at all times lol. I get a lot of fun messing with these things in all the ways described in this show and just really liked listening to other folks get so in depth talking about it. Fixing, cleaning, swapping, etc. Funnest part of the hobby and this has been my favorite episode.
So, though I'm not a real active member here and sure you have no idea who I am.. I wanted to say this topic was rad! Hope to hear some more on it in the future

Years ago, before the big TF boom when prices were more reasonable I bought a used but mint Star Saber and Victory Leo. The day I got them I couldn't wait to open them up and play, transform them since I was impressed with the combining gimmicks. Star Saber was fantastic and I quickly moved on to Victory Leo. The transformation was very simple into lion mode so I began on one the left lion leg which promptly popped off in my hand... next thing I remember I was looking up at my leg straddling the seat of my dinning room table chair, from the floor. Apparently as the leg came off I quickly lost consciousness. After about 30 minutes of wailing and cursing I began to examine the figure more closely and realized that I might be able re-attach the leg...

Carefully, and I stress carefully I cut into the seams of the leg, now covered by almost 15 year old stickers, and began to unscrew and open the leg up. The lion limb was attached to a typical ratchet system popular to the day and seemed like an easy fix. Did you know the housing of the geared part of the ratchet holds a spring? I didn't and boy was I surprised as it flew out of its shell as I fell like a heap onto the floor again!

After coming-to, and grabbing a pillow off my couch just in case, I proceeded to get to the task of re-attaching the leg and fixing the ratchet gear. The work was rather intuitive, or the repeated blows to the head triggered something in my brain, and I was done in no time; Victory Lio was as good as new. You can't tell the stickers were cut through on the leg as well. That's my best TF fix story.
Re: Twincast / Podcast Episode #81 "Fixit" (1533223)
Posted by ScottyP on December 4th, 2013 @ 9:49am CST
Did you really pass out?
Re: Twincast / Podcast Episode #81 "Fixit" (1533273)
Posted by chuckdawg1999 on December 4th, 2013 @ 1:06pm CST

Flux Convoy wrote:I can't be the only iTunes user. Is it available for others yet? I haven't updated it in a while due to people losing their entire catalogues with the update following my last. Maybe that's the issue? Feedback would be appreciated.

It's showing up now for me. Still having issues?
Re: Twincast / Podcast Episode #81 "Fixit" (1533639)
Posted by Kibble on December 6th, 2013 @ 3:00pm CST
re: MP KOs. If they were coming from the same factories, why would there be any mold differences or stupid name misspellings if they came from the same source? Apparently the Sideswipe mold has some thicker parts here and more rounded parts there...it's a good quality KO, but not identical.
Re: Twincast / Podcast Episode #81 "Fixit" (1534745)
Posted by RodimusConvoy13 on December 12th, 2013 @ 11:52am CST
I enjoyed the episode. Scotty, you are a fine host.

As for a listener question/suggestion of a topic:

Many times on my way out to work, I grab a transformer off the shelf to mess with at work. Sometimes this can be fun. I might have forgotten how cool a figure is, or if it is fun to transform. Other times, I grab a figure that I remember being a lousy figure after messing with it for a bit or the transformation is just a bear and it's more stressful to transform it than work is.

So my question, what older figures do you guys go back to and realize "wow, what a cool figure." or "Blaargh, this is a terrible figure."

Kibble wrote:Just a heads up...your question is probably more likely to be answered if you post it in the 'ask the twincast' thread.

Ask a question in the Ask the Twincast thread = it'll get answered on the show, at some point. I go through that thread before each episode, and we fit in any questions that time will allow