Welcome to the latest edition of the Seibertron.com Twincast / Podcast. We're back with another exciting episode that features your host Scotty P along with Jon 3.0, Tigertrack, and xRotorstormx. Sit down, tune in and get excited as we discuss all the latest news and reveals.

Episode #155 "Pillarboxed" is available directly and in our RSS Feed and should appear on iTunes, and Stitcher Radio within 24 to 48 hours of when you see this news post.

The 30th Anniversary edition of The Transformers: The Movie is set to be released in mere days on September 13th but our own Scotty P was lucky enough to *somehow* get it before any of us ("Editor's" Note: Thanks, Shout Factory!) We'll talk through the extra features included with this new version, and look back on previous versions of the movie from years gone by.

By the way, if you want to experience all the details for yourself without a breakdown beforehand, you'll want to skip to about the eighteen minute mark in the audio once you hear the movie talk crank up. If you do that, just be sure to come back after this next Tuesday and catch our thoughts. 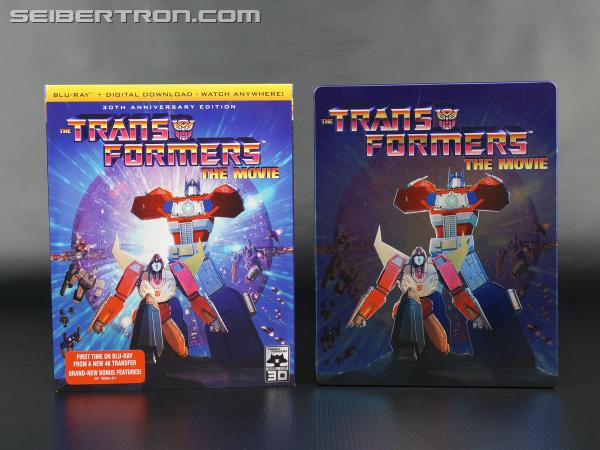 Hot on the heels of Masterpiece Inferno, comes the one and only Grapple. The cast grapples with balancing want of a cool toy with indifference of a character. Also, speculation about other upcoming Masterpiece figures is found within. Is Hoist an inevitability? 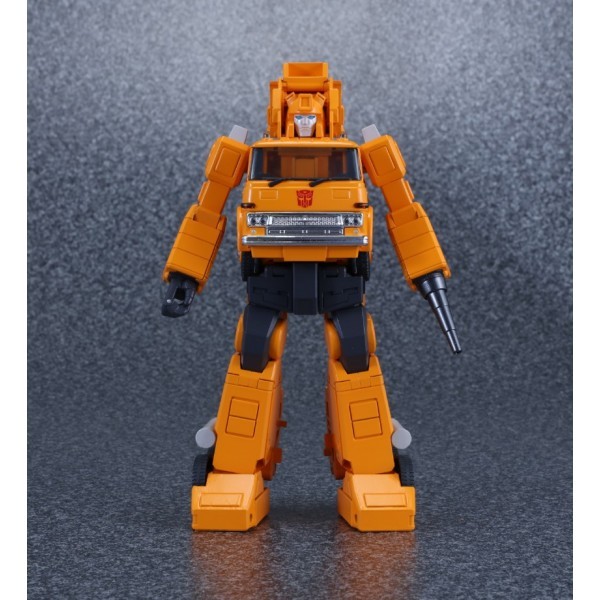 On top of his reveal, we also got wind of the next two possible Masterpiece figures, starting with, at last, a new Megatron? Put another way, Megatron, is that you!? Our show has a hint. 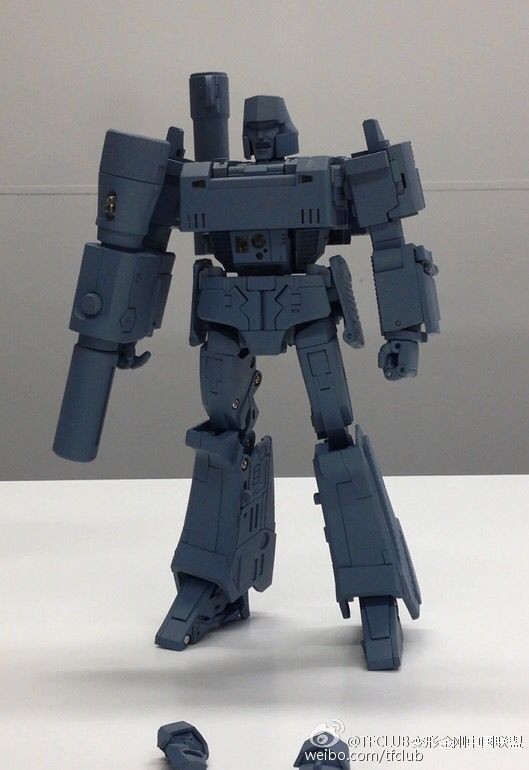 Masterpiece also looks to be taking a turn down the stone cold highway to hell as the sound of broken glass appears to be ushering in a new era: Shattered Glass Masterpiece, starting with none other than Optimus Prime. You can take a look back at the history of Shattered Glass with our SG Optimus Prime 2.0 gallery. We also talk about SG Megatron, but maybe not in the way you'd expect! Why? Well, the picture below from Seibertronian Mindmaster will help as a visual aid for the speculation heard within this episode.

The topic struggles to come to the forefront for a bit, but we finally get around to talking about popular toy line and show topic, Titans Return.

No, seriously, we just can't seem to get to it for awhile. Even this comes up to distract us along the way!

There's an entire playlist of these terrible/amazing G2 toy ads on the site's YouTube channel, so check it out for maximum face-palming/jammin'!

:ahem: Anyhow, we finally do reach our Titanmaster promised land, and not a moment too soon. Wave 2 of the Generations Titans Return toys have started to hit the shelves and with most of the crew having them in hand, we turn all negative Nancy on a few but we end up balancing those out with some high praise. 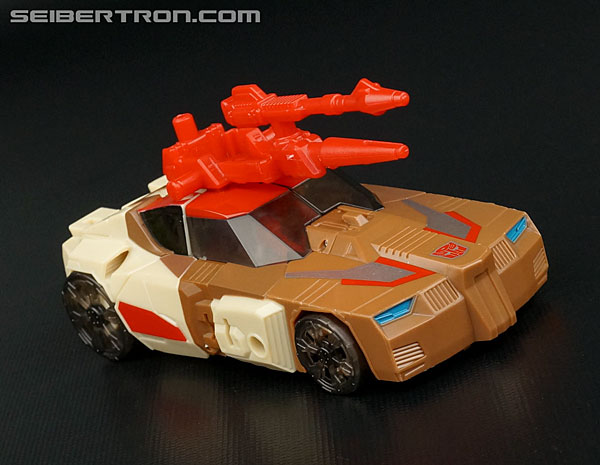 An interesting list recently appeared of some rumored future Titans Return toys that may be coming down the pike. You'll have to tune in to find out what we think is real, what we think is wishful thinking, and what names might actually show up on packaging. Shattered dreams within, or just a lowering of expectations? Perhaps neither? 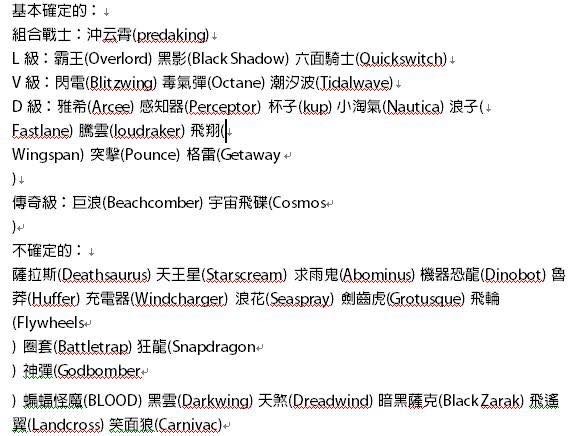 Robots in Disguise looks to be doing its best Transformers Victory Multiforce impression with Combiner Force. The recent app update leads to a conversation so in depth, you'll probably be finished reading this sentence in the time it takes for it to all play out. 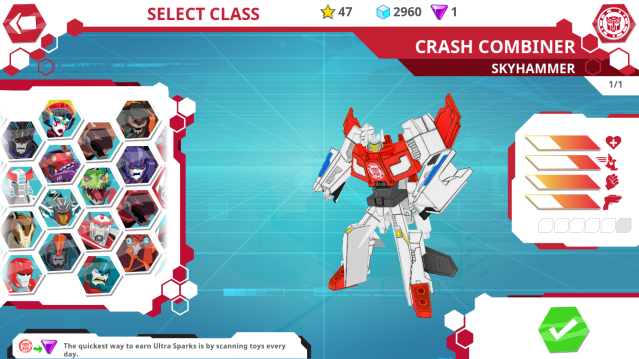 Up next, our comic gurus discuss the latest comic issues of TF: Titans Return, MTMTE, and Till All Are One. A quick look at the latest stories and thoughts on where we think things may go from here await. In addition, one cast member just might have been hooked by a recent preview showing more of the potential of the Combiner Wars arc brought back to the forefront.

Up next is a great listener question from one of our news staff members, william-james88. New molds of existing characters, or repaints of existing molds into new characters - which reigns supreme? 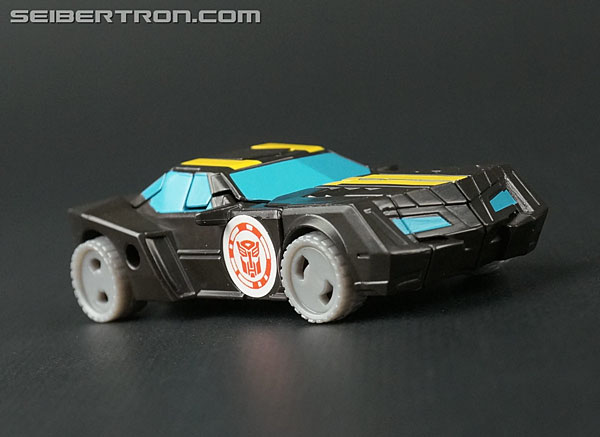 To wrap up this episode, we have another exciting round of bragging rights. Tune in to find out what neat stuff we got our hands on since last episode. Find out how friend of the show Flux Convoy lends a hand in this episode's bragging! 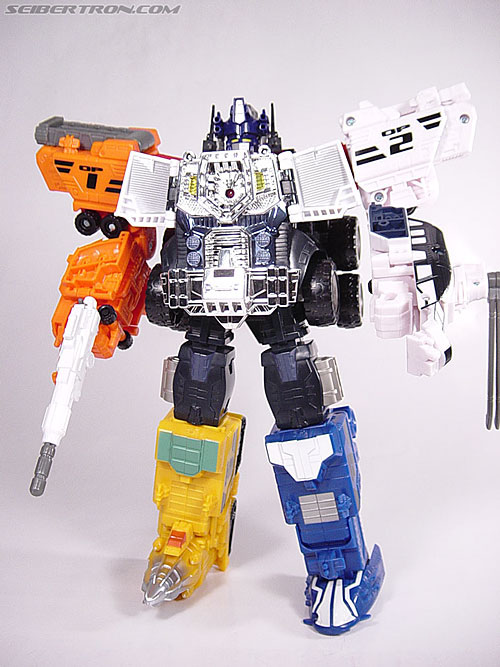 Plus: Jon 3.0 wins bragging rights for the remainder of all time forever and ever. Seriously. Most of you know why, but if not, be sure not to miss this!

Hope you enjoyed listening! Check back in about two weeks as we prepare for the Revolution.


Well, I reckon I want this Grapple. He looks great! Better than Inferno, in my opinion. I have MakeToys Hellfire and am happy with it, so Grapple gives me an excuse to try this mould!

Megatron. Hrm. Annoying. To be honest, I'm still thinking about ordering MakeToys Despotron. He just looks better to me and his transformation looks like a blast!

Shattered Glass Prime. Easy pass. Never cared for Shattered Glass and Masterpiece is my only hobby focus these days (though my resolve is being tested by the Titan Returns updates to the original Headmaster. Tested hard.) so there's simply no need for him.

I gotta say, having the official figure matters less to me these day for Masterpiece. I don't feel the need to replace 3rd party just for the official tag. FanToys Dinobots, Shockwave and Perceptor a perfect for me. Likewise MakeToys Protectobots, Inferno and Megatron. While not for everyone, they fit what I want from our (let's face it) very personal hobby! And hey, that leaves one more official figure out there for someone who DOES want it.


Not noticing the read order kinda screwed me up with Titans Return and MTMTE. Figured it out in the end. Entertaining enough. TAAO is finally getting somewhere and holy cow! That preview! I CANNOT wait for that issue to be delivered! An insight into a combiners mind in general and Bruticus's in particular is MOST welcome.


Finally, congratulations to Jon 3.0 for his bragging right for finally getting to voice Prime officially! Hoping you get that original character(s) gig sooner rather than later!

Big Grim wrote:That sounds like a corkin' Blu-Ray release. Might have to get it, though I'm still happy with my dvd copy.

I should stress that if you have a HD TV, any subjectivity on the coloration aside, you won't regret the upgrade for a second! This one definitely looks nicer overall than the Metrodome one that's been available for some years as well.
Re: Twincast / Podcast Episode #155 "Pillarboxed" (1824344)
Posted by Big Grim on September 13th, 2016 @ 10:04am CDT

ScottyP wrote:I should stress that if you have a HD TV, any subjectivity on the coloration aside, you won't regret the upgrade for a second! This one definitely looks nicer overall than the Metrodome one that's been available for some years as well.

Nice! Thanks for the endorsement of the Blu-Ray!

Menace-Or? wrote:Ha! I can't believe Bradlees got name dropped! I grew up in CT. I wonder if Claire remembers Caldor?

I kind of thought it was more of a call back to the unreleased/unproduced Alpha Trion Botcon figure.

I kind of thought it was more of a call back to the unreleased/unproduced Alpha Trion Botcon figure.

Yeah, thats what I thought. Plus that botcon homage persists with the other alt mode which references his other Botcon toy: So this Alpha Trion pretty much has the only 2 alt modes he was ever shown to have within the brand (through Botcon toys).

Also, it was releaved that the Shatered Glass Optimus is indeed a Takara toy, especially since he is numbered as MP 10 SG it is meant to be released only in Asia through Hasbro Asia/Transformers Asia.

It is the same scenario as with MP 11 SW, a couple years ago, where he was a Takara toy but only released for the Asian market.