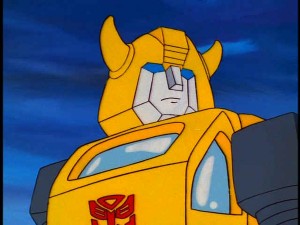 The Seibertron.com Twincast / Podcast decided to record the day before the Tokyo Toy Show because they completely forgot it was happening this week. Scotty P and Megatronus meet up to discuss everything except all the latest news as a result, but still have a fun time going through topics like Hound, the latest fan vote and much more. Stick around for the special topic questioning how much more Bumblebee we can all take in the future.

Episode #225 "The Overexposure of Bumblebee" is available directly and in our RSS Feed, and should appear on iTunes, Google Play, and Stitcher Radio within 24 to 48 hours of when you see this news post.

Posted 2 days ago
News Categories: Toy News, Movie Related News, Comic Book News, Cartoon News, Site News, Rumors, Event News, Digital Media News, Collectables, Game News, Sponsor News, Site Articles, Store News, Company News, People News, Press Releases, Sightings, Reviews, Unlicensed Products News, Auctions, Transtopia, Interviews, Knock Offs, Collector's Club News, Editorials, Heavy Metal War, Podcast, Contests, Book News, Top Lists
Click here to post your comment about this news story!
Re: Twincast / Podcast Episode #225 "The Overexposure of Bumblebee" (2024804)
Posted by Deliverence on June 16th, 2019 @ 5:37pm CDT
I would have to say I don’t believe Bee is over exposed; it’s more like since he’s always used as a gateway bot to introduce you to a series he’s forced to fill a role in each narrative that another character is more suited. This almost seems like a Hasbro directive with him being the gateway bot in every franchise. I think he would have filled Rubble’s role better in the new series and his role would have made more sense with a mirage or sunstreaker type. Someone a little more cynical or rough around the edges but with a friendly demeanor even a jump would do
Re: Twincast / Podcast Episode #225 "The Overexposure of Bumblebee" (2024826)
Posted by Stargrave on June 16th, 2019 @ 7:03pm CDT
I might dare to say Bumblebee at times fulfills the Bruce Wayne Roll with Optimus filling that Batman role.

Bruce Wayne doing Batman kung fu against ninjas before he can properly change into his Batman attire is not unlike Bumblebee shielding Spike from a Decepticon Cassette attack but when the Seekers show up, you know you're like ohhhhh dang, where's Optimus just the same as you're like ohhhh dang when can Bruce get the cowl on and really lay into these guys.

Just a thought that came to mind while listening.
Another great episode guys!

P.S. I've never been into card gaming other than Plants Vs. Zombies Heroes mobile (and although that uses digital cards I don't even know if that counts) but you guys have me itching to figure out how to play the new TCG.
Re: Twincast / Podcast Episode #225 "The Overexposure of Bumblebee" (2024838)
Posted by Nemesis Primal on June 16th, 2019 @ 8:13pm CDT
This is actually my first time having both the time and interest required to tune in since I joined, I'm definitely going to listen to more now I think. Good show mates, keep it up.

I'd say I somewhat agree with the Bumblebee sentiments, yeah. I can't necessarily speak for the comics, as I only actually read the first issue and have read the TFWiki summaries for each subsequent one, but I'm definitely waiting to watch any of Cyberverse until the next season, since it promises actual Bot and Con casts instead of 1 and 1/2 Autobot characters fighting an endless army of repaints. I've never been a fan of him in any of the movies except his, but those movies weren't good anyway. I think we need less repetition and more new stuff in general anyway though, both separate from this Bee thing and directly as part of this Bee thing.
Re: Twincast / Podcast Episode #225 "The Overexposure of Bumblebee" (2024854)
Posted by Smedleyprime17 on June 17th, 2019 @ 1:28am CDT
I agree that Bumblebee is quite overexposed. I would say it's been true since 2007, when Hasbro first re-introduced him after getting the name trademark back. I enjoyed the film from last year, but kinda hope they can introduce Jazz, Sideswipe, Sunstreaker, Hound, Mirage or some other robot that Charlie and other people can hang out with.

As far as comics, they should keep as one of Prime's aides, like Jazz, Ironhide and Arcee in the previous IDW universe and focus on an original character like Rubble. Then introduce Rodimus or even Drift as the guy to be played off of.

I also found some wave 3 deluxes, but sadly only 2 Reflectors, they ain't 3 to a case!

AS for Bumblebee, I definitely feel the many different versions of him we have gotten have helped us feel tired of him. they cannot seem to 100% nail him down, and it tires you out when you have 5 different versions of the character so close to one another. He needs to settle in and let someone else take the wheel a bit, he just needs to take a breathe and let someone like Trailbreaker or Tailgate take the top spot for a bit
Re: Twincast / Podcast Episode #225 "The Overexposure of Bumblebee" (2024993)
Posted by ScottyP on June 18th, 2019 @ 12:19pm CDT

D-Maximal_Primal wrote:First things first, you talked about some intern born in 1995 writing up articles/interviews for sites that don't cover transformers and talk G1 when he doesn't even know that that really is and "Optimus Prime is a truck and blah blah blah", I felt personally attacked as I was born in 1995

My bad! A better way to phrase it would be that some of the articles mentioned are very unconvincing in their efforts to be anything besides carefully guided marketing.

Smedleyprime17 wrote:I would also say Windblade is a little too overexposed as well, if that makes any sense.

I probably would have agreed with this if Cyberverse hadn't made her work. She fits that role well and it's tonally similar to her role as a mediator/guiding force in later stage IDW. This continues on in Ruckleyverse IDW and it works there too. RiD 2015 was halfway there (which was weird given that Mairghread Scott wrote her debut episode) and the Prime Wars shows definitely had her feeling overdone, but they're back on track with her imo.