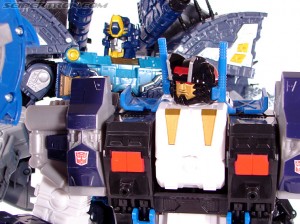 Back for the 285th time, the Seibertron.com Twincast / Podcast is here with episode #286 in the final stretch of an assured... Victory! Scotty P and Mr. Starscream catch up on Haslab Victory Saber one final time then proceed to disagree on everything else the rest of the night.

Episode #286 “They Might Be Giants” is available directly and in our RSS Feed, and should appear on Apple Podcasts, Stitcher Radio and many other Podcatcher sites within 24 to 48 hours of when you see this news post.

Posted 5 days ago
News Categories: Toy News, Movie Related News, Cartoon News, Comic Book News, Site News, Rumors, Event News, Digital Media News, Collectables, Sponsor News, Game News, Site Articles, Store News, Company News, People News, Press Releases, Reviews, Sightings, Unlicensed Products News, Auctions, Transtopia, Interviews, Knock Offs, Collector's Club News, Editorials, Heavy Metal War, Podcast, Contests, Book News, Top Lists
Click here to post your comment about this news story!
Re: Twincast / Podcast Episode #286 "They Might Be Giants" (2118075)
Posted by First-Aid on October 8th, 2021 @ 8:17pm CDT
particle man....particle man...doin the things a particle can...
Re: Twincast / Podcast Episode #286 "They Might Be Giants" (2118248)
Posted by Flashwave on October 11th, 2021 @ 4:14am CDT
I meant to stick this in an Ask the Twincast and I never got to ot. This is the last show for it, but when we saw photos of this, Lio is clearly less than a head shorter than Magnus and CHONKY. Star Saber is taller. But the creator flat says (or it says in rhe captions at least) that this was supposed to be a Voyager and a Leader. Is that Perspective again or what?

Whoo! Victory Saber is fully funded! He is getting his Shield, his BFG, and two Micromasters that can combine into ANOTHER BFG.

And a Flight Stand. That I will use. Maybe.

Shouki: you shoulda called me, Scotty!

Based on what I am seeing, Shouki looks close to HO Scale 1:87. The train mode should be roughly the same width as G1 Aatrotrain if I am right. Which is REALLY wierd given how broad he is in robot mode. ​the track threw me, it looked like a section of base track from Kato or Atlas, but its not. As to compatibility, I am not sure the wheels are to actual gauge; I would not be shocked if it only adheres to overall dimensions due to how things have to split for the transformation, (see every Astrotrain ever) and the wheels are narrow guage. Then again, the fact that they MADE track means the trainbots will all adhere to SOME Standard.


I'm gonna have to get this; I wouldnt live with myself if I didn't but I am not in love with that price point. At all. I really was hoping this would be more in the "high quality Generations bordering on Masterpiece" category than "Masterpiece but how many corners can we get away with trimming". The shell of thr bot mode looks more or less fine for what it is, and rhe transformation to get such a broad robot out of a long narrow stick is probably impressive, but some of the bot mode shots make it look like the entire back of the robot is super busy and full of the struts and slides needed to move the parts around and I dont want a robot ahaped pile of pistons and pulleys. Maybe what I am seeinf is just the Raiden kibble hanging out but it doesnt make me warm and fuzzy.

And the point IS valid that this is the first time we have taken a swing at Raiden since Diaclone, but for a fraction of the price Generations gave us a Devastator that other than the gauntlets and some armor pieces integrated VERY WELL. We dont know what the others will look like yet, but Shouki does not feel Masterpiecey to me and he only barely feels worth the price, and thats more "I will pay this because I want the official team" than actual worth.

A standard section of HO track with metal rails is roughly $4.50 at msrp retail, probably as low as $3 "street price".

This was not made for me. The splitting weapon is a nice touch, but the giant wing handle things in alt mode look wierd and otherwise its just an identical bigger version of a figure I have and don't actively display as is. Of the figures I would want to see redone from CYB this was NOT one of them. It doesnt do anything new or exciting. It is just a thing that is. But of people are clamoring for this then good for them. I just hope this doesnt sink the Titan Class

Stands are not my thing but these levitating standa are kinda cool. Missed opportunity though to dress one up as a MARB or MAAB or some other flying platform. My question is why repaint a Magnus into a Prime when we have several primes including one thats a part of that mold set? And then not include the armor? I could see him looking pretty boss in grey Magnus Armor.

I don't get the hate for Terrorsaur. The mold isnt super great but I like it. My only change would have been fake wings on the shoulders and maybe a way to fold the beast wimgs onto his back more fully (like doubledealer's) for a closer to accurate bot mode but of we never get another terrorsaur I am happy with this one.

I like Tigatron. I think in lieu of a Rampage figure in this universe he will fill that niche.

I like what Jackpot does, although I might swap Sights for the Arms Micron bird guy, but I dont like the yellow sides of the fenders. Too garish

Puffer and Ranger are my least faves, but I am down for Autobot army filler dudes.

You what I want to see now? Lets go off the wall and do the Silverbolt colored Seeker. No reason at all for it.
I am 2/2 on the Kingdom Tracks mold now with Road Rage. No leg issyes, pins all seem flush, they stand up. However my Rage has a crack in the blue shoulder socket that lets the arm come off if I try to swing the assembly out from under the car. Part of me thinks I might have done that? i had a few issues getting her out of the packaging and fear I may have popped that joint. Not sure if I can fix that or not. Its a small crack and the arm mostly holds. C'mon Loudpedal
Re: Twincast / Podcast Episode #286 "They Might Be Giants" (2118338)
Posted by ScottyP on October 12th, 2021 @ 12:43pm CDT

Funny you mention that, because if work hadn't been so mind-crushingly busy for me last week I would have started hitting up all my "super duper occasional guest spot" contacts

Just happened that Mr. Starscream got freed up at the last minute and we knocked this one out. Anyhow, good stuff on the train info and now that you mention the Silverbolt colored seeker, totally agree on that.
Re: Twincast / Podcast Episode #286 "They Might Be Giants" (2118413)
Posted by Deliverence on October 13th, 2021 @ 4:14am CDT
So, after the auction is over, for the love of god please tell us what it is! This has been driving me crazy since I listened to this episode last week!