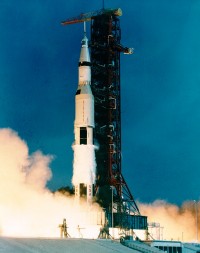 It's that time again! The latest installment of the Seibertron.com Twincast/Podcast is now available for your listening pleasure. This week the podcast crew discusses the Dark of the Moon Toys being released, new DOTM Galleries, the full BotCon guest list, Bay and Spielberg get inducted into TF Hall of Fame, Headmasters and Beast Wars DVDs, new TF:Prime episodes, our latest bragging rights, and we even throw in a couple of shout outs for good measure!

Dark of the Moon Toys released Out of His Head

Re: Seibertron.com Twincast / Podcast #20 "Moon Launch" Now Available (1227147)
Posted by PrymeStriker on May 23rd, 2011 @ 10:37am CDT
I ususally only listen to the parts where you guys talk about the toys. Well, when you guys answered NO to getting Leader Bumblebee, well, lets just say I was drinking hot chocolate...ouch.

Not me! Not a drinker.

RiD Hot Shot and RiD Ironhide. Both of which were some of the best voices of that show.

I wrote this before about Bay and Spielberg getting inot the Hall of Fame so soon:

Sabrblade wrote:While I do admit that these two have indeed played an important role in TF history, I would think inducting these two so soon seems kinda hasty. I mean, I'd think that someone like Simon Furman (who's worked on TF material for nearly all 26+ years) or Frank Welker (who's voiced a large chunk of iconic G1 characters plus many recent ones) would have gotten in before these two. It's like, these are getting in so quickly for their recent efforts before some of those who have been with the franchise for a lot longer.

I'm not saying that these two shouldn't get in. Just that they should... wait their turn.

The following, IMHO, should be inducted before Bay/Spielberg (in no particular order, though):

This new G1 box set is just like the Matrix set minus all that set's exclusive stuff. Imagine taking the DVDs from the season 1 set, both the season 2 sets, and the seasons 3 & 4 set; put those 13 discs together and you got this set. The Matrix set has three more discs of bonus content that this set does not have. It's basically Shout! Factory trying one more time to cash in on its G1 DVDs.

Hey, don't forget, the new complete series set of Beast Wars includes "Dawn of Future's Past", which not everyone has.

Episodes 12-14 of Prime were top quality episodes. 15, however, was just... okayish. The Starscream moments of "Shadowzone" were great, but the rest of it was... average.

The zombie hand was confusing, though. When it fell off ,it still moved. Back in "Darkness Rising", when a part of a Terrorcon (zombie) was cut off, it shut down.

While I didn't get the Transformers Animated: The Cool graphic novel, I did read all of it in English. And it was awesome.

And, Animated Black Rodimus is a new character, separate from his good guy counterpart.

Exodus vs. WFC vs. G1 vs. Beast Era vs. Unicron Trilogy vs. Movies vs. Animated vs. Itself. It's right here if ya wanna read it (took three months in the making) - Exodus Vs. Oh, and here's the news page of it.


1. It seems that I have to download the entire episode now, and then listen to it. Before, I could just stream the episode. I'd just click the link and the episode would start. I don't think I've changed any settings on my end. Has something changed? I notice that I'm directed to a "podcast file download" page recently.

2. Along with #1, I've had problems downloading the podcast. The downloads just stops, as if complete, at some random point short of the total file size. Has anyone else reported this?
Re: Seibertron.com Twincast / Podcast #20 "Moon Launch" Now Available (1227929)
Posted by Diem on May 24th, 2011 @ 7:17pm CDT

Sabrblade wrote:
I will be at BotCon 2011. This year's is gonna be awesome.

Another great one guys. Keep it up.

Sabrblade wrote:
I will be at BotCon 2011. This year's is gonna be awesome.

Another great one guys. Keep it up.

Too bad you're not a drinker 'cos I'd love to buy you a drink at Botcon.

jON3.0 wrote:It's not that I don't drink at ALL... I just don't OVER-drink and get drunk. Not my style. But I love free stuff.

See you in a week, Diem! You too, Sabrblade!

Galvatron X wrote:2. Along with #1, I've had problems downloading the podcast. The downloads just stops, as if complete, at some random point short of the total file size. Has anyone else reported this?

It Is Him wrote:I listened to both #19 and #20 today. You guys put these things out too fast.

Every two weeks buddy.
Click here to view additional comments about this topic at the Energon Pub Forums ...